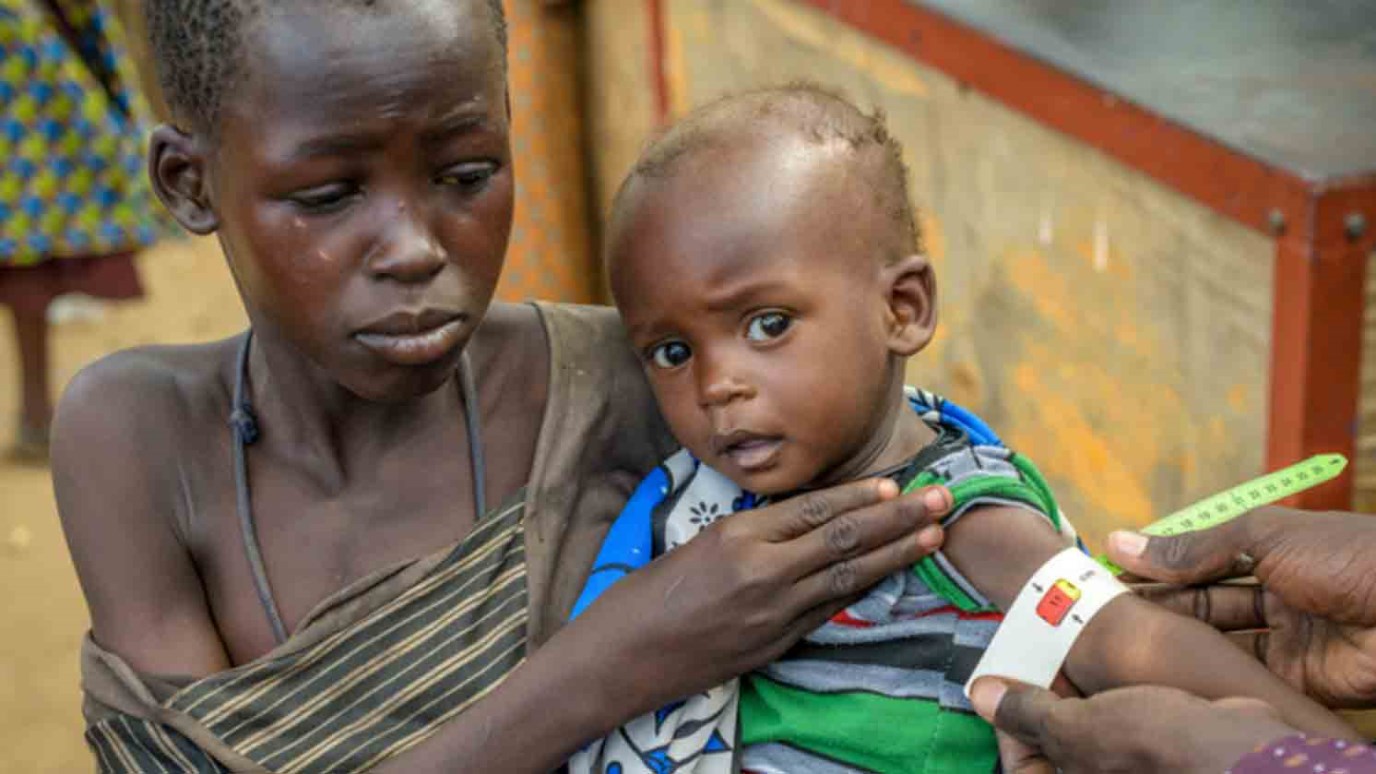 Turkana, in northwest Kenya, is a place of suffering, with drought and conflict producing a one-two punch that is beating the life out of the people who live here.

Children like 9-month-old Akusi are wasting away. The Global Acute Malnutrition rate, which indicates the severity of a hunger crisis, is 30 percent in Turkana right now.

“In 100 children, 30 of them are wasted,” explained Lydia Ndung’u, a nutritionist with World Vision. “When a child is wasted, they have lost muscle and fat mass.” Visible signs include a change in hair color and skin luster. Wasting, says Lydia, is a strong predictor of death in children under 5.

Baby Akusi wasn’t thriving. Her mother, Lomukuny, knew why. “When I was pregnant, I had nothing to eat.”

Lomukuny’s pregnancy had been hard. She had four other children and had just moved to Lokichoggio. “We used to live near the border with our animals, five cattle, and 10 goats,” she says. “Not even one remains.”

People in this county are pastoralists. It’s a beautiful, natural life when there is rain to grow grasses for their camels, cows, donkeys, sheep, and goats to eat. They live simply. Children play. Their parents dance and sing. Families are close. They pray together. But after a succession of droughts, life is no longer beautiful. It’s a nightmare.

The drought has bred conflict over animals, the income source for pastoralists in Turkana. Lomukuny’s husband was caught in the crossfire. Cattle raiders from South Sudan came across the border to the family home in Nadapal, killed her husband, and took most of the family’s animals. The remaining animals died of drought.

Lomukuny was left a single mother of four children between ages 3 and 12, and pregnant with a child who would never know her father. There was nothing to do but find help. They began the 20-mile walk to Lokichoggio.

Lomukuny became malnourished and unwell. “You are hungry, and then you get sick,” she says. Akusi started life with two strikes against her — born to a malnourished mother and without a father to care for her.

June Cherutich, 25, a World Vision nutritionist, was on hand to meet Akusi and her worried mother when they arrived at the health center in Lokichoggio. June works three of every four weeks, traveling around the county to ensure health centers have the supplies they need.

RUTF is a high-protein peanut paste that, if administered faithfully by caregivers, can take a child from severe malnutrition to good health in a matter of weeks.

Akusi arrived at the clinic just in time, says June, the World Vision nutritionist. “What would happen if she hadn’t received RUTF today?” wondered June aloud. “She would probably have deteriorated. She would have died of dehydration or diarrhea.”

“Akusi would have just slept into death.”

Clinic nutritionists Stella Akai and Alice Akal say that RUTF is a miracle cure. “It is the best,” says Alice. “It is saving their lives.” Stella added: “It really works. If they didn’t have the RUTF, they would be hospitalized.”

But, warned both nutritionists, RUTF must be used properly. “If the baby doesn’t eat the whole dose, they won’t get well,” says Alice.