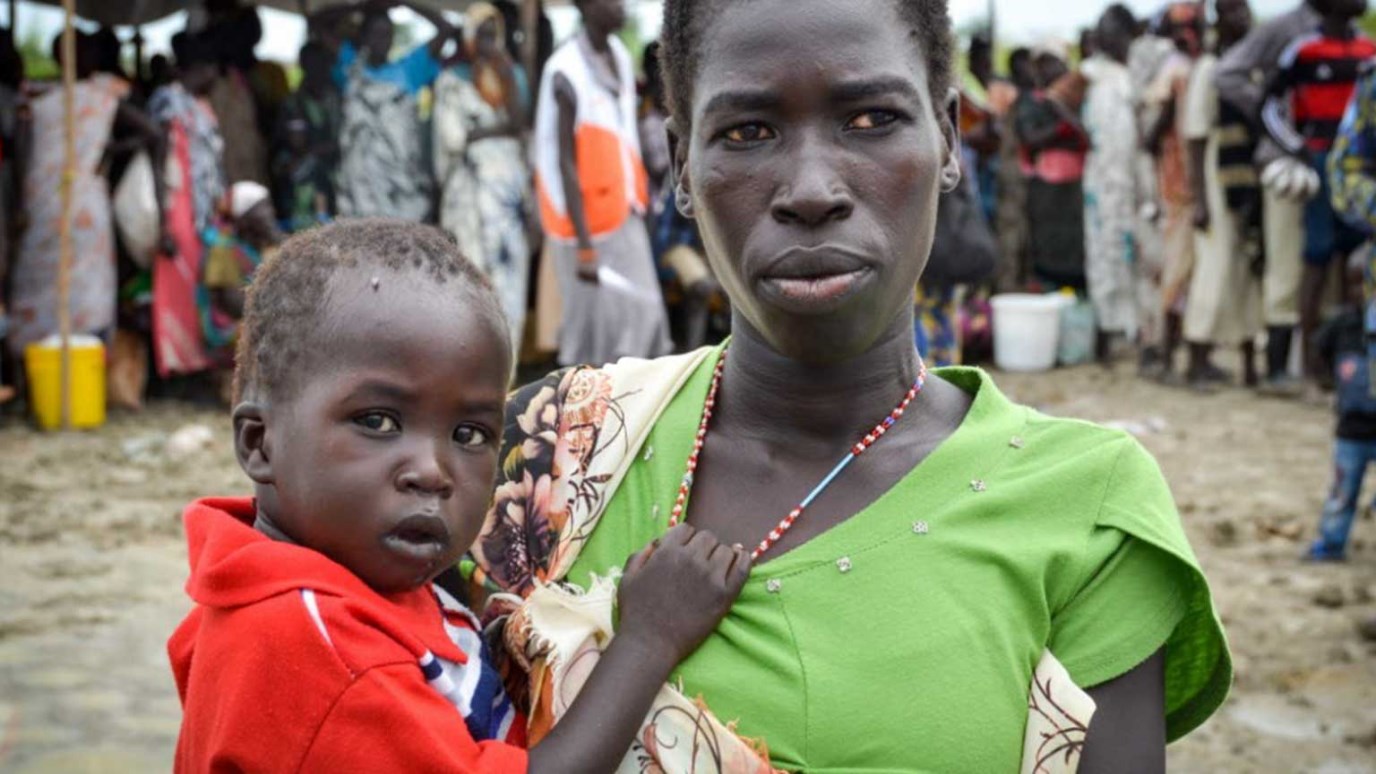 In a U.N. protection site in Malakal, South Sudan, Veronica, a mother of five, and her youngest child, Joseph Kyanowok, received a month’s worth of food from World Vision and the World Food Program last October. Because of increased violence, about 4,500 people flocked to the camp in April 2015.

In response to increased violence, about 4,500 people sought shelter at the U.N. mission in South Sudan's Malakal, Upper Nile State, in April 2015. This new influx brought the number of displaced at that site to 26,000, the highest it’s been since conflict broke out in December 2013.

There are approximately 110,000 people under U.N. protection throughout South Sudan. World Vision and other aid groups are distributing household items to the newcomers and arranging for food, water, and sanitation.

“We will continue doing our best to help everyone here in need, but children should be the priority,” says Perry Mansfield, World Vision country director. World Vision is opening Child-Friendly Spaces for the newly arrived children, in part to prevent their recruitment into armed factions.