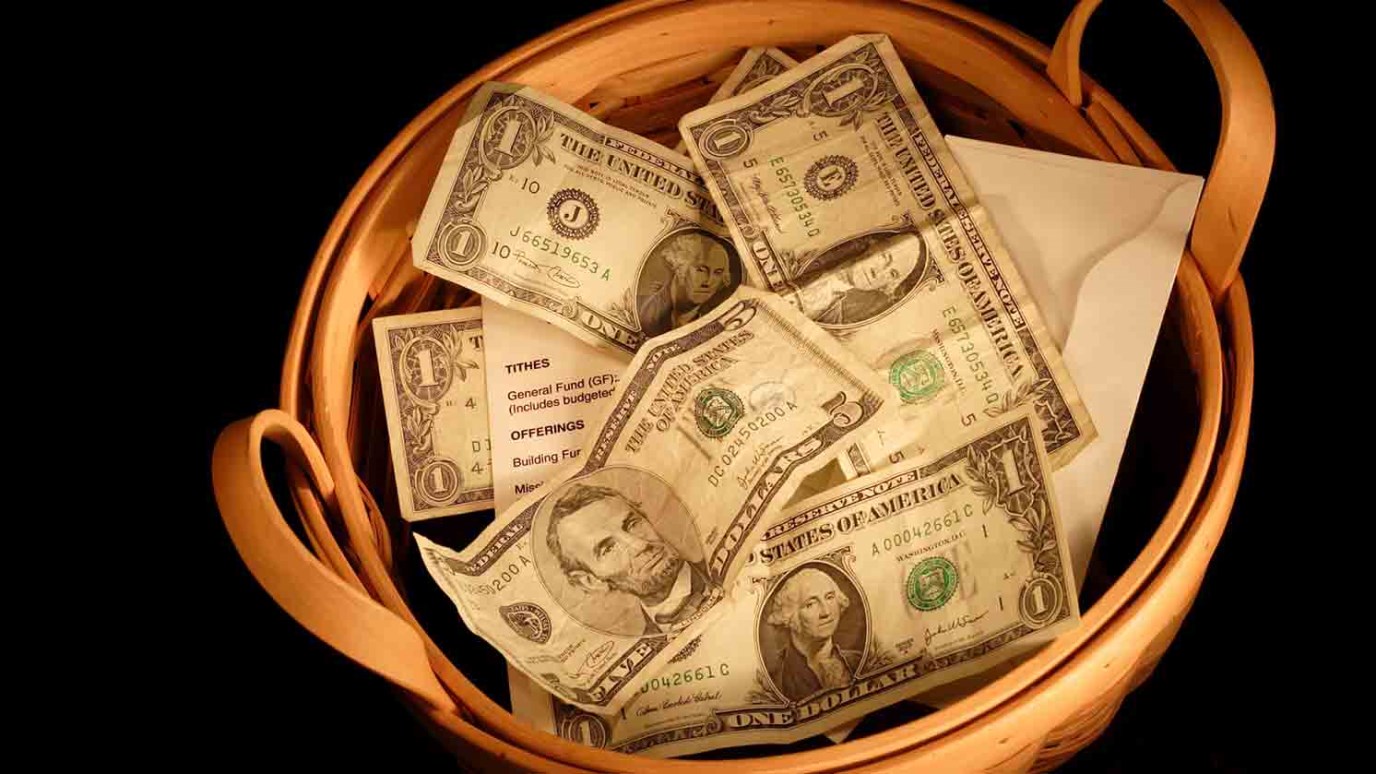 When we give the first of our firstfruits, or our tithe, God receives and respects that offering because it takes a lot of faith to give to God before we pay anyone or anything else.

For if the firstfruit is holy, the lump is also holy; and if the root is holy, so are the branches. -- Romans 11:16

When you think of the word “tithe,” what’s the first thing that comes to your mind? Most people probably think of money, but it actually has little to do with money. For God, tithing is an issue of the heart. Genesis 4:3-5 tells the story of Cain and Abel bringing their offerings to the Lord, and it gives us a lot of insight into what God is looking at when we give: “And in the process of time it came to pass that Cain brought an offering of the fruit of the ground to the Lord. Abel also brought of the firstborn of his flock and of their fat. And the Lord respected Abel and his offering, but He did not respect Cain and his offering. And Cain was very angry, and his countenance fell.”

People have wondered for years why God respected Abel’s offering and not Cain’s. The Word makes it clear the offering Abel brought was the firstborn of his flock, but it doesn’t say Cain brought the firstfruits of his crops. In fact, it says, “and in the process of time.” In other words, Cain grew his crops and then, “in the process of time,” got around to bringing an offering to the Lord. The implication is that he didn’t bring his firstfruits to the Lord. Could that be why God did not respect Cain’s offering? I believe so. Abel, on the other hand, brought the firstborn of his flock to the Lord, and God accepted his offering.

Here’s the lesson for us: God is looking at our hearts when we give. And when we give the first of our firstfruits, or our tithe, God receives and respects that offering because it takes a lot of faith to give to God before we pay our mortgage, our car payment, or the IRS.

There was much more at stake than money when Abraham offered his firstborn son, Isaac, to the Lord (Genesis 22). Abraham didn’t wait to see if he had 10 sons before he gave his first one. Nor did God go to Abraham when he only had Isaac and say, “After you have four or five more sons, I’m going to come to you and ask you for one of them.” No, God asked for the first when one was all he had! Abraham only had the promise of having more sons. It took faith for Abraham to offer Isaac. And faith is precisely what tithing requires. It’s giving God the first, in faith. Many people say they’re putting God first, but true tithing is where the rubber meets the road. It’s where we walk what we talk. It’s also one of the ways God blesses and protects us.

When Satan comes against you with fear and says, “You’re going to go broke, your marriage is going to fail, you’re going to get a disease,” you can firmly reply, “No, I’m a tither, and because I tithe, the Bible says that God will rebuke the devourer for my sake. Yes, for my sake! God is first in my life, and God is going to redeem and protect everything else in my life!” Putting God first in our lives is what tithing is all about. It’s not about money; it’s about revealing the state of our hearts.

God, thank You for blessing me with everything I have. Help me to understand Your heart for tithing, and give me the faith to give You the first of my increase. In Jesus’ name, Amen.

No Weapon Shall Prosper!
Gary McSpadden

First of the First
Robert Morris

Life, Not Law
Robert Morris
Follow Us
Grow Daily with Unlimited Content
Uninterrupted Ad-Free Experience
Watch a Christian or Family Movie Every Month for Free
Early and Exclusive Access to Christian Resources
Feel the Heart of Worship with Weekly Worship Radio
Become a Member
No Thanks