More than a Game 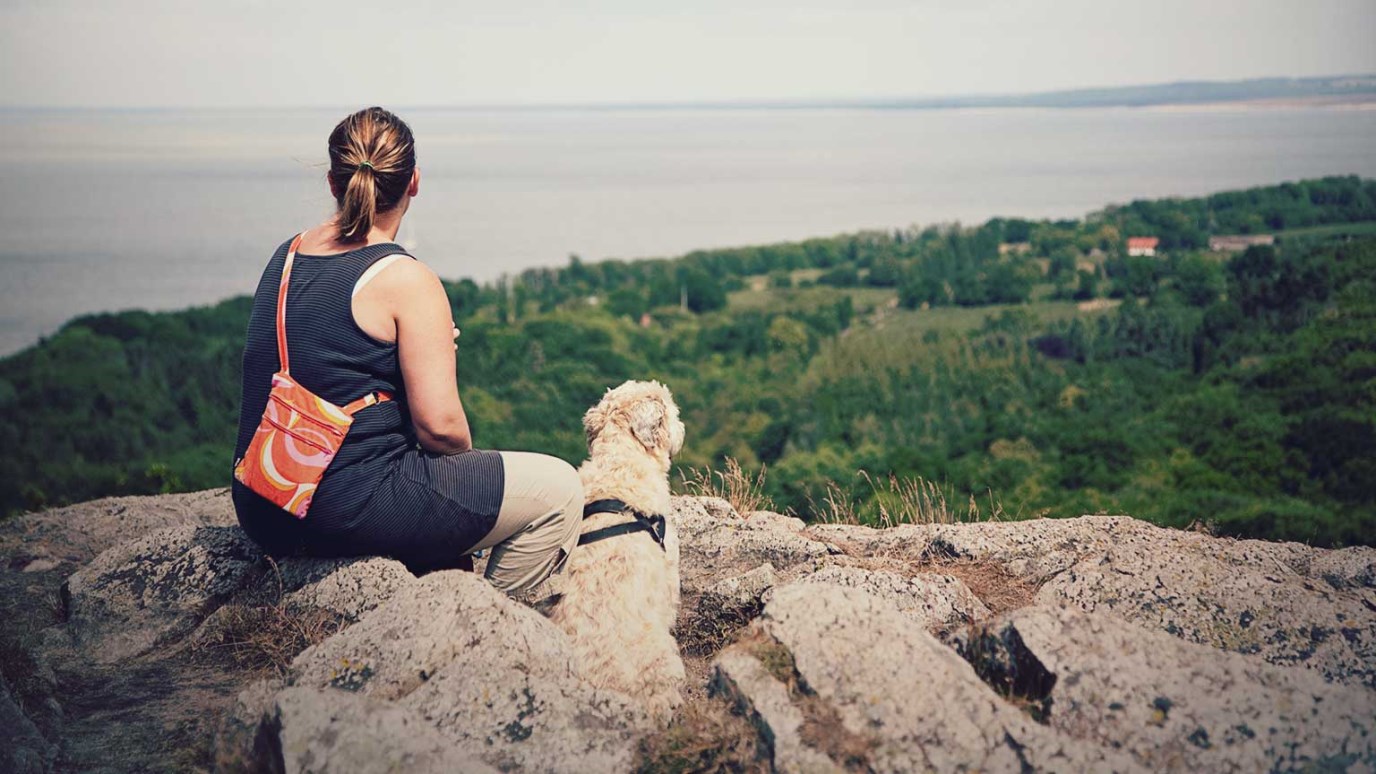 Maria Morgan reflects on a humorous incident with the family dog, which is the basis of today's lesson. Are you the center of your world? Or have you embraced His plan?

His tail wagged furiously. He clutched the ball between his teeth. He was ready to play. If he timed it just right, he could roll his ball down the hill when the workers walked by. With any luck, they’d notice the toy and toss it back into his area. A ready-made game of fetch. Ingenious!

The workers were amused and tossed the ball to our dog, Joe. As soon as he caught it, he’d set it down on the hill and send it rolling on its way. The game was fun while it lasted, but there was work to be done. I could see Joe’s confused expression as the men got busy painting the house. He seemed to be wondering why these people were here. Hadn’t they come to play fetch with him?

The humorous incident with our dog and the workers got me thinking. How often do I respond just like Joe? I put together my agenda and think everyone, including God, should get on board. Our dog’s clever antics helped me to realize I often act as if it’s all about me. The truth is, it’s not.

God’s Word reveals a bigger plan. The Apostle Paul spells it out clearly, “For the love of Christ constraineth us…And that he (Christ) died for all, that they which live should not henceforth live unto themselves, but unto him which died for them, and rose again,” (2 Corinthians 5:14a, 15; KJV; parentheses mine). The plan is to live for Christ and share Him with others. Paul puts it beautifully, “And all things are of God, who hath reconciled us to himself by Jesus Christ, and hath given to us the ministry of reconciliation,” (2 Corinthians 5:18).

John the Baptist embraced God’s plan. John had the right attitude about himself and his purpose. He didn’t claim to be anyone special, but consistently pointed to the One who was. “He said, I am the voice of one crying in the wilderness, Make straight the way of the Lord, as said the prophet Esaias,” (John 1:23). He realized he was just a voice. And he used his voice to draw others to the Savior.

Johns’ ministry must have been something. No doubt his unusual clothing and diet attracted attention. But those who followed John, knew he spoke the truth. Day after day, his number of followers increased. Yet John wasn’t in this for himself. He had no qualms about pointing his disciples to the Master.

When Jesus appeared on the scene, John didn’t hesitate to introduce Him to those who were assembled, “Behold the Lamb of God, which taketh away the sin of the world. This is he of whom I said, After me cometh a man which is preferred before me: for he was before me,” (John 1:29-30). John encouraged those who had followed him to follow Jesus instead. John didn’t desire a following. He knew his purpose was to make much of Christ. And he did. His words reveal his heart toward Jesus, “He must increase, but I must decrease,” (John 3:30).

Spending time with the Lord on a daily basis reminds me of His greatness. He is to be reverenced. And He is worthy of my praise. What a privilege to be involved in His plan – to live for Him and share Him with others!

Are you the center of your world? Or have you embraced His plan?

Prayer: Heavenly Father, Your plan is so much bigger than me. Thank You for giving me the example of John – a man interested in glorifying You and pointing others to You. Forgive me when I live for myself. Help me to embrace Your plan. In Jesus’ name, Amen.