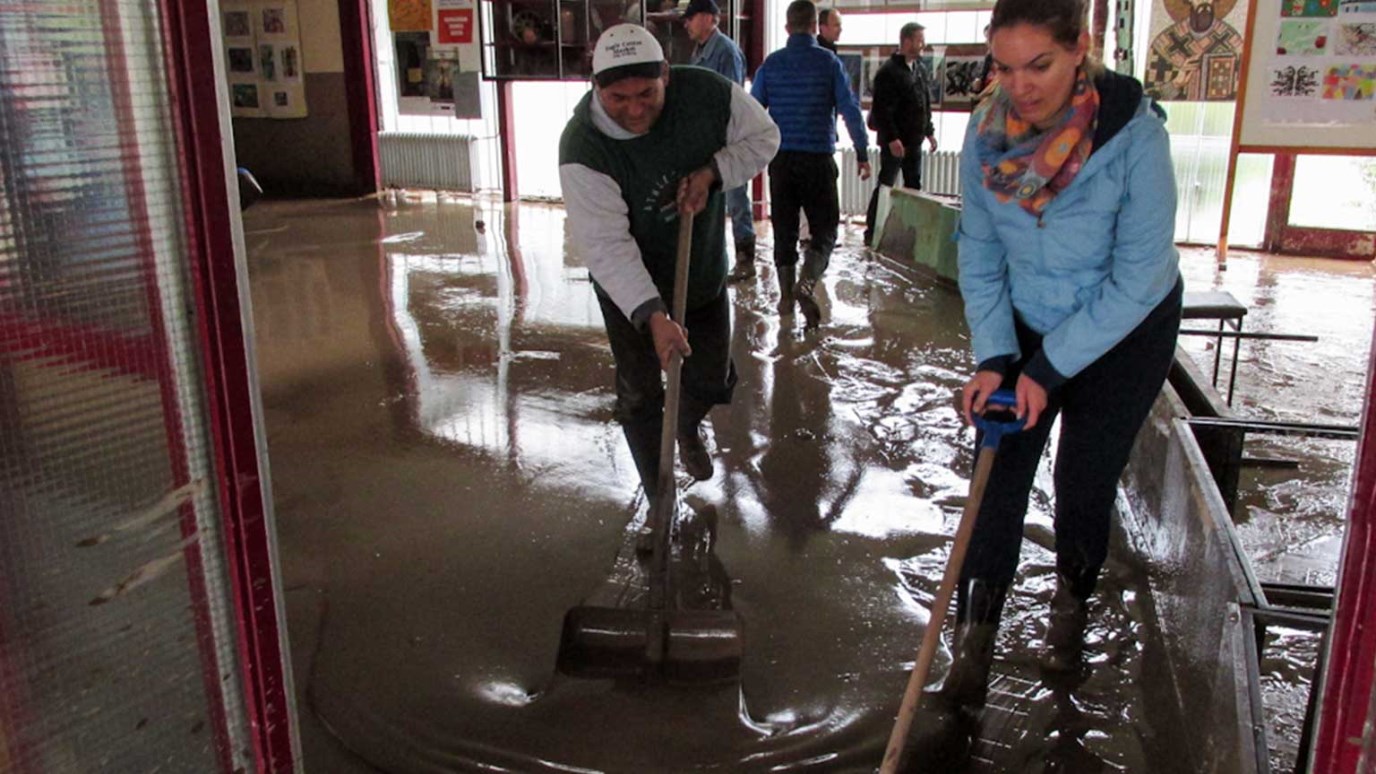 Volunteers clear mud from a primary school after flood waters receded in May 2014 in Bosnia-Herzegovina.

The region’s worst flooding in a century affected more than one-quarter of the Eastern European country’s 3.8 million people, killing 25 and displacing almost 90,000. Families lost their livelihoods as the floodwater's ruined crops and drowned livestock.