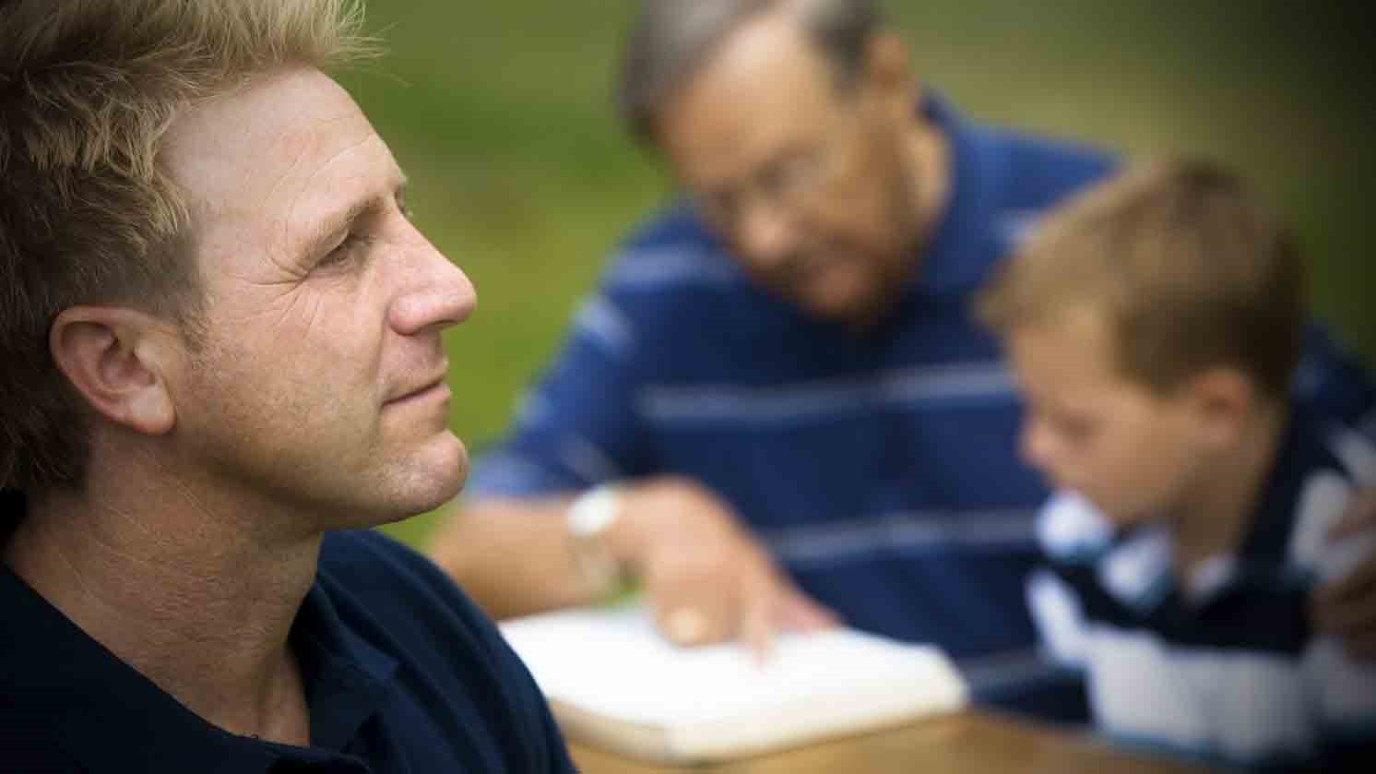 People will misunderstand our loyalty to the Lord and to others who serve him. Like David, we may suffer for these types of misunderstandings.

Lord, help me to take You seriously so that my worship will be acceptable and You will be glorified.

Consider: The motives of the Amalekite is not the focus here. The main point is the nature of Saul's death, in tragic circumstances, in battle, at the end of a life that promised much but delivered little. A cautionary tale.

We can only imagine the Amalekite's horror when he realized what he had done. He intended to win favor with the new ruler of his national enemies. Instead, he discovered that he had killed "the Lord's anointed" (14), an act David viewed as the highest form of spiritual treason. We cannot blame an Amalekite for not knowing Israel's view of its leaders. David's view of Saul was unconditional loyalty. Nothing that Saul could have done would change David's commitment to Saul.

How had Saul mistreated David? Saul had publicly declared David to be his enemy (1 Sam. 19:17). He had given David's wife Michal (also Saul's daughter) to another man (1 Sam. 18:44). Saul once hurled a spear at David intending to kill him while David played his harp for Saul, trying to soothe Saul's uncontrollable anger (1 Sam. 19:9-10). He even tried to turn his son, David's closest friend, Jonathan, against David (1 Sam. 20). For years, Saul hunted David like an animal in the Judean wilderness, trying to kill him. By contrast, David repeatedly spared Saul's life, even when others wanted David to kill Saul (1 Sam. 24:3-7). In every imaginable way, Saul was disloyal to David. But David believed that God would honor his loyalty to the Lord's anointed simply because David's loyalty was to the Lord who anointed Saul, king of Judah. The Amalekite whom David killed did not understand that commitment.

People will misunderstand our loyalty to the Lord and to others who serve him. For example, unbelievers struggle to understand why their family member who has just become a Christian spends so much time in church and likes to be with Christian friends and fellow church members. This kind of loyalty is hard for non-Christians to understand. Like David, we may suffer for these types of misunderstandings.

Ask yourself what loyalty to the Lord means to the commitments you have with family, friends, and others in your life.

Praise Him and Sing!
Charles Spurgeon

Being Taught by the Holy Spirit
First15

Does God Allow Satan to Afflict People?
Kenneth Copeland
Follow Us
Grow Daily with Unlimited Content
Uninterrupted Ad-Free Experience
Watch a Christian or Family Movie Every Month for Free
Early and Exclusive Access to Christian Resources
Feel the Heart of Worship with Weekly Worship Radio
Become a Member
No Thanks