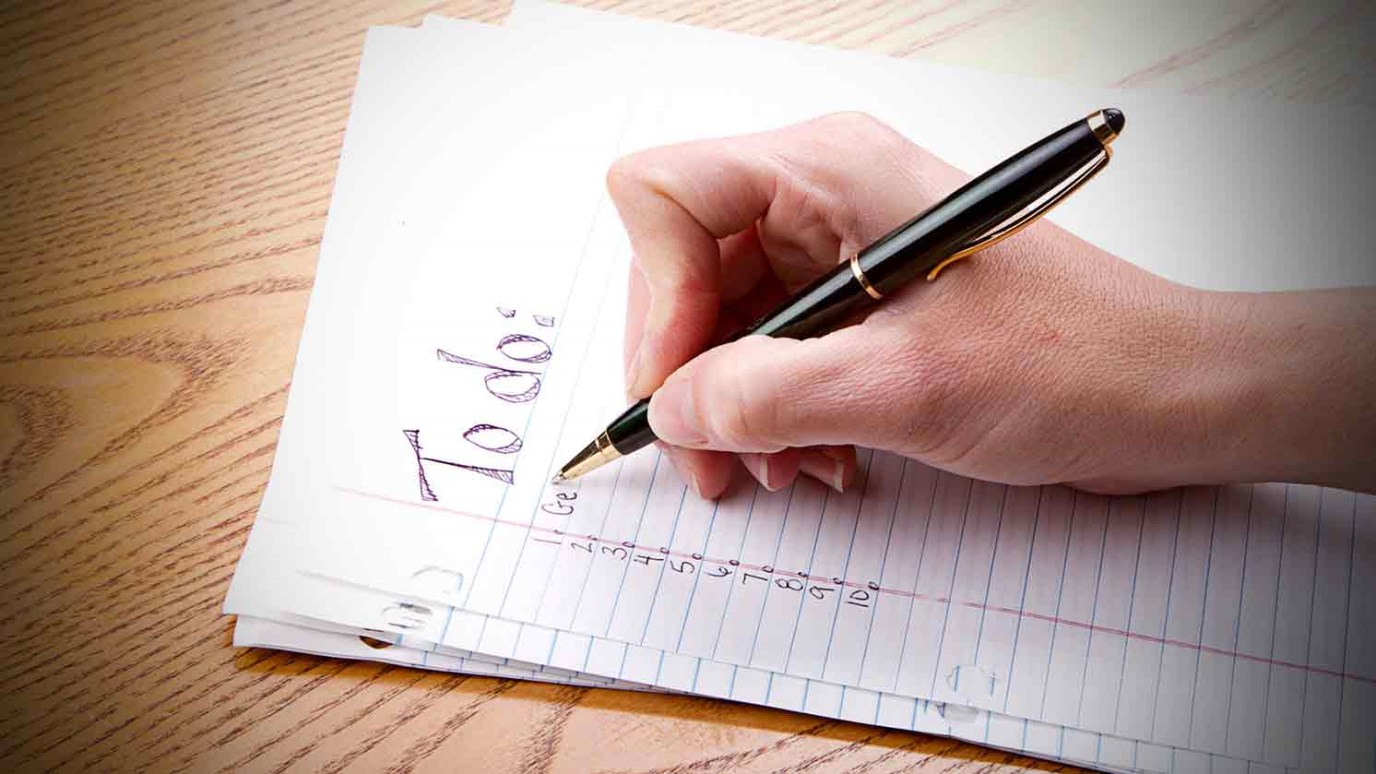 Chris Tiegreen found a way to shrink a to-do list without much effort—and not by leaving things undone.

I’ve made a major discovery! I had to. Necessity is the mother of invention, as they say, and I encountered a necessity that made for a really big mother. So when I found myself overwhelmed with enormous projects on my to-do list, I invented a solution.

I know, an overwhelming to-do list isn’t all that unusual. Lots of people are weighed down with massive projects. You don’t want to hear about mine because you have your own. But you may be interested in my solution. I found a way to shrink the to-do list without much effort—and not by leaving things undone.

Here’s how it works: instead of taking a day or two per project to tackle them, I can do many of them gradually by investing a few minutes a day on them. I can manage them . . . get this . . .little by little! (I never said this was a major discovery for everyone. Being a major discovery just for me is enough for it to qualify as one.)

For example, instead of spending a whole afternoon cleaning my office, which really needs to be done before it becomes the new final frontier, I can spend ten minutes a day putting things in place. It won’t look like I’ve done anything for a few days, but that’s okay—it won’t look like I’ve done anything if I’m waiting for a big chunk of free time to work on it anyway. And once I’ve taken small bites out of it for about a month, it will look like an organized person works there. All that in only ten minutes a day!

Or my CDs, for another example—I’ve gotten tons of them over the years from publicists, and I haven’t listened to them all. I don’t want to throw them away without listening—I might actually like some of them—so they have been on my to-do list for a really long time. But instead of taking days upon days to go through the stacks and decide which ones to keep, I can listen to two or three a week while I’m working. After a year, I will have made a decision on 100 to 150 CDs without losing any work hours over them!

And instead of spending a day to pull all the weeds on the far side of my driveway, I can grab a handful every time I come back from the mailbox. Just a brief lean-and-pick, plus a toss into the yard trash before coming inside. Over a few weeks, my weeds will gradually disappear!

This little-by-little principle is embarrassingly practical for someone who likes to live in the big picture, and it almost hurts to admit that something so practical may hold one of the keys to the mystery of life. It’s a big step for me. But I’ve decided it might be okay to be down-to-earth every once in a while. It might even free up some time to think about big-picture stuff.

The little-by-little approach can work on a lot of things:

Come to think of it, there’s a principle in the Bible about the little-by-little approach to life. When God fed Israel in the wilderness, he provided enough manna to get them through each day. But he wouldn’t allow them to save any for the following day; each day’s amount was enough for that day’s needs. They would get more the next morning for the next day’s needs. By enforcing the little-by-little, they were never faced with a huge lack to make up for, or with the temptation to hoard for the future. For some massive projects in life, that’s the perfect approach.

So maybe I didn’t make a major discovery after all. Maybe God embedded it in the design of the universe and revealed it to his people thousands of years ago. Maybe the answer is a practical discipline and not a deep mystery. All I know is it works. And my to-do list is painlessly getting smaller.