Midwives Make All the Difference for Afghan Moms 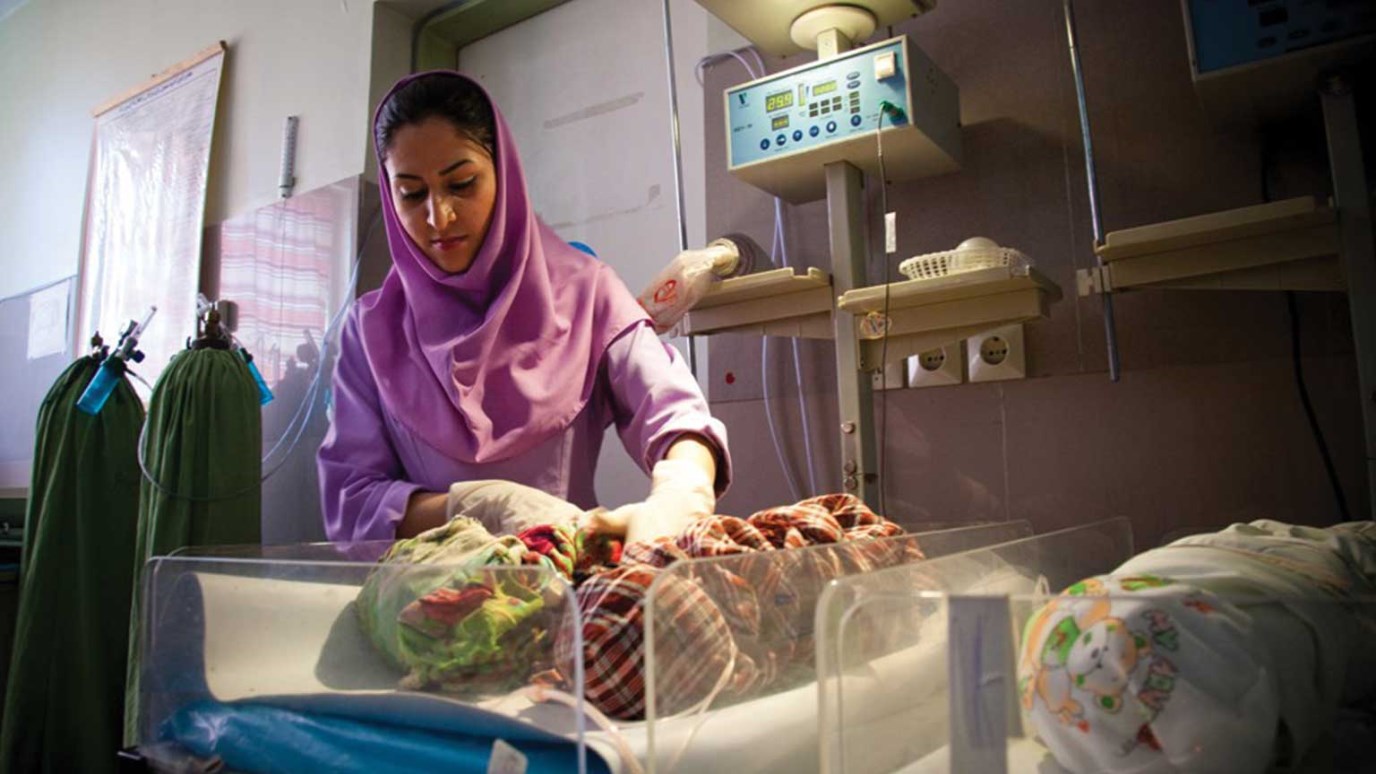 World Vision has helped empower doctors and midwives to provide care for women in hard-to-reach locations.

Midwives are the difference between life and death for women and newborns in Afghanistan, a country with one of the highest infant mortality rates in the world.

In a concerted effort by many agencies to help more women and babies survive pregnancy and birth, World Vision has helped empower doctors and midwives to provide care to women in hard-to-reach locations.

In 2008, the organization launched the Better Health for Afghan Mothers and Children project in the country’s northwest, with funding from the United States Agency for International Development (USAID).

World Vision taught health workers in Herat province how to educate mothers on improved hygiene, help prevent diseases like pneumonia, and prevent and treat diarrhea. Workers help mothers bond with their newborns and coach them in exclusive breastfeeding so their babies receive adequate nutrition and grow up strong.

“Breastfeeding a newborn baby could help in decreasing the infant mortality rate by 22 percent,” said Afghan Minister of Public Health, Dr. Suraya Dalil, at a ceremony celebrating International Breastfeeding Week Aug. 4. She also presented World Vision and other organizations with an award for their efforts to support the country’s push to decrease infant mortality rates.

They, in turn, imparted the new techniques to another 75 hospital staff throughout Herat province. The new knowledge and skills coupled with additional equipment and supplies mean staff is better able to help children reach life in all its fullness.

The initiative has reached about 450,000 children under 5 and women of reproductive age in the province, according to USAID.

Pray for protection for mothers and infants in Afghanistan and other countries where neonatal medical services are scarce, and pray for children everywhere who are vulnerable to death from preventable causes.