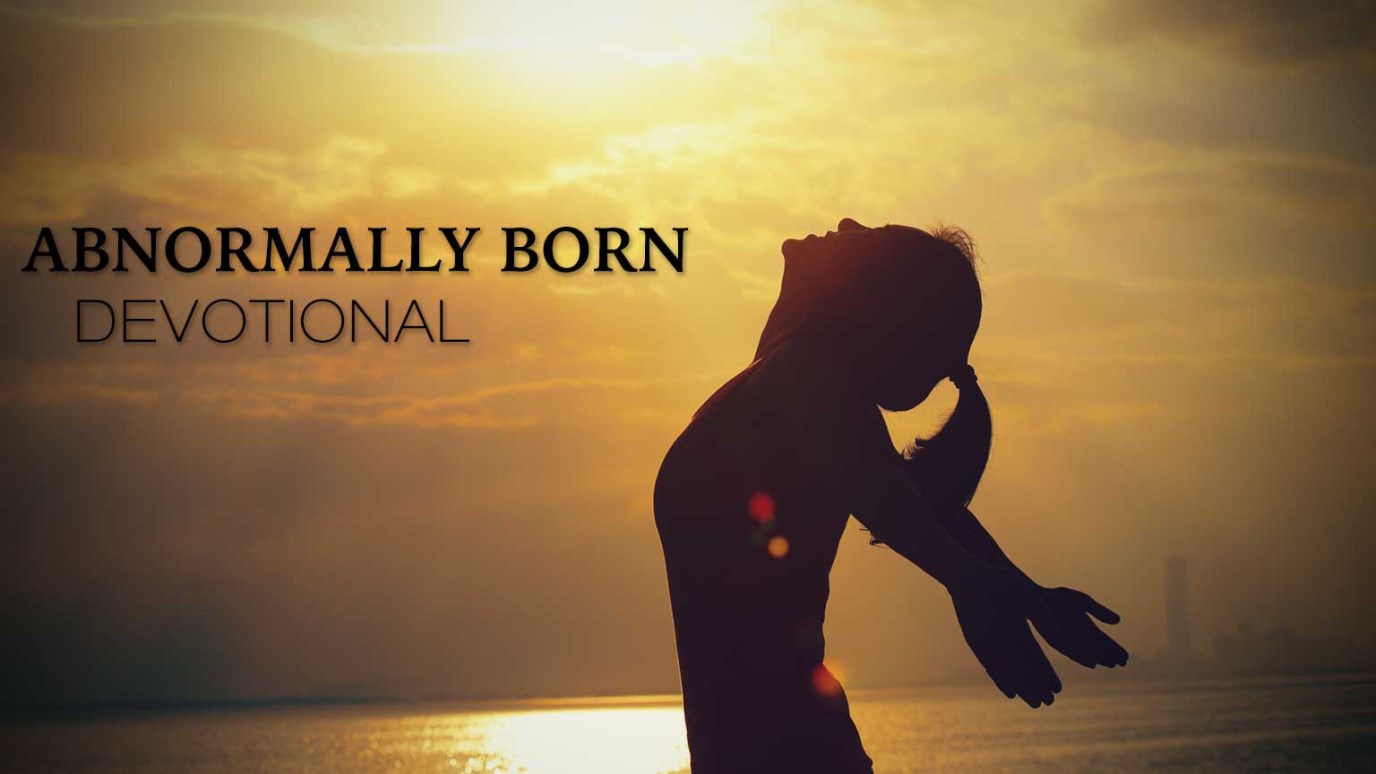 In his great mercy he has given us new birth… 1 Peter 1:3

In the household I grew up in we played games. We played cards; we played board games; we played word games; we played sports. We would make up games out of things that weren’t even games. My brother and I spent hours of our lives playing a makeshift basketball game on our back patio. We used a tennis ball and a broken hoop from a basketball game we played in the swimming pool before we broke that and nailed it to the house about 6 1/2-feet high. We would play until our feet hurt or until we got too hot, then we would jump in the pool, cool off and play some more.

We played chicken with darts. We would stand about five feet apart and throw the darts as close as we could to the other guy’s feet. Strangely enough, it was the guy who didn’t move and took a dart in the foot who was the “winner.” One time we were playing this ingenious game, my older brother had tennis shoes on and I was barefoot--when I stuck the dart in the toe of his shoe.

Somehow it stuck in his shoe but didn’t hit his foot. I knew what was about to come so I started to run. He yelled at me, “If you leave now, you’re the chicken!” That was enough to make me stop and to go back and firmly stand my barefooted ground.

He took careful aim, went into his pitching motion and threw that dart directly into my calf. I screamed, more out of the shock of seeing this thing sticking in my leg than out of actual pain. He screamed too, much more out of the potential punishment he would suffer than out of actual concern. Then his panicked voice uttered the famous words that kept little brothers quiet around the world since before Jesus was born, “Don’t tell mom.”

We would box. My older brother, besides being older, was much taller and lankier than I was and still am, and so he would always stand a safe distance away and pepper me with jabs to the head while I tried to barrel inside to get to his body.

One day, we were in the swimming pool when he brought up the idea to box under water bare-fisted. He rationalized that “under water, getting hit wouldn’t hurt.” Made sense to me, so we took a breath and went under. After taking a handful of jabs to the face I realized that, in fact, boxing underwater did not hurt my brother because he never got hit. We came up out of the water and I said, “It kind of hurts.” He said no, it didn’t so we went back down. The next time I came up with a bloody nose. I was firm; it did hurt. When he saw the blood he knew the game was over and he gave me his words of concern, “Don’t tell mom.”

The patriarch of our game-playing family, my dad, was the best all-around competitor I have ever seen. He played everything and won everything he played. You give him a competition and he would figure out how to win. Playing with his children, he was never mean, but he never let us win either.  If you beat him, it was because you were better than he was. He taught us that the object was to play hard and to try to win; that’s why you played. We tried to score as many points as quickly as possible and to soundly defeat the competition; that was it.

In little league baseball they had implemented something called “the mercy rule.”  The idea was to allow lesser teams some semblance of self respect by calling the game over if the other team was ahead by 7 or 8 or 29 runs--I don’t remember. They should have called this the “we are so much better than you are and we have humiliated you so much that you can’t even play the game to it’s true ending rule” because that’s what it felt like. Getting “mercy ruled” was the worst thing that could happen to you because it sure didn’t feel like mercy was being administered. In fact, I believe that if there has to be a rule, it’s not really mercy at all.

The greatest act of mercy that I can attest to came from an unlikely source at the time, my oldest brother. He was, and still is, five years older than me and I thought he was cool. He wrestled, had muscles and was tough – every little brother’s idol. He also chose to demonstrate most of the wrestling moves he learned, and a few that were entirely illegal on me. Periodically, routinely, he would administer ‘pink bellies’ and ‘blue noses.’ Pink bellies are probably pretty self explanatory, but blue noses are somewhat unique. Basically, he would squeeze the end of my nose hard for several seconds. The result was a bruise on the end of your nose to wear to school the next day.

Well, one day after a long day of sporting the latest in the spring line of the blue nose collection, I decided I was going to end this routine.  The next time that he started in on me I was going to knock him out. I can’t remember which show it was I was watching when this idea hit me, either A-Team or The Big Valley, but I made up my mind that I was going to punch him in the face and watch him fall like a sack of potatoes.

Sure enough, my opportunity came that very afternoon. He had me in some sort of wrestling hold that kept me from breathing but left my right hand free. I reached way back into left field, my mighty fist balled like Mohammed Ali, and I punched him right between the eyes. I don’t know who was more shocked, my brother, who didn’t move a bit let alone fall to the ground knocked out, or me, who remained in the very same wrestling hold that was keeping me from breathing. This is when mercy arrived. He didn’t kill me. He let me go, didn’t say a word, and walked away.

I don’t know what happened that day. Maybe my brother realized that I had reached my limit and that it was time to stop, or maybe it was because the mighty blow I had delivered had knocked his contact loose in his eye, but either way I remember thinking, “He didn’t kill me.”