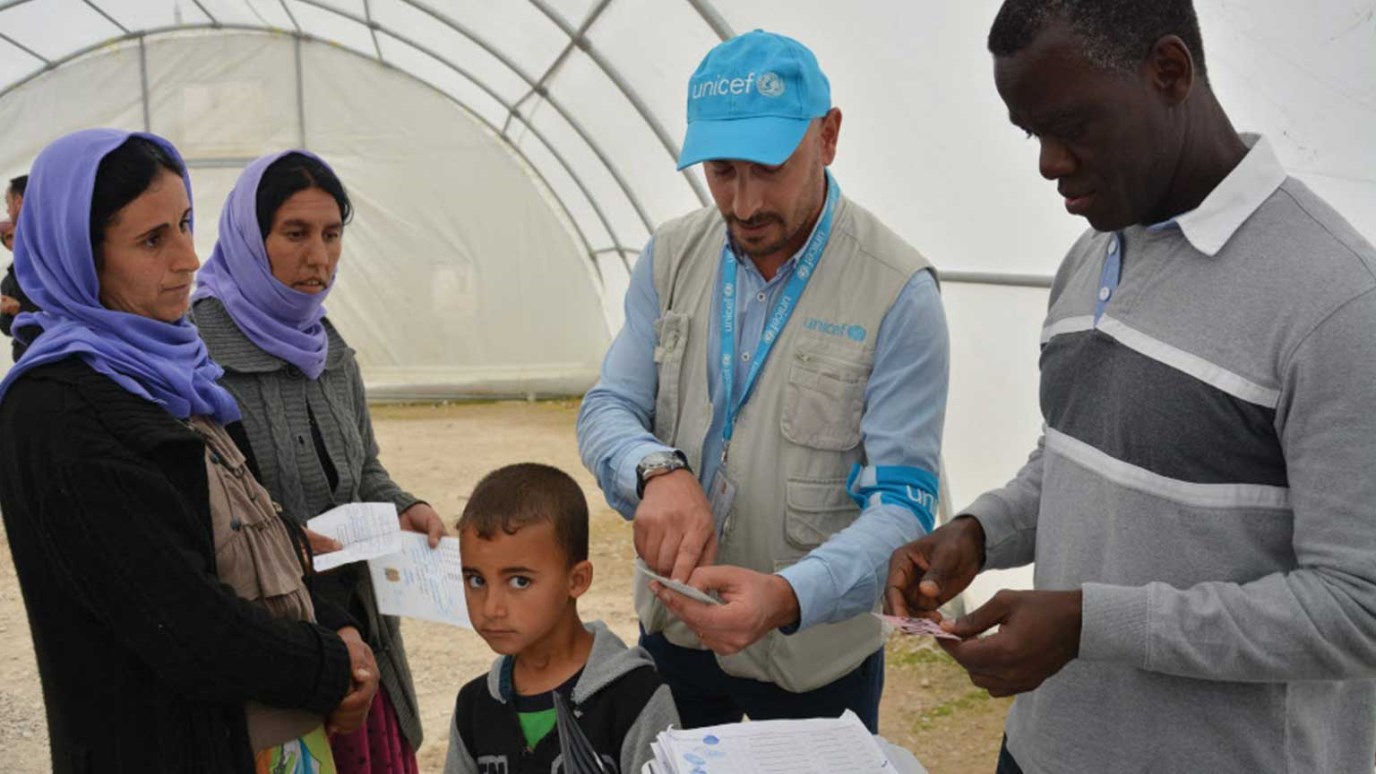 In Iraq, two mothers register for aid from World Vision. They are among millions who’ve fled violence and depend on humanitarian organizations for assistance.

In April 20 remarks to representatives of U.N. member states, Secretary-General Ban Ki-moon said urbanization, population growth, conflict, and increasing numbers of natural disasters are among the factors that have doubled the number of people in need of humanitarian assistance within the past10 years.

Among those in need are 51 million people displaced by conflict, the most at any time since World War II. People displaced within their own countries by conflict now spend 17 years on average as internally displaced people (IDPs).