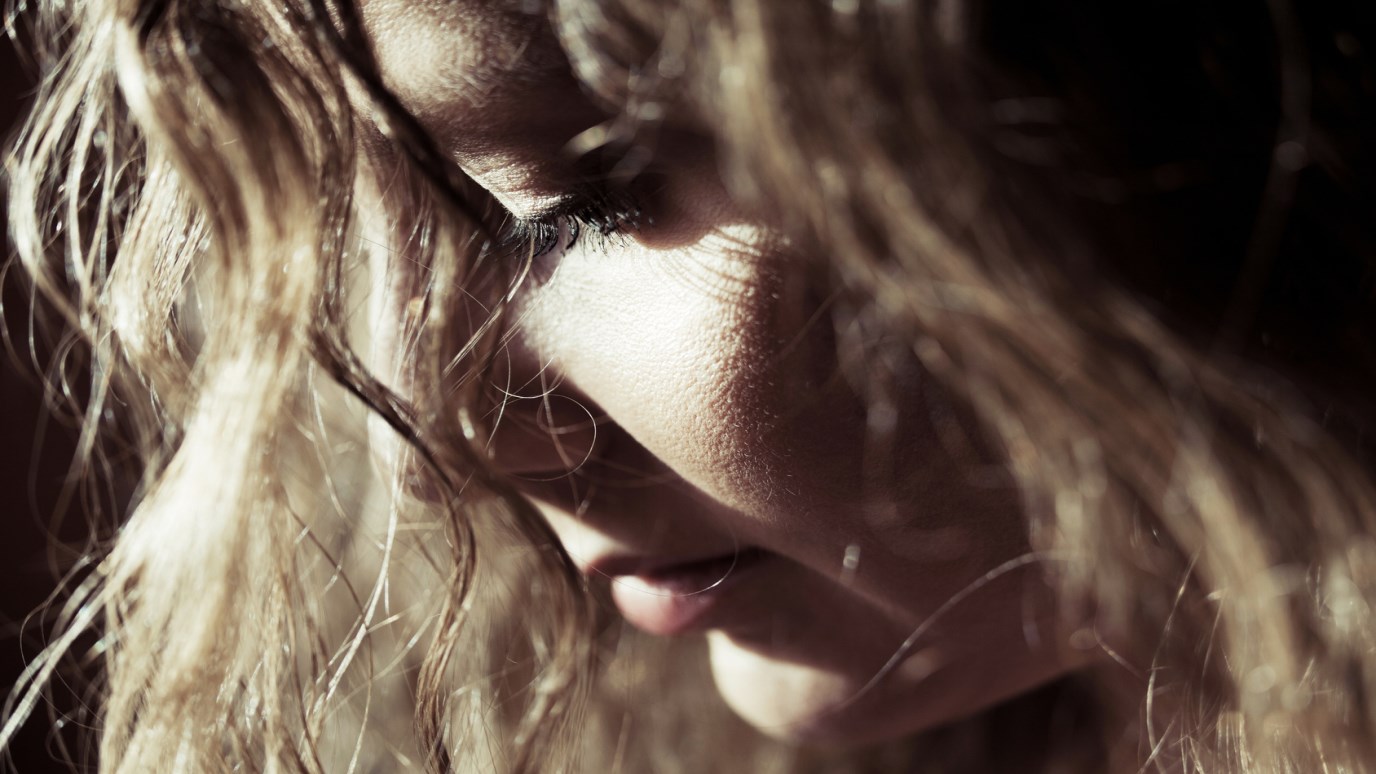 Tony Woodlief asks how our lives might be different if we lived as though God’s promises are guaranteed.

“Then David said to the Philistine, ‘You come to me with a sword, a spear, and a javelin, but I come to you in the name of the Lord of hosts, the God of the armies of Israel, whom you have taunted. This day the Lord will deliver you up into my hands, and I will strike you down and remove your head from you” (1 Sam. 17:45-46a).

There stands the shepherd boy, so incensed at the giant’s curses against Israel’s God that he has volunteered to fight the Philistine warrior himself. There stands David, ushered forth by a king who claims to lead this nation, this army. Young David, allowed forward by his own mocking older brother, who is himself too afraid to face the enemy.

There stands David, clutching only a stick, a sling, and five riverbed stones, eyening a trained killer nine feet tall, a lifelong soldier armed with razor-sharp weapons, a warmonger who plans to turn a boy into mincemeat.

“I will strike you down and remove your head from you,” says David.

That’s quite a bold promise, isn’t it? Imagine what counsel David would have received, were he surrounded by modern-day public relations professionals: “Promise to do your best. Tell everyone that you’re hoping to pull off a win today, but remind them that you weren’t the one who got us into this predicament. Be sure to do everything King Saul advises, so we can blame him if this doesn’t work out according to plan.”

What a blessing for us that David wasn’t guided by the wisdom of men. He didn’t need to worry about his public image or hedge his bets. He didn’t need the advice of Saul, the once brave king now so insecure, trusting in his army and his armor rather than the God who at one time ordained his rule. Picture David standing in Saul’s tent, garbed in the king’s armor and helmet, a shining sword pushed into his hands. Imagine Saul’s attendants doing their best to prepare this shepherd boy to face a warrior no Israelite soldier has the courage to challenge, secretly expecting that the youth will be slaughtered.

“I cannot go with these,” says David of Saul’s offerings, “for I have not tested them” (1 Sam. 17:39 ESV). No matter that the professional soldiers and the king himself recommend battle gear; David is being guided by something mightier than experts and worldly rulers. He is guided by God, yet he gives a common-sense reason for not using Saul’s weapons. He doesn’t say: “No thanks. God has promised me the victory, so I’m just going to walk out there defenseless and wait for a lightning bolt to strike the giant.” David declines Saul’s weapons—including the very sword that might have made his threat to Goliath more credible—because he has not tested them.

What has he tested? The protection and provision of God. “Your servant,” he explains to Saul, “has killed both the lion and the bear; and this uncircumcised Philistine will be like one of them, since he has taunted the armies of the living God” (1 Sam. 17:36).

David knows he doesn’t need the king’s armor, because he holds to what he has tested, which is God’s faithfulness every single time he has defended his flock. What we have the luxury of knowing, having read the chapters to follow, is that God—unbeknownst to David—has simply expanded David’s flock. David the guardian of sheep has been ordained to shepherd something not altogether different: the children of Israel.

And so David walks to the riverbed, where he selects five flight-worthy stones. Then he walks out to face the giant, with his shepherd’s staff in one hand, his time-tested sling in another, and the faith that there is no uncertainty here, for God directs the paths of those who trust Him rather than their own understanding (Prov. 3:5-6).

Notice how very different David’s faith in the living God is, compared to Goliath’s religion. The Philistine has been cursing the people of Israel by his pagan gods.

But Goliath’s god is really himself. “You come to me with a sword, a spear, and a javelin,” says David. In other words, he tells Goliath, For all your mocking of this boy who bears only a stick and some stones, for all your invocation of your false gods, you still cling to your weapons of war. “But I come to you,” says David, “in the name of the Lord of hosts, the God of the armies of Israel, whom you have taunted.”

Every time I read this passage, it strikes me that in my daily life, I am more like Goliath than David. Sure, I bless my meals in the name of the Lord, and I’ll say things like “Lord willing, we’ll get this project finished on time.”

But in truth, when I walk onto the field of battle—be it work, or a difficult relationship, or an ongoing temptation—I cling to my own strength, my own skills, my own weapons of war. I hedge my bets and qualify my promises and trust in myself to get the job done. I am like Goliath, invoking the name of a deity I don’t really trust, and faking my way with a lot of bluster and faith in past accomplishments.

What would it be like to live David’s faith? It is at once bold and practical. David knows he has a fight coming, and that he has to do his part. He doesn’t tempt God by walking into battle unarmed. In fact, he goes out with the weapons he knows best. Even his promise to take Goliath’s head is based on a practical, faith-filled vision of the future. He doesn’t have a sword, but he knows that once God delivers Goliath into his hands, there’s going to be a sword in need of a new owner. I hope for God’s provision, but David trusts in it. In my mind, God’s blessing is a maybe thing. For David, God’s blessing simply is.

My faith is more like Saul’s than David’s. Saul tells David: “Go, and may the Lord be with you!” (1 Sam. 17: 37b), but immediately after invoking God, Saul urges David to take his armor, his mighty sword. Sure, Saul seems to say, The Lord will be with you, but best take these in case He isn’t up to the task. Saul’s faith is a gambler’s faith. It is little better than Goliath’s. It is little different from my own.

How would my life be different, were I to live as if God’s promises are not maybe, but is? How would your life be different? David beat the giant because God was with him, and because he in turn trusted God, rather than the ways of men. How often do we choose a path of defeat, precisely because we are trying to win with man’s ways, rather than walk the path God has prepared for us?

Walk with David’s faith. That is my prayer for myself, for my family, and for you.

Accepted As You Are
Casey Treat

The Shield of Faith
Pete Briscoe