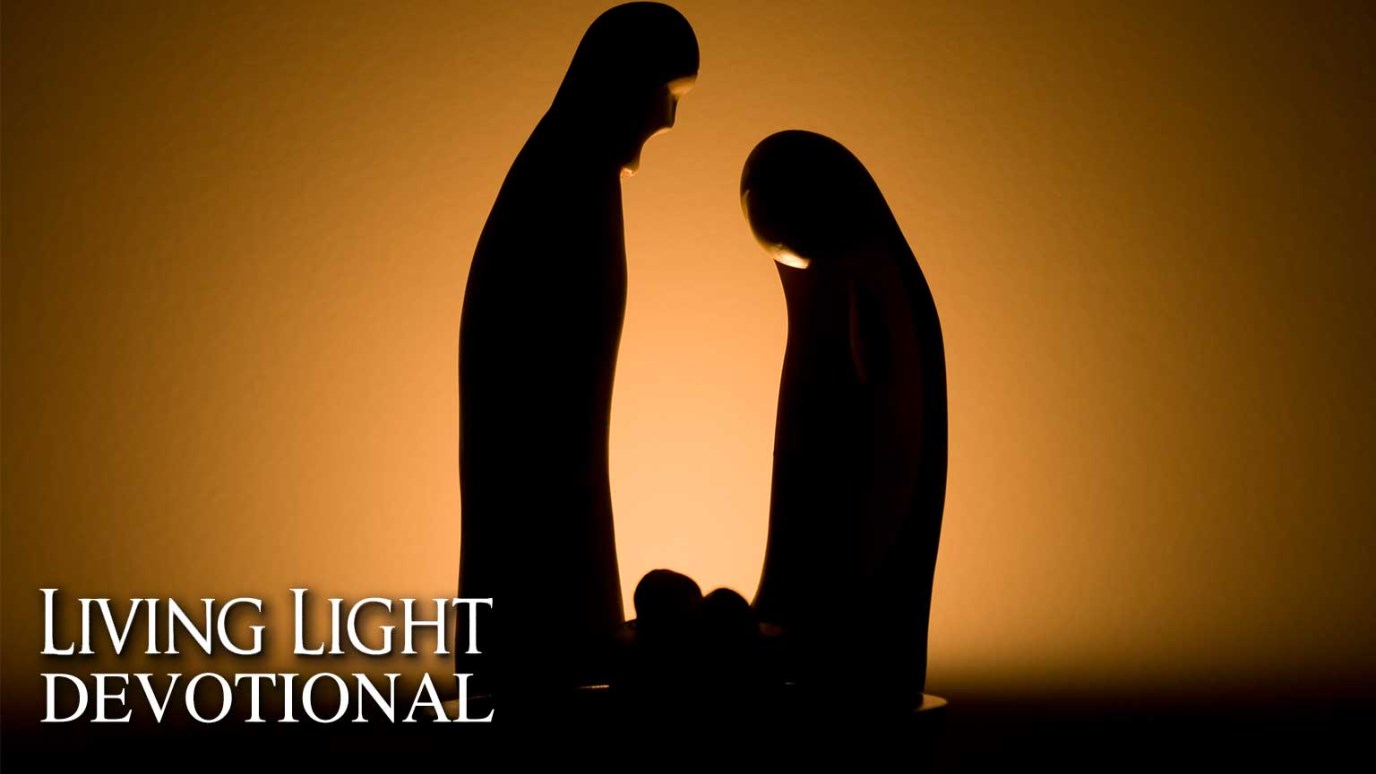 The mother of Jesus must have experienced a myriad of emotions and questions as she received news of her impending pregnancy. However, she responded with faith-filled gratitude.

“And Mary said: ‘My soul glorifies the Lord and my spirit rejoices in God my Savior, for He has been mindful of the humble state of His servant.  From now on all generations will call me blessed, for the Mighty One has done great things for me–holy is His name’”  Luke 1:46-49.

I often wonder what it must have been like to parent the Creator of the universe.  I’m sure when Mary received the news of her impending pregnancy from the angel, she experienced a myriad of emotions.  What would people think?  Would Joseph, her betrothed, believe her?  How was this even possible?  However, when all of those emotions and questions settled, one attitude emerged... faith-filled gratitude.

Joseph got his own visit from the angel... and he did indeed believe Mary.  So did her cousin, Elizabeth, whose own baby, John, leapt in her womb when Mary spoke of the Christ-child she was carrying.  Despite the hardship, whispers, and rumors, Mary realized the gift God had given her.  Whether she truly understood all that lay in store for her we do not know.

When His tiny fingers grasped her own, did she know they would touch the leper’s sores and the eyes of the blind?  Did she foresee the Roman spikes that would pierce those tiny hands?  When she kissed her baby boy’s cheek, did she realize that one day, that cheek would receive one final kiss of betrayal?  When she watched God incarnate take His first steps, could she fathom that those toddler feet would one day walk on water, and up a hill called Calvary?  Probably not.

What Mary knew was that God was her savior.  She believed the Scriptures that said He would one day redeem His people, Israel... that He would save her.  So although she may not have even known what she was saying, “Yes,” to–it didn’t matter.  She believed in the faithfulness of her God, and that was enough for her.

What about you?  Do you have faith like that…the kind of faith that God can use to change the world?  Will you, like Mary, say to God, “Let it be to me as You have said”?  Will you trust Him even when you don’t understand all your “yes” may involve?  Christmas reminds us that God is completely trustworthy.  You will never regret answering, “Yes” to His call.

Heavenly Father, You have indeed done great things for me.  Of all the gifts I have ever received, Your Son is the most precious.  Why, then, do I still fear surrendering fully to Your will sometimes?  Give me faith, God, to trust You fully, so that my answer will always be, “Yes!”  In Jesus’ Name, Amen.

Magnets for Sinners, Part 1
Dale Bronner
Follow Us
Grow Daily with Unlimited Content
Uninterrupted Ad-Free Experience
Watch a Christian or Family Movie Every Month for Free
Early and Exclusive Access to Christian Resources
Feel the Heart of Worship with Weekly Worship Radio
Become a Member
No Thanks