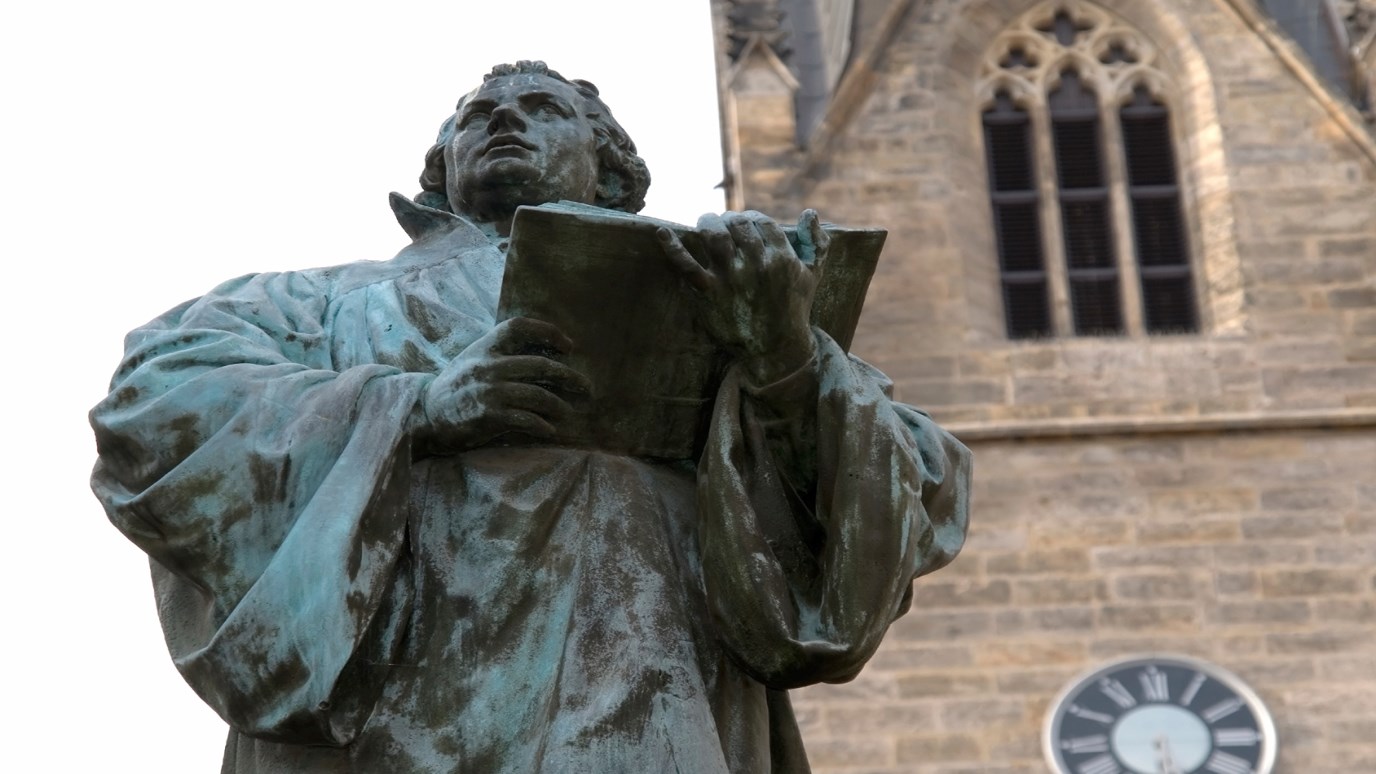 It would be impossible to understand the past 500 years of church history, let alone Western history, without taking time to consider the contributions of Martin Luther. Learn more about the man who influenced the renewal movement known as the Protestant Reformation.

“For by works of the law no human being will be justified in his sight, since through the law comes knowledge of sin” (Rom. 3:20).

It would be impossible to understand the past five hundred years of church history, let alone Western history, without taking time to consider the contributions of Martin Luther. This German monk gave the loudest voice to those calling attention to the loss of the Gospel in the medieval church and provided the flashpoint for the renewal movement known as the Protestant Reformation. In addition to bringing the church back to the Bible, Martin Luther’s thought has influenced the institution of marriage, the concept of individual responsibility, church and state relations, and countless other areas.

Luther was born in 1483 to a German miner who owned several mines and was able to pay for young Martin to be educated. His father desired that he become a lawyer and so Luther enrolled in the school of law at the University of Erfurt in 1505.

However, the providence of God had other plans for Martin. On a journey home during the same year he entered law school, Luther found himself in the middle of a great thunderstorm. When a lightning strike caused him to be thrown from his horse, Luther promised Saint Anne that he would become a monk if she preserved his life.

Luther kept his promise and enrolled in an Augustinian monastery, much to his father’s dismay. Martin’s zeal to obey the monastic order was unparalleled. He spent hours confessing his sins to his confessor and then later would find other brothers to whom he would confess even the slightest sin. His confessor eventually told him not to come to confession unless he had a truly serious sin to confess.

Luther’s intense guilt over his sin came from his remarkable insight into the character of God. He understood that God’s justice was absolute, demanding punishment for even the smallest of peccadilloes. The fact that the church of his day offered the possibility of forgiveness to those who would both put their faith in God and perform works to merit God’s grace offered him no comfort.

This was because Luther knew that he could never perform enough works to earn God’s forgiveness. The Bible told him that no one will ever be justified by his own conformity to God’s law (Rom. 3:20). The church had lost the biblical understanding of salvation.

Apart from Christ, the law of God crushes us. It demonstrates how unable we are to meet God’s demands. It shows us that we can never do enough to earn back the life Adam enjoyed before he fell into sin. The only one who can do this is Christ. Thank Him for accomplishing our salvation, and continue to confess your need for His work.

Noahic Covenant
Dr. R.C. Sproul
Follow Us
Grow Daily with Unlimited Content
Uninterrupted Ad-Free Experience
Watch a Christian or Family Movie Every Month for Free
Early and Exclusive Access to Christian Resources
Feel the Heart of Worship with Weekly Worship Radio
Become a Member
No Thanks