Man Up, Dad, and Stop the High-Fives 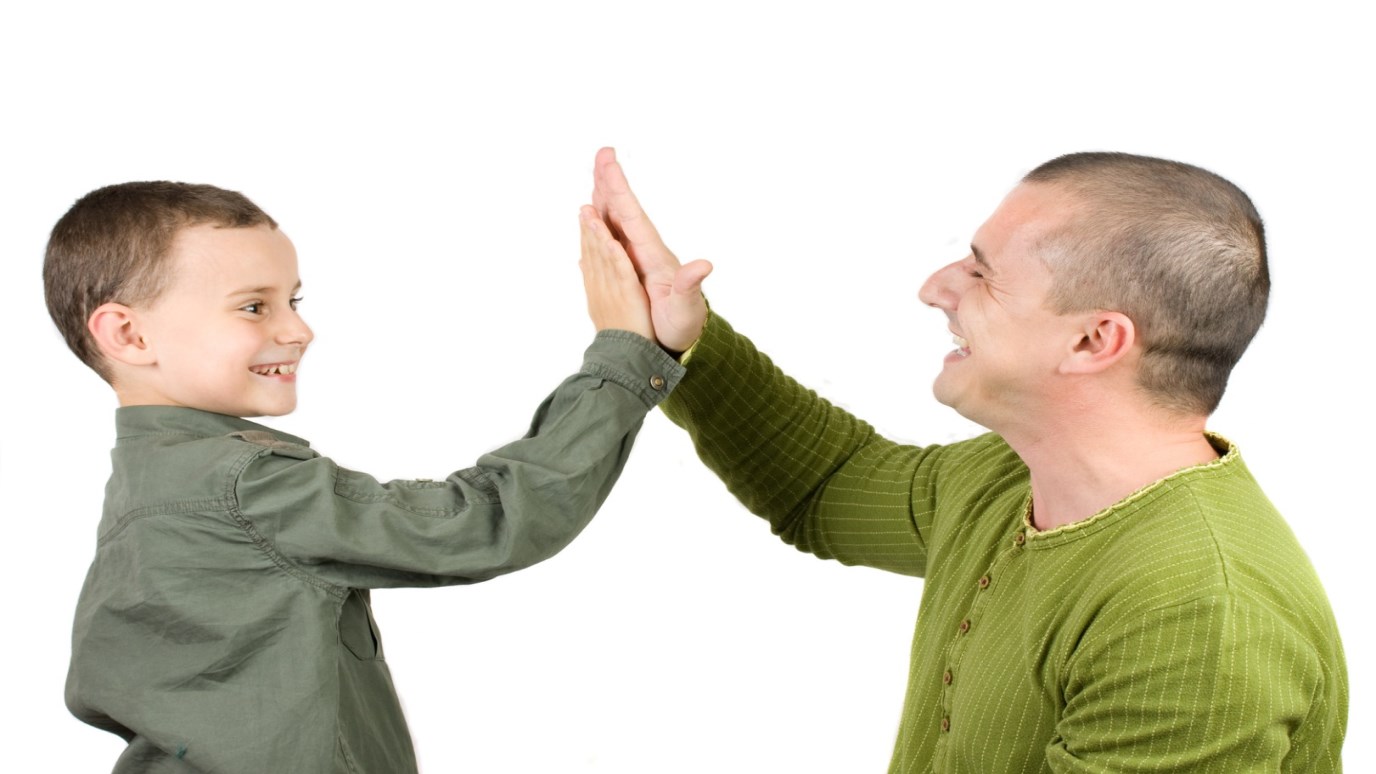 Slapping hands smacks of trying to be a buddy, not an authority figure.

Sometimes, seemingly little things are of great import. I was reminded of this recently during a stint as a guest on Dennis Prager's syndicated radio program. Talk show hosts know they have a minute or so to hook the listener, so they generally begin any interview with something controversial.

Being a master at his craft, Dennis' asked, "So John, is it true that you don't believe fathers should high-five their children?"

Yes, that's true, I answered, and went on to clarify that although this common practice is well-intentioned, it diminishes a child's ability to view his father as an authority figure. Children need two L-words from their parents: love and leadership.

The high-fiving dad is a loving guy who has substituted relationship for leadership, a proposition that does not work in any leadership setting. The new ideal in American fatherhood is to be a buddy to one's child. That sounds very warm and fuzzy, but children do not need 30- and 40-something-year-old buddies. They need loving adult males who step up to the plate of leadership. Put leadership first, and relationship will naturally follow, in due time.

The phone lines lit up. The first caller, a dad, was agitated. "I high-five my kids!" he said. "What's wrong with that?"

I patiently repeated most of what I'd said and added that presenting yourself as a leader to your child does not preclude the occasional game of catch in the backyard or any other recreational relational activity.

The operative word, however, is occasional. The dad who does this sort of thing every day is clearly striving for relationship.

I patiently explained that good parenting is not measured in terms of whether children like or do not like what parents do. Children often like what is not in their best interests and dislike what clearly is. And as for him enjoying high-fiving his kids, the raising of his kids isn't about him. It's about his kids' needs, not his.

The third caller, a dad, was only a tad less agitated. "But don't kids need encouragement?"

Parenting is a responsibility, not a playground. For generations, dads accomplished this without high-fiving their children, or its equivalent. They can still do it... if they're man enough.

The Impact of Seeking a Child’s Forgiveness
Sarah Eggerichs

Teaching Our Kids The Difference Between Friends, Frenemies & Everyone Else
Lifetree