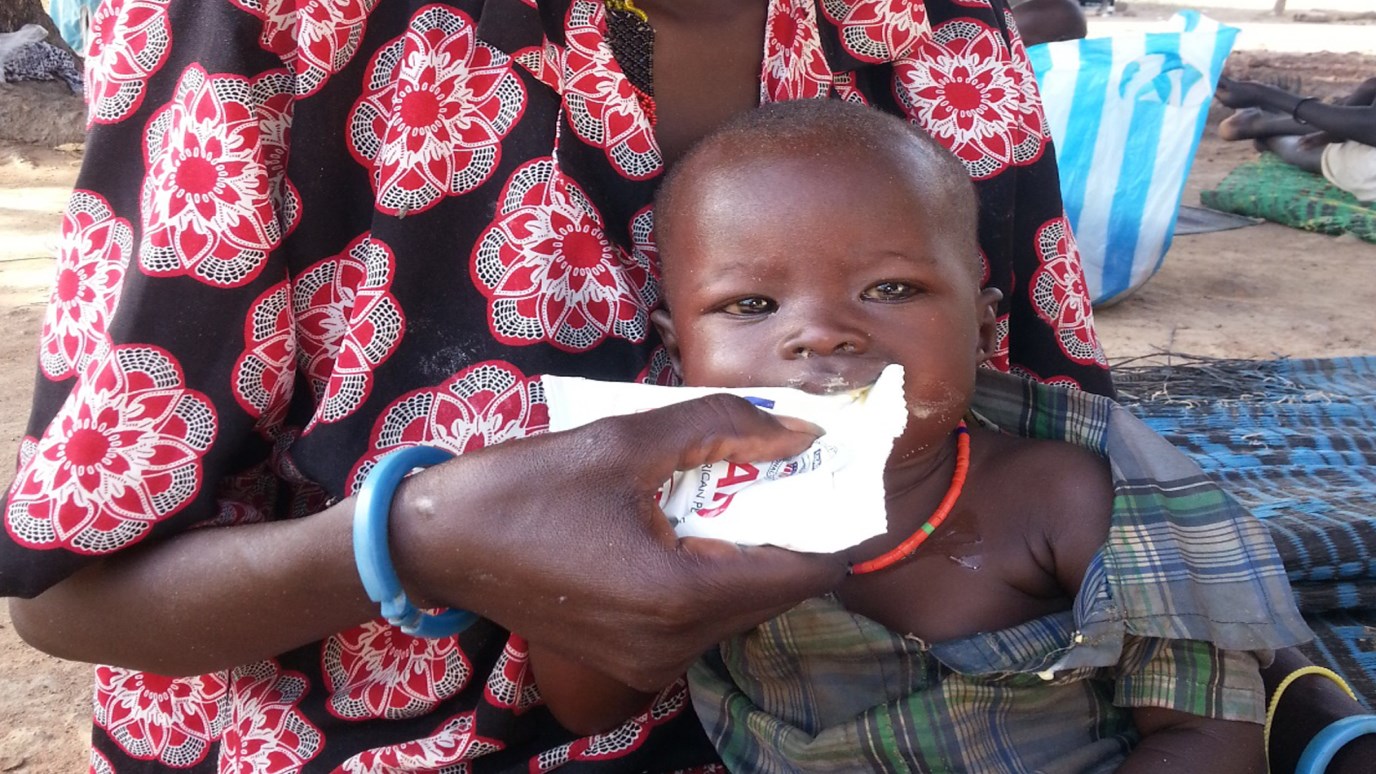 Malnutrition is escalating in conflict-torn South Sudan. About 1.25 million children under the age of 5 need emergency nutrition.

Conflict flared up between government and opposition forces in December, killing thousands in South Sudan and displacing more than 716,000 people within the oil-rich region. About 156,000 people have fled to neighboring African nations of Kenya, Uganda, and Ethiopia.

Violence forced families to flee without their harvested crops, much of which was eventually destroyed or looted, the Famine Early Warning System Network reports.

Floods last fall also took away months of potential food stocks, hampering people’s livelihoods. An estimated 78 percent of people in rural South Sudan rely on farming for income, according to the U.N.’s Food and Agriculture Organization.

Two-year-old Lual Akol’s family is among them. They were desperately low on food and money, and the toddler needed something to eat.

“We didn’t harvest anything this year,” Lual’s mother, Awich, said in November, a month before fighting. “I have been selling firewood in Kuajok town to earn some cash, which I use to buy food.”

World Vision has helped at least 36,000 children like Lual. The agency also has provided more than 30,000 people with food rations and household supplies in Upper Nile state and food and survival kits in Kakuma refugee camp northwestern Kenya, near the border with South Sudan.