Making The Best of It 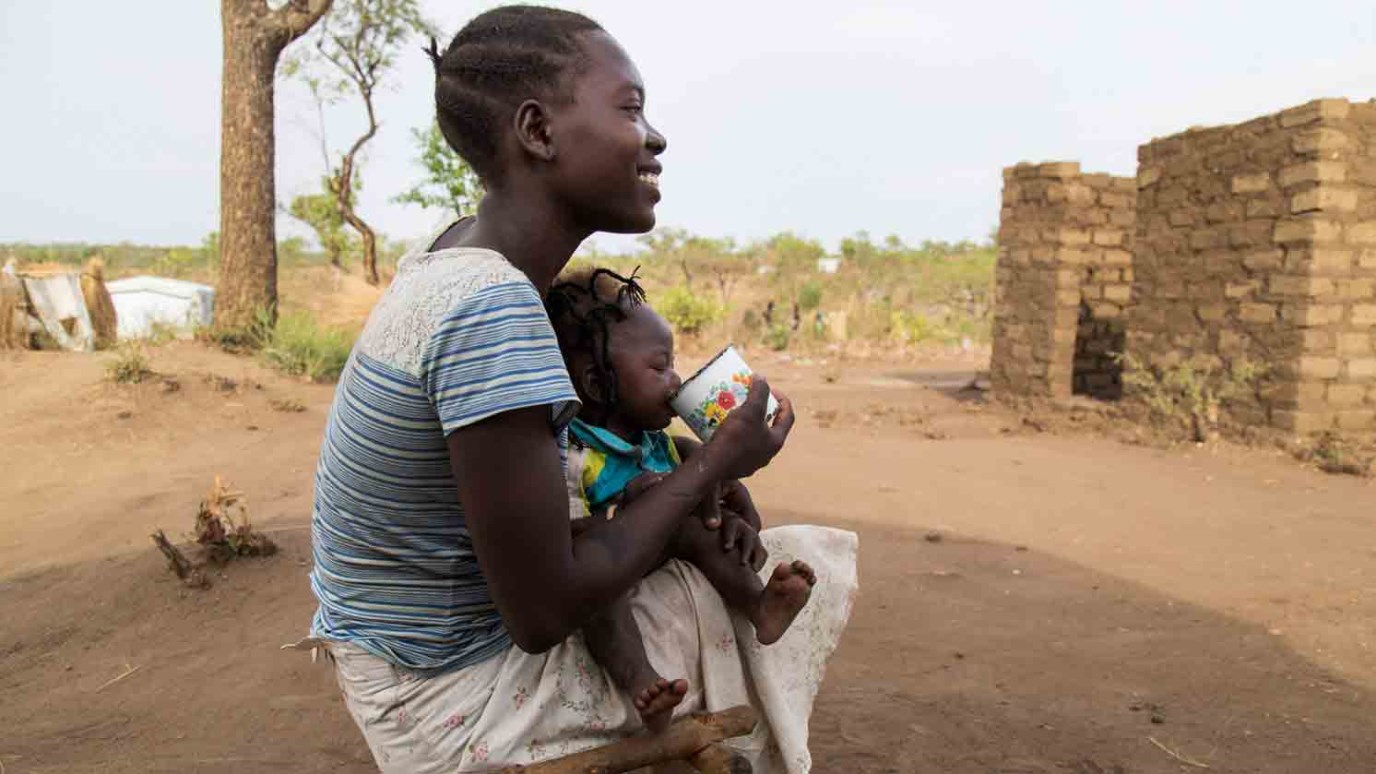 At 16-years-old, Viola is a wife and mother. The conflict in South Sudan has forced her to grow up far too quickly.

Viola's parents were on their way into town when they were attacked with machetes and slaughtered. A passerby picked-up her father's cell phone and used it to notify the family.

Viola is the eldest of four children. Her little brother was just 18-months-old at the time of their parents' death. Viola remembers him clinging to their mother's body as they tried to bury her. "He didn’t want his mother to be put alone, he was following our mother.”

Viola felt it was her responsibility to provide for her brothers and sister; a huge burden for someone so young, not to mention in a war-zone. When a man in his 20s asked her to marry him, promising a dowry payable to her Uncle to convince him take in her siblings; she felt she had no other choice.

Viola says her parents would not have approved of the marriage, "They used to love me so much and when I married my husband I was very young. I just did it because of the conditions. They used to tell me I’m a young girl I should go and study so I can become someone responsible in the future. It was my dream to be a doctor.”

When she was nearly nine months pregnant, Viola and her husband decided to flee the increasing violence in her hometown Yei, and seek refuge in Uganda. "I witnessed very many things, the people who were killing would not spare any category—they would kill the lame, the elderly, the children, even the pregnant women.”

Baby Mary was born not long after the couple arrived in Bidibidi Refugee Settlement in September 2016. Viola gave birth in one of the camp's hospitals but had no assistance.

Her husband had trouble adjusting to life in Bidibidi. In February this year he told Viola he was returning to South Sudan and would send money back to help support Mary. She hasn't received anything or heard from him since.

As a consequence, Viola sells half her monthly food rations to buy baby care items for Mary. This means she goes hungry for approximately 15 days until the next distribution.

"I feel safe here because there are no shootings, but the conditions are so appalling... The fear I have is sickness because I don’t have anybody. I have no money... If Mary falls sick who will help me? I always pray to God that she does not fall sick."

This Image Keeps Us Fighting Against Slavery
International Justice Mission