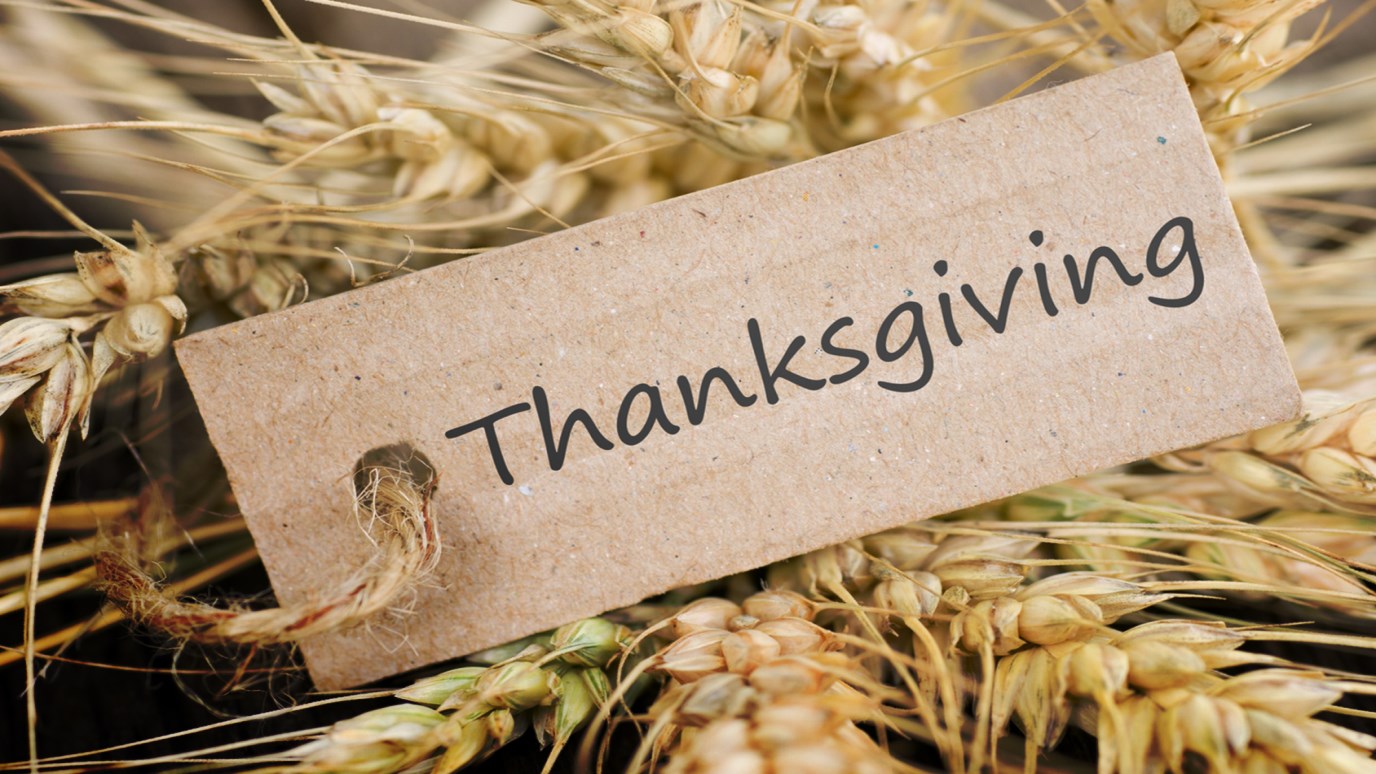 Bring out the historical and spiritual significance in your family celebration.

Do you have any suggestions for putting some meaning and significance into a family's celebration of Thanksgiving?

Dennis: In America we have two kinds of holidays: patriotic holidays and religious holidays. Thanksgiving is one holiday that is both patriotic and religious, and Barbara did a great job of bringing out the historical and spiritual significance in our family celebrations when our kids were at home.

Barbara: Our traditions evolved out of necessity. For several years when our kids were young, Dennis spoke at a FamilyLife event over the Thanksgiving weekend, and the whole family would accompany him. As a result, we didn’t have a personal, intimate Thanksgiving dinner together as a family.

Because I wanted us to have that time, we began a tradition of having Thanksgiving breakfast together. If you are usually traveling or with a large extended family on Thanksgiving, I would really recommend that you carve out a time that you can spend with just your immediate family to celebrate Thanksgiving.

We had a special brunch around 11 a.m. Everyone dressed up, and we gathered around the table. After a short prayer, I read a story from the book The Light and the Glory. We set the stage by reading a story about the Pilgrims’ journey to the New World, and then we read a few other stories about their experiences.

Dennis: The stories served to remind our children of some important character qualities: They were reminded of God’s provision for them, they saw how obedience and a correct response to authority were important in the forming of a country, as well as for a family to be governed correctly. They got a sense of the historical significance of God at work in America’s history.

Barbara: After I finished reading the introductory portions from the book, we passed a basket around the table. Each person’s plate had five kernels of corn on it, and we took turns putting the kernels into the basket. For each kernel, we would say one thing for which we were thankful. One year we also started writing down the things we were thankful for so that we could reread them in future years.

There’s a story behind the five kernels. After the very first Thanksgiving, more settlers from England landed at Plymouth, but they didn’t bring any provisions. As winter began, the food supply was quickly exhausted, so the governor instituted a daily ration of five kernels of corn per member of the colony per day.

We told that story to the kids, and it made us all more deeply thankful for the gift of food. The stark reality of five kernels of corn made us more aware of the envy, greed, and self-centeredness that characterize our culture.

Dennis: When you’re establishing new traditions around a celebration of Thanksgiving with your extended family, be careful that you don’t offend members of your extended family who are not Christians. Don’t force the spiritual. Honor your family; honor their ritual or lack thereof. Find opportunities to hug and express your love for your family. Then, if you want to initiate a tradition, ask their permission. For example, when we had Thanksgiving dinner with Barbara’s family, we would go around the table and express appreciation for a member of the family. Your Thanksgiving traditions with your family can be some of the most meaningful times you have with your kids.

Barbara Rainey contributed to this article