Making Her Own Way 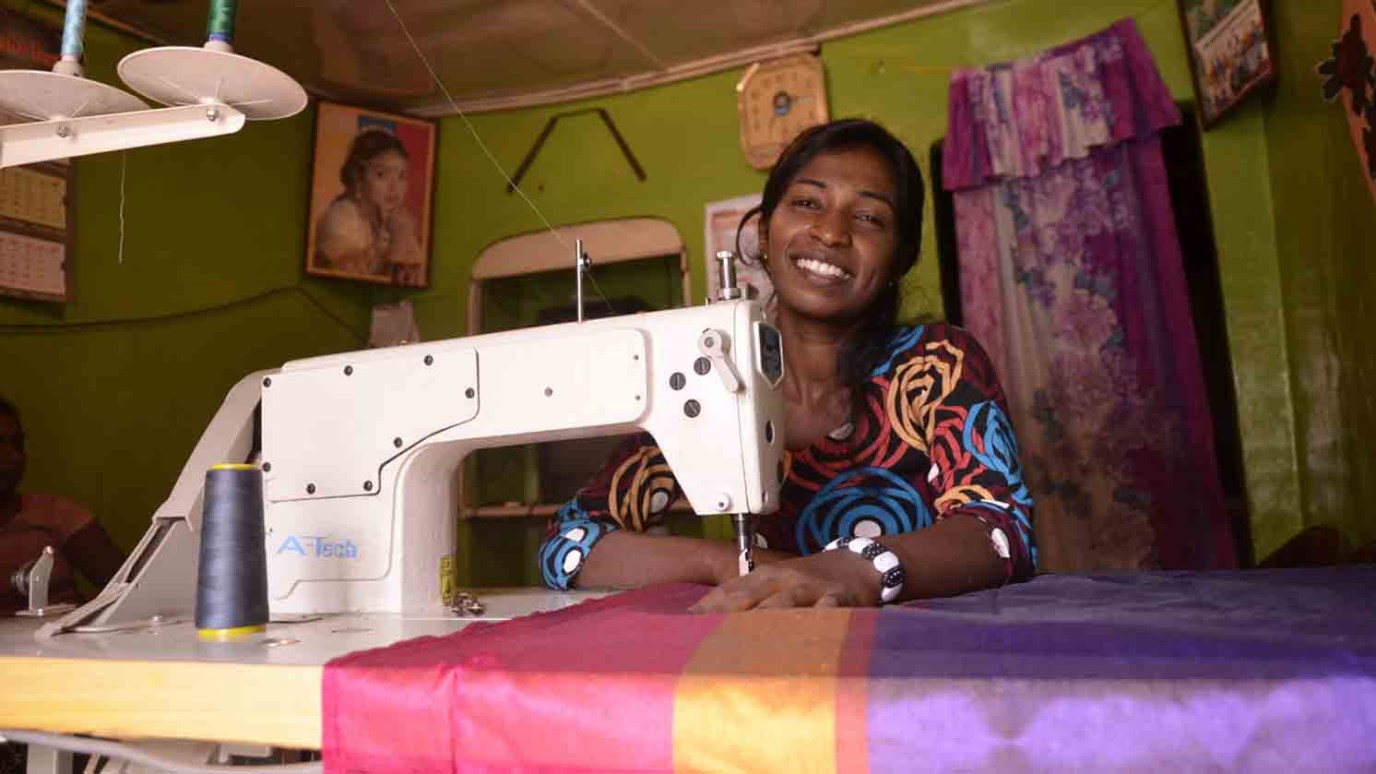 Priya defied expectations of working on a tea plantation to earn her way as a tailor.

Priya comes from the tea estate labor community. It is natural for the girls in her community to eventually become tea pickers, but Priya had a different dream. World Vision's vocational training for youth helped her achieve it.

At the age of 11, Priya, now 23, made a decision to be independent when she grew up. Living in a tea estate among the families of laborers, she saw how every girl in her community ended up picking tea for a living.

“Although my parents worked on the tea estate, they did other things to provide for us,” she says. “My father made garlands and sold them during temple festivals and my mother stitched clothes sometimes.”

“I used to help them both but I had a bigger passion for tailoring than making garlands. I would watch my mother pedal the machine and be so amused. My grandmother used to tack pieces of cloth and help me practice stitching. Later I began to make paper clothes for trial. By the time I was nineteen I was convinced I should stitch clothes and earn an income.”

But Priya still continued to try out different things. When there were weddings in her community she helped her neighbors dress up and put on make up. “They thought I did great and thought I should pursue beauty culture,” she says.

Soon after completing school Priya followed a course on beauty culture with the help of Seva Lanka, a development organization that enhances the capacity of disadvantaged rural communities. The course renewed her hope in having her own business but with her mother’s sudden death, she and her father struggled to provide for the family, especially for her sister who was still in school.

“During this time I was introduced to an economic development program with World Vision. The program not only provided me with fresh training in beauty culture but also gave me knowledge in starting and improving a business. Youth like me were given career guidance and I also learned about marketing, business and financial planning and savings,” she says.

“The best thing I learned is that we should invest in improving the quality of our work rather than in fancy business cards or advertisements. The work you do automatically becomes your business card,” she says. “That was true. At functions people began to ask my clients who dressed them and would take my number from them.”

“As my business grew, I used the knowledge I received to stabilize and improve my financial planning. It in turn helped me strengthen my family economy. I was able to take care of all expenditure with regard to my sister’s education while my father took care of other home expenses. I even saved enough money for any medical emergency.”

Especially during bridal dressings, she noticed that when a bride didn’t wear neatly stitched clothing in affected the overall look. Her childhood desire to stitch clothes returned and she created a full package that included designing and tailoring of their clothes and making bouquets.

“I had a good response,” says Priya. “With the income I bought an electric sewing machine which made tailoring quick and easy. I also began to plan ahead for the wedding months.”

“The quality of my work not only brought me a stable and improved income, but also brought prestige,” she says. “Girls who didn’t talk to me in school because I was lived in tea estate housing began to talk to me and ask for my services. But I don’t forget the girls I went to school with from my community, who are now picking tea to provide for their families. I talk to them often and encourage them.”

Priya has bigger dreams now. She wants to train other girls from her community in beauty culture. And of course she wants to see that her sister gets through to university.