Make Up Your Mind - A Family Devotional 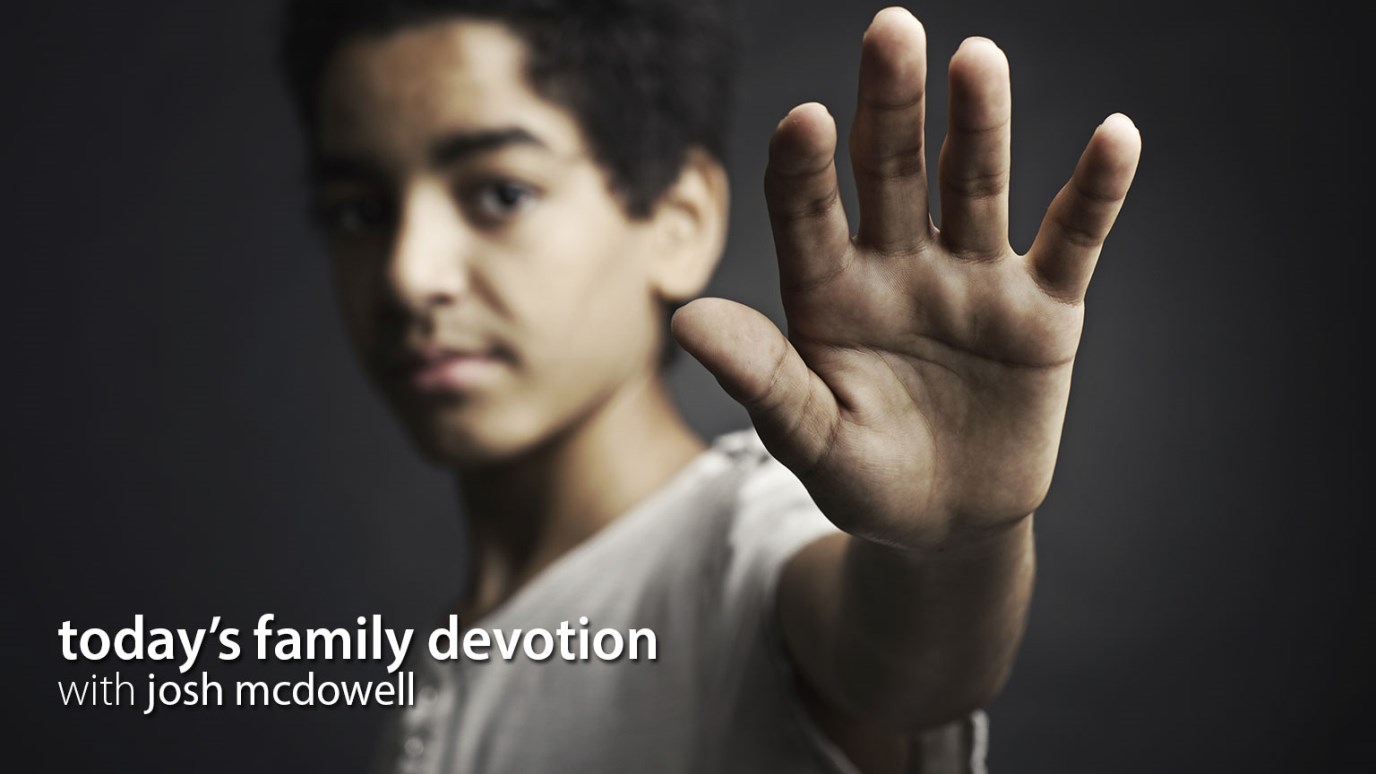 Choosing to do right is easier when you've already made up your mind.

Choosing to Do Right Is Easier When You've Already Made Up Your Mind.

David followed his buddies around the corner and into the alley beside the laundromat. “What are you guys doing?” he said. “You’ll see,” Neil answered.

“Yeah,” said Paul. He cast a furtive glance to his left, then to his right. “OK, show him,” he told Neil.

Neil smiled and dug into his pocket. After a careful look behind him, he pulled a pack of cigarettes from his pocket.

David shook his head. “Not me,” he said.

“Whatever,” Neil said. He tapped a cigarette out of the box and stuck it between his lips. He offered one to Paul, who aped his friend’s actions.

“See you guys later,” David said. He started to walk away.

“Wait a minute,” Neil said, dropping the cigarette from his mouth as he called out to David. “You’re really leaving?”

David took two steps back toward his friends. “Hey,” he said, “I made my mind up a long time ago that I wasn’t gonna do that stuff.”

Neil and Paul looked at each other. Neither had lit his cigarette.

“So where are you going?” Neil asked.

“I don’t know,” David answered. “Anywhere but here.” He turned and started to leave.

Neil and Paul exchanged glances again. After a moment of hesitation, Neil crumpled the pack of cigarettes and threw it into the dumpster. “OK,” he said. He turned to Paul. “Let’s go.”

“Anywhere but here,” Neil answered, as he trotted to catch up to David.

TO DISCUSS: Do you think it was easy for David (in the story above) or Daniel (in the Bible reading) to stand up for their beliefs? Why or why not? What would have made it easier for Daniel and David to do the right thing?

TO PRAY: “God, when we’re afraid to speak out, please give us the courage to stand up for our beliefs.”

Your Destiny Is Tied to Your Relationships
Jeff Little

Truth and Grace Through Discipline
Chuck F. Betters
Follow Us
Grow Daily with Unlimited Content
Uninterrupted Ad-Free Experience
Watch a Christian or Family Movie Every Month for Free
Early and Exclusive Access to Christian Resources
Feel the Heart of Worship with Weekly Worship Radio
Become a Member
No Thanks