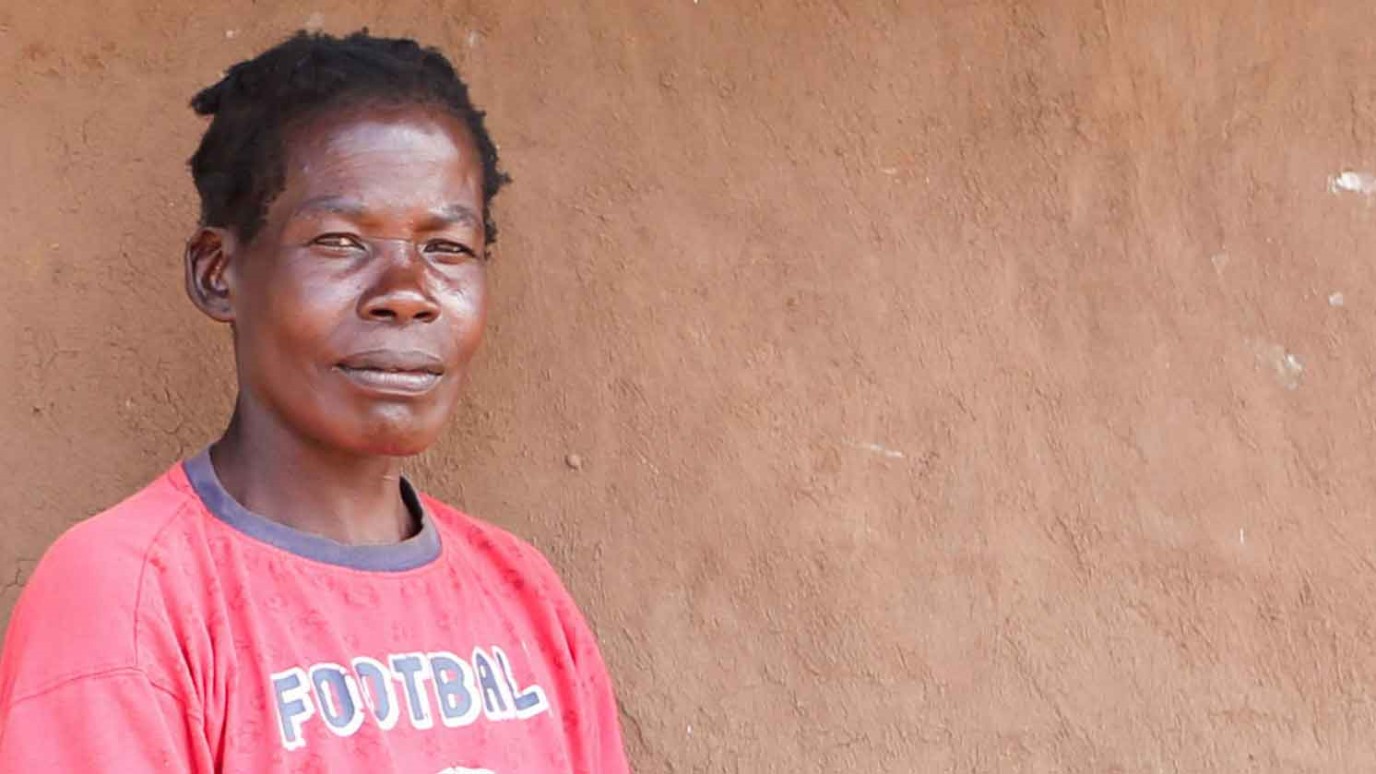 During this time of uncertainty, more people are working safely from their homes than ever before. For people like Hellen, home is not always a safe place.

Hellen had no choice but to flee. The war that Joseph Kony waged across northern Uganda threatened her safety and the safety of her dependents. Either she stayed home and risked being attacked there or she fled. It was a difficult, heart wrenching choice, but ultimately she left her home and sought safety elsewhere.

She finally came home ready to get back to the safety of her land. In an all-too-common turn of events, however, Hellen soon found that her home was no longer a place of refuge. Now she faced another conflict: greedy neighbors who claimed her family’s land as their own and refused—violently—to relinquish it.

They beat the children and threatened to rape the women. The assaults left them terrified to sleep in their homes and farm on their land. Fear threatened to unravel the family and drop them further into abject poverty.

Hellen could have drowned in the hopelessness. She could have easily given up because it was just too much. But she didn’t. Despite their intimidation,

IJM started working in Uganda in 2004 and quickly focused on land theft from vulnerable, widowed women. At the time, it was a common, expected practice for relatives, neighbors or community members to force women and children off of their land and out of their homes.

Because of the recent war, Gulu’s justice system was in pieces. Officials were working hard to rebuild it. Hellen’s case took years, though. Each delay in her case meant another full day of threats of violence and exposure to the elements of poverty for every single person in her family.

Eventually, the criminals who had attacked and intimidated Hellen finally pled guilty to the abuse—nearly unheard of in northern Uganda. They were sentenced to six months of community service, which was also a major victory in a community where crimes against women rarely go punished at all.

Soon after justice was won in court, local officials came to her land and officially identified and marked the boundaries of her property.

Hellen and her whole family were free to live in safety.

Life after extensive seasons of violence and fear can be crippling. Because supporters like you sent IJM to show up and support Hellen, she was free to rise above the odds. She sold fish in the market and saved up enough money to start a small restaurant. Her strength and resiliency led to a more stable future as she built her café and restored her family’s farmland.

Hellen’s story brings us so much hope. IJM believes we can end slavery and violence in our lifetime because of the strength we see in survivors every day.

*To protect IJM survivors, we have used pseudonyms, obscured some images and included photos that do not depict actual victims where appropriate. Consent gathered for all images.