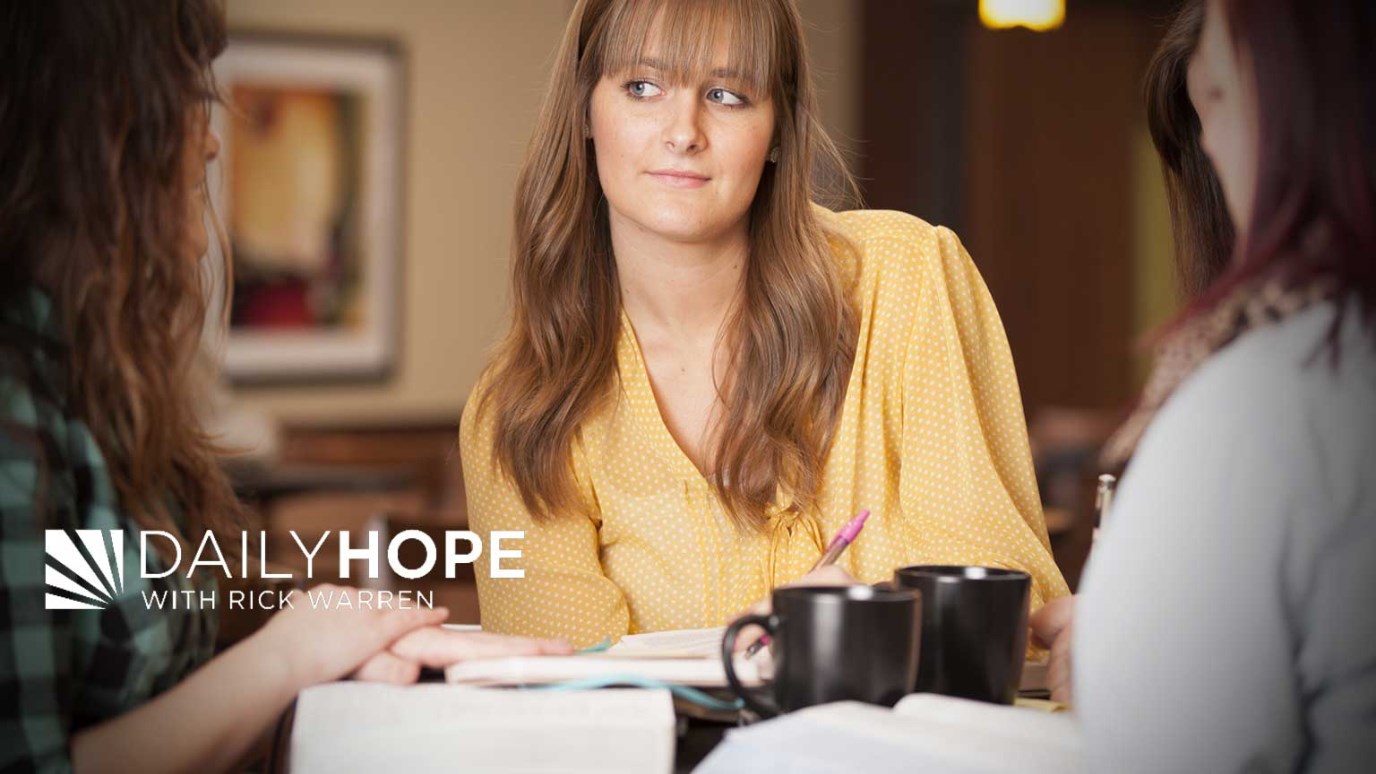 God wants you to build true friendships with people who are already in your life so that you can share the Gospel with them.

“Be friendly with everyone. Don’t be proud and feel that you are smarter than others. Make friends with ordinary people.” (Romans 12:16 CEV)

Everybody’s looking for a true friend — not just acquaintances but people who are there with you when you need them most. God wants you to build true friendships with the people that are already in your life so that you can share the Gospel with them. God has put these people — your co-workers and classmates, neighbors and teammates — in your life specifically so you can share with them about the most important decision they will ever make. If you don’t tell them about what Christ has done for them, then who will?

The Bible says in Romans 12:16, “Be friendly with everyone. Don’t be proud and feel that you are smarter than others. Make friends with ordinary people” (CEV).

Christians tend to fall into one of two extremes: isolation or imitation. Some Christians say, “I don’t want to get polluted by the world. I’m just going to isolate myself. I’ll build a wall and my own little culture.”

Isolation doesn’t work! How are you going to build any friendships that way?

The other extreme is imitation, which says, “Let’s be just like the world. We’ll dress like the latest pop star. We’ll say whatever we want about other people. We’ll have whatever values and goals popular culture tells us we should have. We’ll be no different from the world.”

That’s not what God wants you to be, either. He doesn’t want you to give in to the lowest common denominators of society.

The answer is not isolation or imitation. It’s insulation and infiltration. The Bible says you’re to be salt and light in the world. You’re to penetrate the world with God’s goodness.

When I go out to dinner and order sea bass, the first thing I have to do before I can eat it is put salt on it. That fish has lived its entire life in salt water, yet I have to put salt on it. What’s going on? That fish is insulated. If God can take a fish and keep it in salt water its entire life and not have the salt permeate the fish, then certainly God can take any believer, put us in the world, and keep us from being corrupted by the wrong values.

God wants you to be holy and secure in your faith. He also wants you to walk out your door into the world and get to know the people he’s placed in your life. As you build relationships with people around you and share Truth with them, you are to be in the world but not of the world.

“The Holy Spirit, God’s gift, does not want you to be afraid of people but to be wise and strong and to love them and enjoy being with them” (2 Timothy 1:7 TLB).