Make a Difference for Generations 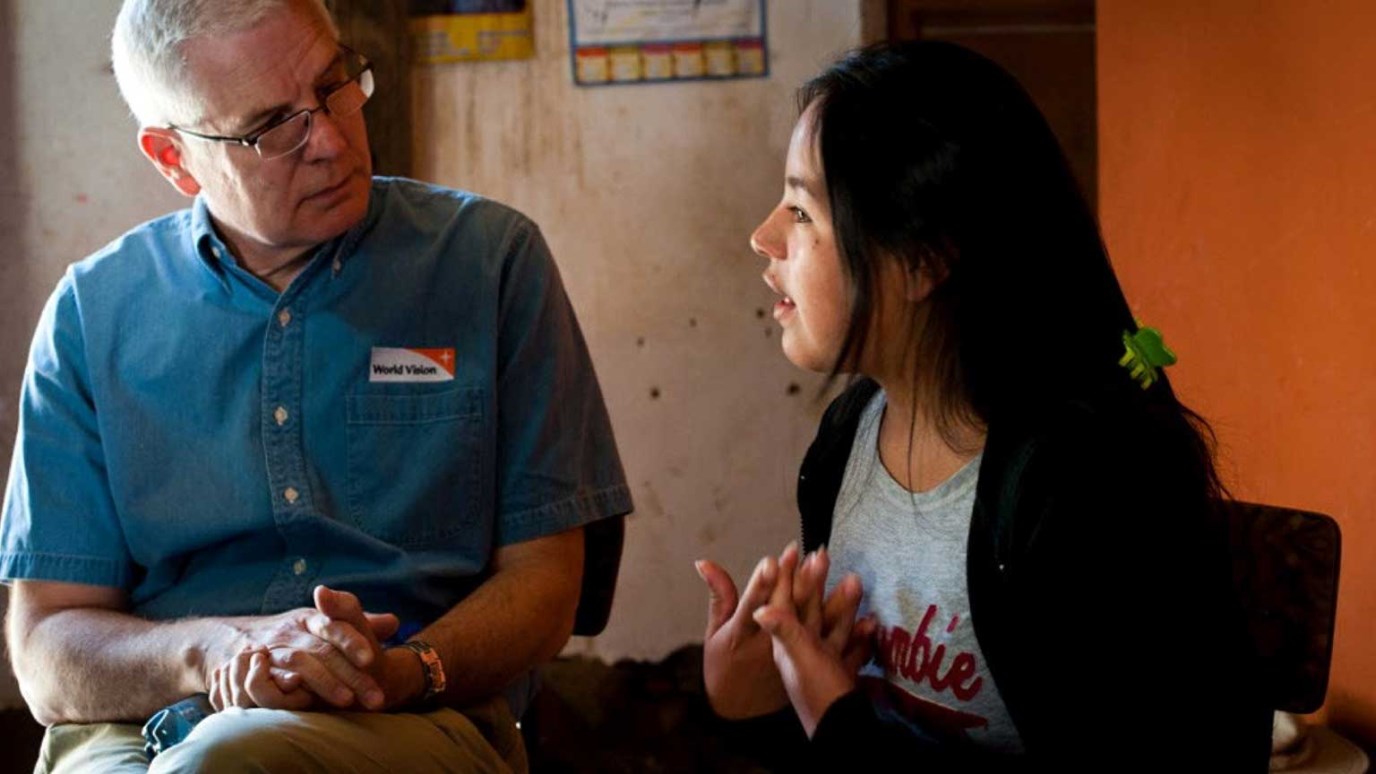 Caring for girls and giving them a voice is one of the most powerful tools World Vision has to help poor communities—not just today, but for generations to come.

If you knew you could change the future by writing one letter, to whom would you write? A head of state? A celebrity? A CEO of a multinational corporation?

During my book-writing sabbatical last summer, I paused to write one letter. I chose to write to a girl born into a poor family in the mountains of Bolivia. Why? Because I believe that empowering a girl today is the best way to make a difference for future generations.

I’d met Ruth on a trip last year. Her story was striking. She had a powerful passion to pursue her education and become a lawyer so she could help abused women and children. Yet the obstacles Ruth faced were enormous.

Abandoned by her father at birth, Ruth grew up in a mud-brick home with a dirt floor and no running water or electricity. She came of age in a community where very few ever make it to high school, especially girls. Yet with World Vision’s help, Ruth was able to attend elementary school. Unfortunately, women are devalued in Bolivia, as in many places around the world where girls are often prevented from going to school.

Compared to boys, a girl growing up in the developing world is more likely to die before her fifth birthday. She is less likely to receive adequate food or healthcare; she will have fewer economic opportunities; and she is more likely to be forced to marry before the age of 16. If these conditions weren’t enough, little girls today are too often victims of sexual and domestic abuse as well.

Ruth’s education led her to become a student activist. Domestic abuse and alcoholism are major problems in her community. So Ruth led a small group to petition the government to open a legal office in the area where women and children could report abuse and find help and protection.

From this experience Ruth developed her own vision to become a lawyer and advocate for women and children who suffered abuse. But her family moved; she was made to live with an uncle; and her mother pulled her out of school, forcing Ruth to get a job.

When I met Ruth, she was 19. Against all odds, this girl, born into poverty in the mountains of Bolivia, had finished high school and enrolled in a university. She was still pursuing her dream to become a lawyer, to transform a nation.

Ruth is now getting the extra help she needs to finish her studies, but her struggle continues. In my letter to her, I told Ruth, “I believe in you. You have a dream, and I just know that you will never quit until you have reached it.”

Because women and girls so powerfully affect their families and communities, there is no “anti-poverty intervention” more effective than supporting a girl. The former U.N. Secretary General Kofi Annan put it this way: “To educate girls is to reduce poverty.”

In my next book, Unfinished (to be released April 30), I tell the story of Rahab, the prostitute who helped the spies from Israel enter the city of Jericho. Rahab would have faced similar obstacles to those confronted by many girls today. Yet her risky actions for God continue to have an impact. Centuries after her act of courage, we are told in the Gospel of Matthew that she was a direct ancestor to King David and eventually Jesus Christ.

Caring for girls and giving them a voice is one of the most powerful tools World Vision has to help poor communities — not just today, but for generations to come.

The Currency of Character and Dignity
Rodney Sampson

When God Turned Everything I Knew Inside Out
Brian Ray

Why Society Needs Christians More Than It Thinks
Chris Tiegreen