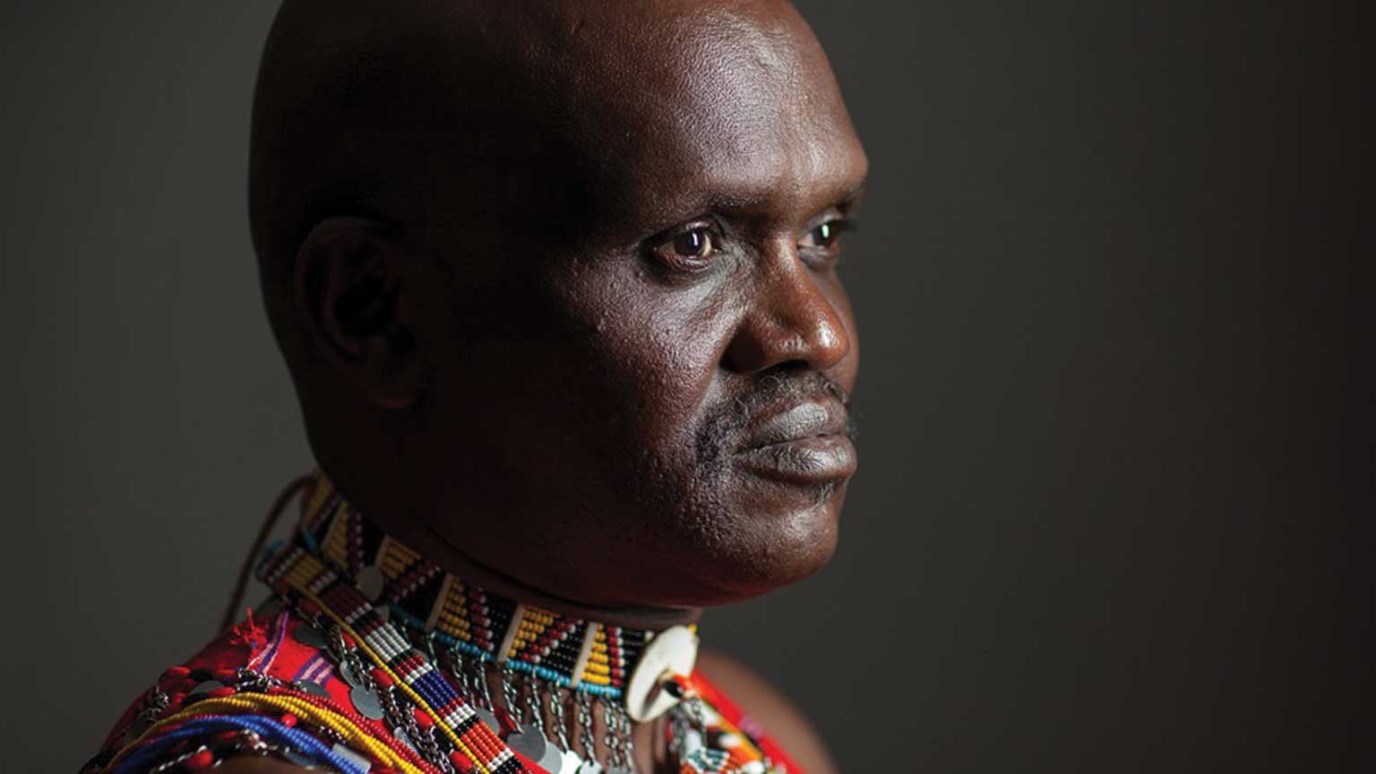 After addressing students from Nairobi University in July 2008, Ben planned to deliver a report to the Kenyan Human Rights Commission on extra-judicial killings by police. Two colleagues set off for the commission as Ben lingered with students.

The friends never made it. Unidentified assailants sprayed their vehicle with bullets, killing them both. Ben went into hiding, fearing for his life.

The murders were just one of several attempts to silence Ben. Previously, the police had seized his computer, confiscated files from his home, and hacked his phone.

The harassment stems from Ben’s advocacy for land rights among the Maasai, a semi-nomadic people who live in Kenya and Tanzania. Ben is the founding chairman of the Maa Civil Society Forum, an umbrella organization assisting those seeking redress for Maasai grievances.

Ben’s encounters with injustice stretch back to his childhood. His earliest memories include police raiding his home and taking his father, Sironka, to prison. Sironka had resisted eviction from a piece of land coveted by a local official.

After his mother left to marry another man, Ben found himself in the care of a succession of meanspirited foster mothers. He was often hungry and neglected. “In some instances I had to sleep in the sheep corral,” he says.

When Sironka was released from prison, he regained custody of Ben, who recalls clinging to his dad following the custody trial. The reunion is his most joyful childhood memory.

The pair settled in Kajiado, in Kenya’s Rift Valley, where Sironka became a hired herdsman. Ben traveled for miles with his father in search of pasture for the cattle, making school attendance difficult.

World Vision, which worked in Kajiado, offered Ben the opportunity to become a sponsored child. Ben recalls receiving letters from his sponsor in the United States. “It was fulfilling to write thank-you letters to a person I had never met, but whom God had worked through to give me an education,” he says.

Through sponsorship, the family received cattle to improve their living situation. Eventually Ben was able to go to boarding school—all expenses paid.

Although he knew about Christ as a child, Ben says he committed to following Christ in 1987. “From then, I have desired to learn and to share my testimony in helping others know and follow the teachings of Jesus Christ,” he says.

After graduation, Ben taught for several years, but he yearned to work among those who are poor and oppressed. In 2002, Ben became the program manager of World Vision’s Maasai People’s Program, which helped Maasai develop their cattle businesses. Ben also managed educational programs to discourage the practice of female genital mutilation.

During his time with World Vision, Ben realized that political change would be needed before significant transformation could take place among the Maasai. Determined to help bring about that change, Ben left World Vision in 2004 to devote himself to his work with the Maa Civil Society Forum.

His desire to see his people transformed is a natural outcome of his faith. “We are all made in the image of God; we all deserve to have what we need to live.” he says. “It’s human systems that have denied some of the opportunities and abundance that God has provided.”

Ben says the tide is turning in Kenya. The Maa Civil Society Forum and other organizations have influenced Kenyan land policy so that historic grievances must now be taken into account. Some land wrongfully taken from the Maasai has been returned.

In 2004, Ben led the Maasai’s first peaceful protest in Nairobi. Five years later, as his views continued to clash with the Kenyan government of the time, Ben sought political asylum in the U.S.

Ben recently graduated with a master’s degree in social entrepreneurship at Northwest University in Kirkland, Wash. He is now pursuing a doctorate in international family and community studies at Clemson University in South Carolina. He plans to return to his homeland to use his knowledge to further the cause of his people.

Ben also is the author of the book Advocacy to National Activism: Maa Civil Society Forum, Kenya, published in 2012.

Ben’s work springs from the philosophy that it is better to teach people to fish rather than give them a fish. “To teach a man how he may learn to grow independently and for himself,” Ben says, “is the greatest service a man can give to another.”