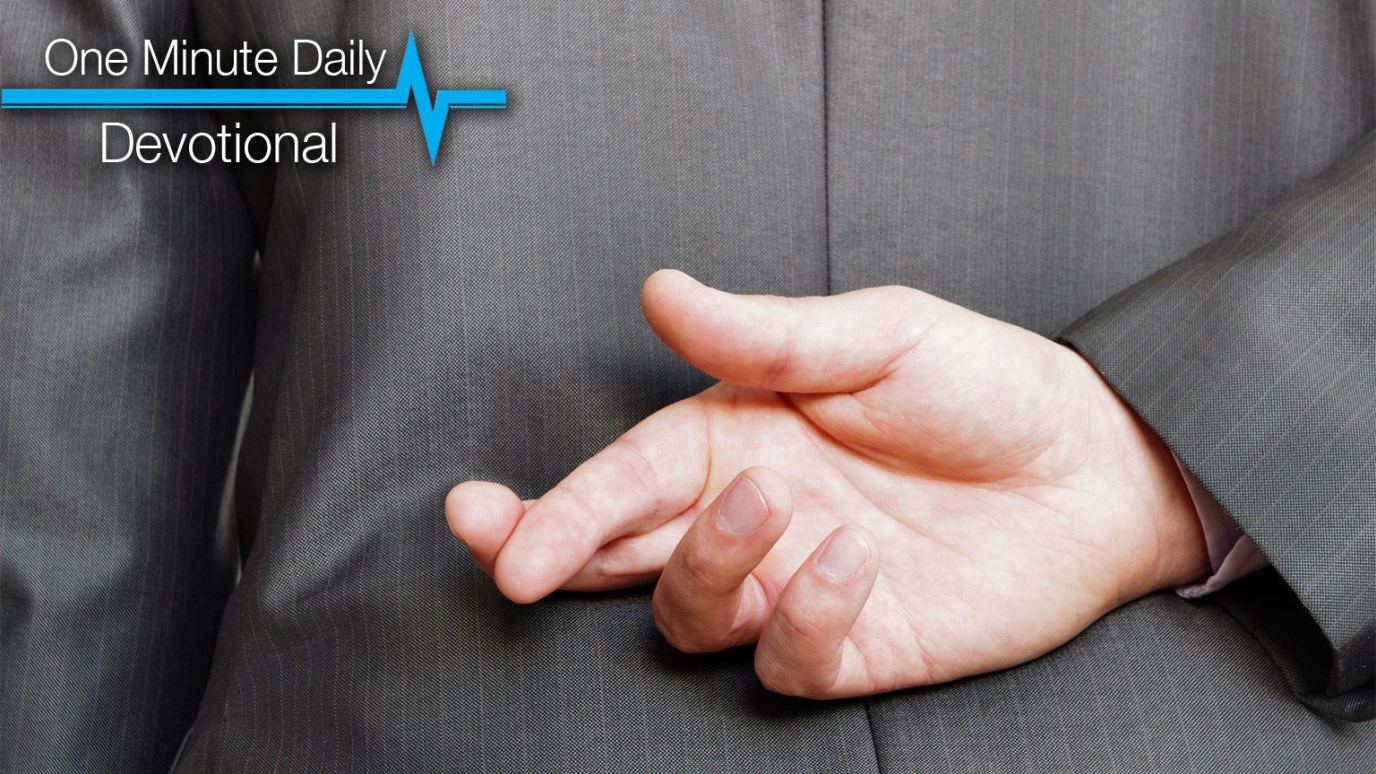 You may be getting away with lying for now, but in the end, the truth comes out.

An excited husband called to tell his wife that he had been asked to accompany the boss on a fishing trip to Canada. The husband had to leave that evening and asked his wife if she would mind packing a few things for him. He added, “Be sure to include my new silk pajamas.”

She thought that sounded fishy, but said nothing. When the man returned from his trip, his wife asked how it went.

“Did you catch anything?” she asked.

“Yes, pike, walleye—what fun!” Then he asked, “But why didn't you pack my blue silk pajamas?”

Lying is, most of all, about stupidity. We will be found out. You may be getting away with it for now, but in the end, the truth comes out. It may not be until you die, but God has on file everything we've ever said. So you’d be wise to seek His forgiveness and start telling the truth. Always! Otherwise, you’ll eventually look like a fool.

When It Comes to Fear...
Jeff Schreve

Trust in Him
Back to the Bible