Love Jesus? Then Care for Refugees 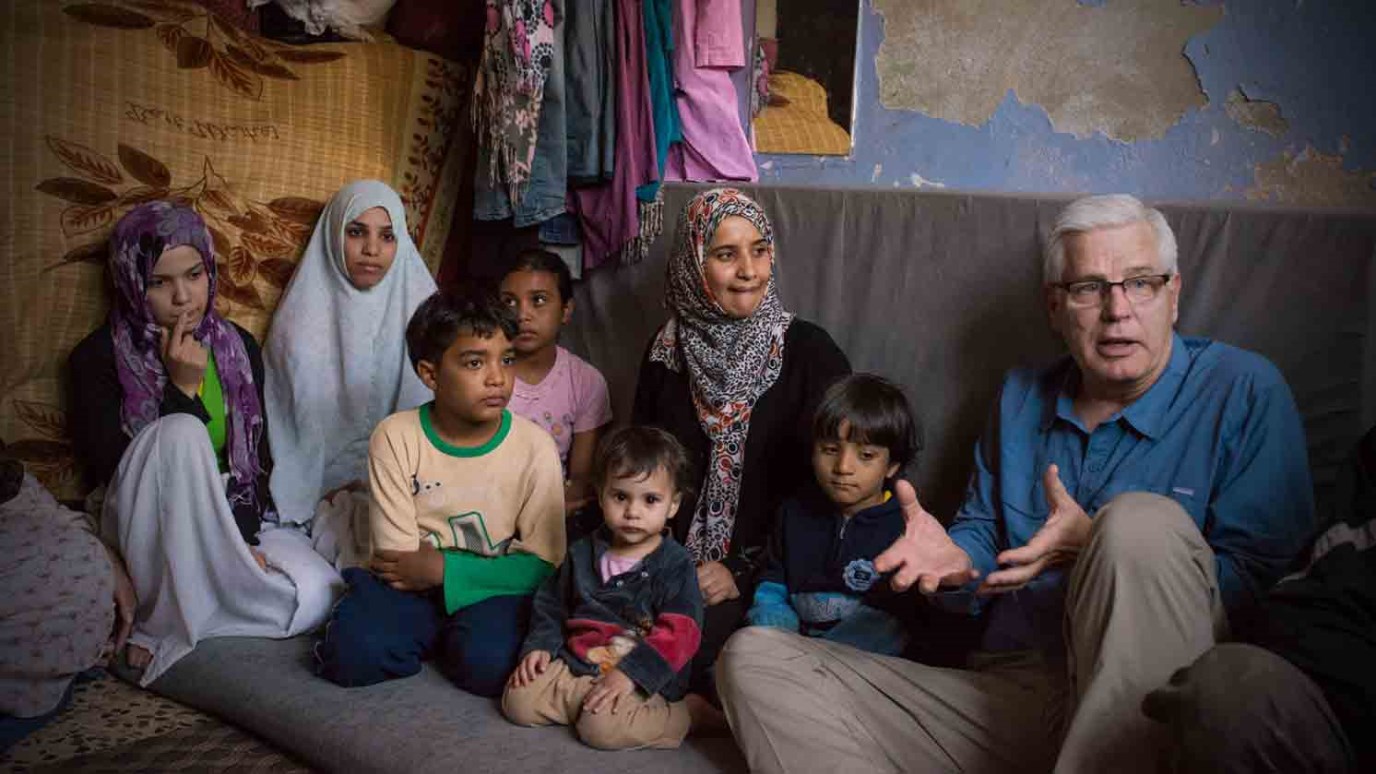 When we love another person’s child in need as we would our own child, then it is as though we are caring directly for Jesus Himself.

Are some lives more important than others? That’s the question many are asking. It’s the fundamental question behind fears over letting Syrian refugees into the U.S. We know that Syrian refugee families are suffering, but what if helping them means increasing security risks for my own family?

That’s the notion that I’ve been challenging in several churches over the past few years as the refugee crisis has become an issue of national concern. Christ’s command to love our neighbors as ourselves is both practical and personal. Jesus sets an almost impossible standard for us — We are called to love someone else’s children as much as we love our own, because they are all his kids.

In October 2015, I met Abir and her five daughters in a refugee settlement in Lebanon. The family first considered leaving Syria when they struggled to feed their family, but it was a sniper’s bullet that eventually forced their decision. With the gunshot wound in her leg starting to heal, Abir walked 8 hours with her daughters to escape the country. Abir’s husband remains in Syria, but they have lost contact. She doesn’t know whether he is alive or dead.

Abir and her daughters live in a one-room tent in Lebanon that is smaller than a typical American child’s bedroom. She isn’t allowed to work in Lebanon, so they live on handouts.

Because of funding shortages, the World Food Program has reduced its assistance to a paltry $21 per person monthly food allowance. This is not enough to live on, and many refugee families are forced to send their young boys out to work and their young daughters out to marry.

Abir is doing her best to protect her daughters, and they stay within the confines of their encampment. “The girls ask me to get them out of this prison,” Abir said to me. They don’t leave the tent settlement because it isn’t safe. “Our rights are violated,” Abir said. “When I shop, I leave the girls here, and I shut the door.” Her life has now shrunk to a moment-by-moment existence. “We cannot plan for more than today,” Abir said. “We live hour by hour.”

Today, millions of people have been forced to flee from their homes in Syria because of civil war. Some have seen loved ones violently killed. Some have been injured themselves. They have left their homes, their bedrooms, their toys, their schools and their friends behind — taking only the clothes on their backs.

They leaving Syria — making their way to Lebanon, Turkey, Jordan and other neighboring countries — and that’s where they need assistance. Only a small percentage have the resources to get to Europe. They are desperately trying to find a better life somewhere. Anywhere. Hoping that someone will help them, that someone will care. If we really care, we will help them as close to their home as possible,

For four and a half years Americans mostly ignored this terrible crisis in the Middle East and the acute human suffering it has caused. Because you see — they were somebody else’s kids — not ours.

Imagine the person you love most in the world and how you would feel if they were suffering like this. Imagine that they were being abused, that they were hungry and without clean water, that they were terribly sick. Imagine how desperately you would try to do anything in your power to help them. This is exactly how Jesus feels about every single one of these refugee children.

It shouldn’t matter that their governments might be to blame.

It shouldn’t matter that they practice a different religion.

Certainly, caring for a stranger like we would our own child isn’t our natural response. If it were, our national conversation about welcoming refugees would be very different. Despite our own difficulty in loving “the other,” God loves them and he wants us to love them. And when we do, Jesus tells us in Matthew 25 that it is the same as loving him. When we love another person’s child in need as we would our own child, then it is as though we are caring directly for Jesus himself.

I’m grateful that a recent World Vision survey found that Christians are actually more likely than the general public to take action on behalf of refugees. That’s as it should be, but it isn’t enough. Loving a refugee as our own child would mean that America’s 350,000 churches would be showering refugees with compassion, challenging politicians who refuse to help them, and showing the world the love of Jesus.

It’s my prayer that the church does just that.