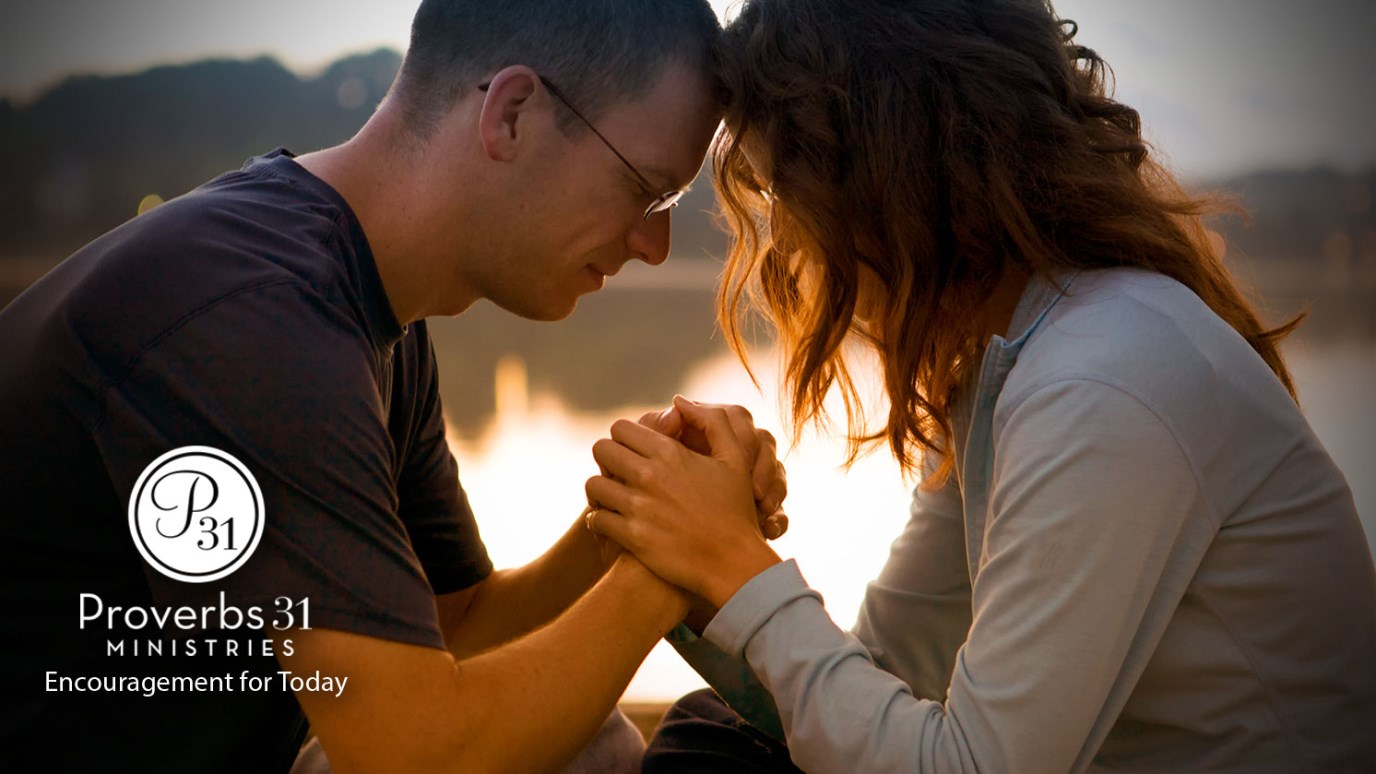 Marriage is not always easy, but it was never supposed to be. The rough patches can remind us how much we need to lean into God.

“What is causing the quarrels and fights among you? Don’t they come from the evil desires at war within you?” James 4:1 (NLT)

I loved my husband, Carey, desperately when we first got married … and it shocked me that we would ever have conflict in our marriage.

Marriage quickly became a crucible. I realized I had a choice: Either allow God to forgive and free me from my quickly accumulating sins, or continue to be selfish and petty.

And I became painfully aware of the truth found in James 4:1, which reminds us that the “quarrels and fights” among us “come from the evil desires at war within.”

I wanted Jesus to have all of me … and I wanted to have a lengthy, healthy marriage. I knew there were no guarantees except that I — with God’s help — could change my own behavior.

In the process, here are three things I learned about fighting fair:

Marriage is not always easy, but it was never supposed to be. The rough patches in marriage remind us how much we need to lean into God. As my husband tells our kids when they’re doing their homework, “Hard is not bad. Hard means you’re learning something.”

Difficulties and disagreements in our relationships can be outlets to show our mate “who’s boss.” Yet if we lean into the Lord, they can become opportunities for us to surrender to God’s guidance and build bridges to a deeper relationship with our spouse.

Father, we don’t want to run away from each other or from You, but our desires fight and war within us, and we are tempted to hurt each other. We often choose self-protection over selflessness. Move us from greed to gratitude. Lead us from spite to spiritual union. We need Your help every hour of every day. Continue Your transforming work in us, and sanctify our marriage. In Jesus’ Name, Amen.

TRUTH FOR TODAY:
Ephesians 4:26-27, “And ‘don’t sin by letting anger control you.’ Don’t let the sun go down while you are still angry, for anger gives a foothold to the devil.” (NLT)

Ephesians 4:31-32, “Get rid of all bitterness, rage, anger, harsh words, and slander, as well as all types of evil behavior. Instead, be kind to each other, tenderhearted, forgiving one another, just as God through Christ has forgiven you.” (NLT)

REFLECT AND RESPOND:
What makes you angry? Jealous? Self-protective? Talk about the ways your spouse could reassure you. Think about ways you can begin to let God heal the wounds that cause those emotions.

Finding a Win-Win Solution
Dr. Michael Smalley
What I Wish I Would've Known Yesterday
Emily Manke
Follow Us
Grow Daily with Unlimited Content
Uninterrupted Ad-Free Experience
Watch a Christian or Family Movie Every Month for Free
Early and Exclusive Access to Christian Resources
Feel the Heart of Worship with Weekly Worship Radio
Become a Member
No Thanks