Love and Laughter: How Humor Can Ease Relationship Tension 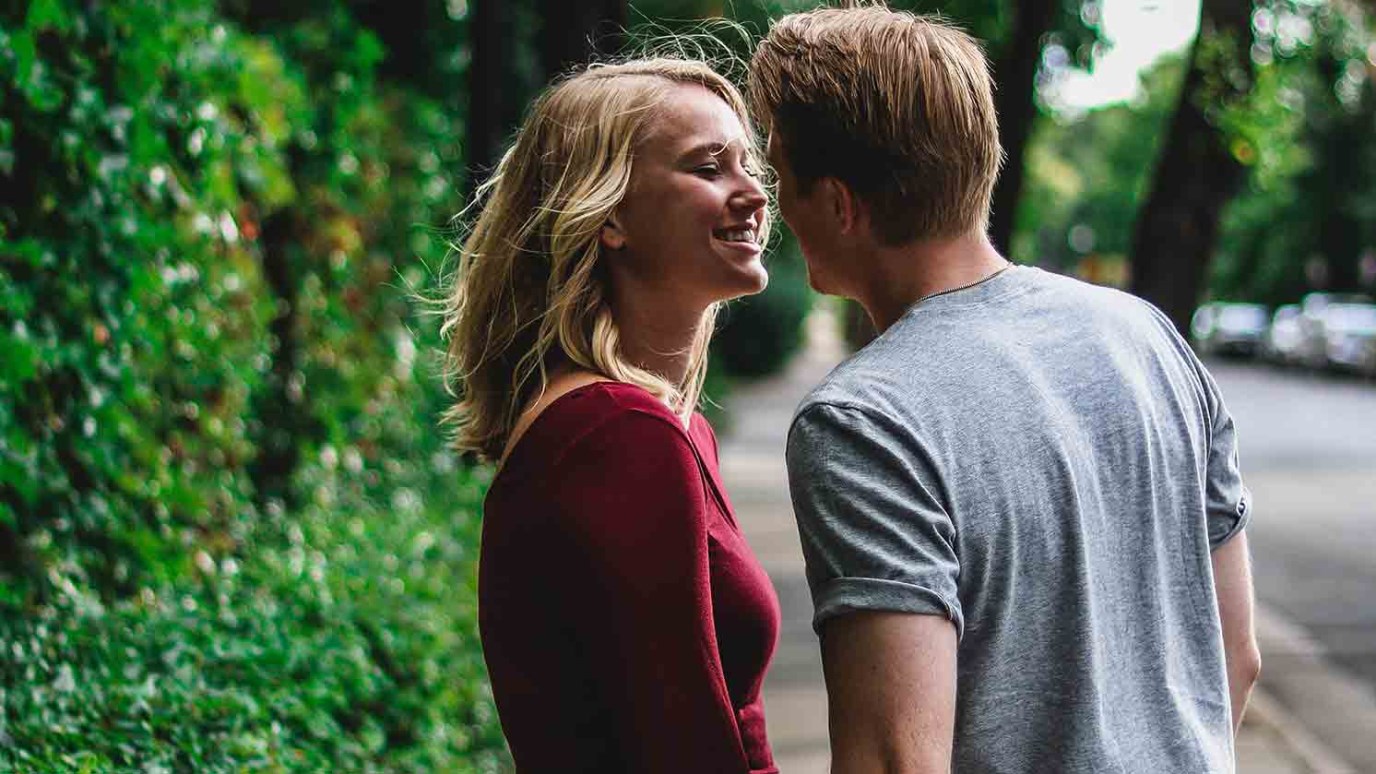 Private jokes create a world only inhabited by the two of you. They’re reminders of funny experiences you’ve had together, which is essential not only for staying connected day-to-day but also for reconnecting after an argument.

Jabbing the key into the ignition, he looks up as she finally open the door to get in the car. He says with irritation, “Hurry up, we’re going to be late!”

She’s fuming, too. “I had to drop everything and look for the missing soccer shirt, remember?”

Silence. Simmering tempers. But then . . . silliness. He sings, “I’m late, I’m late, for a very important date!” — the repetition of an oft-repeated joke in their house.

They look at each other and she laughs, giving that “Are we OK?” head tilt. The corners of his mouth sneak up into a sly smile. The kids are laughing in the backseat — they’ve heard that silly phrase a thousand times before too. Suddenly, everything is okay.

How many times have moments of irritation or feelings of frustration sent your relationship into a tailspin? When people are tired or stressed (or late!) it doesn’t take much for things to escalate into a full-blown argument, right?

But believe it or not, it also doesn’t take much to suddenly make up—and grow even closer.

Our research with 1,000 couples for The Surprising Secrets of Highly Happy Marriages identified a few ways to use humor (and one way NOT to!) to ease tension and create a great relationship with your mate.

Private jokes create a world that is only inhabited by the two of you. They’re reminders of funny experiences you’ve had together and the history you share. Which is essential not only for staying connected day-to-day but also for reconnecting after an argument.

In fact, our research found that 70 percent of the most happily married couples have ways of signaling “We’re okay” after conflict — a way of telling their mate that they’re sorry they got mad and they want to make up. For some couples it was a certain touch, for others it was a particular look or gesture. But very often it was a reference to a shared inside joke.

My favorite was the anonymous, manly-looking man who told me, with an embarrassed grin, that in his marriage, his signal was to come up to his wife and cock his head and meow. (He never shared the backstory behind that one!)

There are as many ways to reconnect as there are couples in this world. But for all of us, humor is one lighthearted way to send a signal that everything’s OK.

Always make sure the humor is kind.

There is a fine line between joking and teasing. And there’s a difference between teasing that’s all in good fun and teasing that hits a soft spot. As married couples, we’re more vulnerable to our spouses than anyone else in the world—and they are more vulnerable to ours.  You know your mate’s weaknesses, quirks, vanities, and insecurities. Maybe he’s sensitive about his thinning hair or whether he’s any good at changing a diaper. Maybe she’s heard enough short jokes to last a lifetime, or dislikes how loud her voice is.

Always be sensitive to your spouse’s vulnerabilities. Never, ever let your humor cross the line. And they get to decide where that line is! If you do cross it — which you might not realize until it’s too late — apologize immediately and sincerely. Then make a note to never do that again.

As much as possible, avoid sarcasm; our research found that it can easily be interpreted as hurtful without you ever realizing it. And this should go without saying, but I’ll say it anyway: humor at the expense of the other person is always a bad thing. If you make fun of anyone, make fun of yourself. Self-deprecating humor can break down walls of anger and conflict.

Bottom line: always keep kindness at the heart of your humor. (To learn how to catch your particular patterns of unkindness that you aren’t aware of, check out The Kindness Challenge.)

If your mate is trying to raise a real issue, set the humor aside for a moment and listen. Sometimes joking around is a way of delaying difficult conversations. It can be easy to hide behind jokes to avoid dealing with the nitty-gritty of a serious relationship issue. But that devalues your spouse and the very real issues that affect your marriage. It says, “I don’t care about this issue you’re trying to raise.” Which, to your hurting mate, can wrongly imply, “I don’t care about you.”

For example, let’s suppose he hates being late to church, and she doesn’t seem any urgency to get there on time.  So one day he tries to raise how humiliating it feels to always walk in late to church, and she starts joking about it. (“You’re telling me! Remember that time we were hurrying in during the offering and Brendan accidentally tripped the guy collecting the baskets and spilled cash all over the floor?!”) She may be trying to avoid the difficult conversation (or the difficult truth), but in doing so she is using humor to say “I don’t care about what matters to you.”

If you’ve ever heard the words, “I’m not kidding!” that’s a sign that you’ve pushed your spouse too far. That is when you pause, say “I’m sorry, I was wrong to joke about that. I know this matters to you.” Then take a deep breath, and tell your mate you’re ready to listen. It’s time to be brave, focus in, get real, and address the matter at hand.

Know how to make your partner smile — and do it!

Finally, learn what is guaranteed to elicit a smile from your partner. What is the celebrity impression you do or that goofy dance move that hits the funny bone without being over-the-top or seeming out of touch with the need of the moment? When tensions run high, a random act of silliness can lighten the mood and put things into perspective. A moment of humor can convey: “I love you, let’s get beyond this. In the grand scheme of things, does it really matter?” And when spouses know each other well, they can interpret all of that — even when they’re in public!

That’s the power of intimacy.

There’s nothing sweeter than shared laughter between friends — even more so between spouses. Use your history and shared memories to create kindhearted humor and let laughter provide the sweetness that can ease otherwise difficult moments in your relationship.

How Would You Like to Ensure the Success of Your Relationship?
Dr. Michael Smalley
Follow Us
Grow Daily with Unlimited Content
Uninterrupted Ad-Free Experience
Watch a Christian or Family Movie Every Month for Free
Early and Exclusive Access to Christian Resources
Feel the Heart of Worship with Weekly Worship Radio
Become a Member
No Thanks