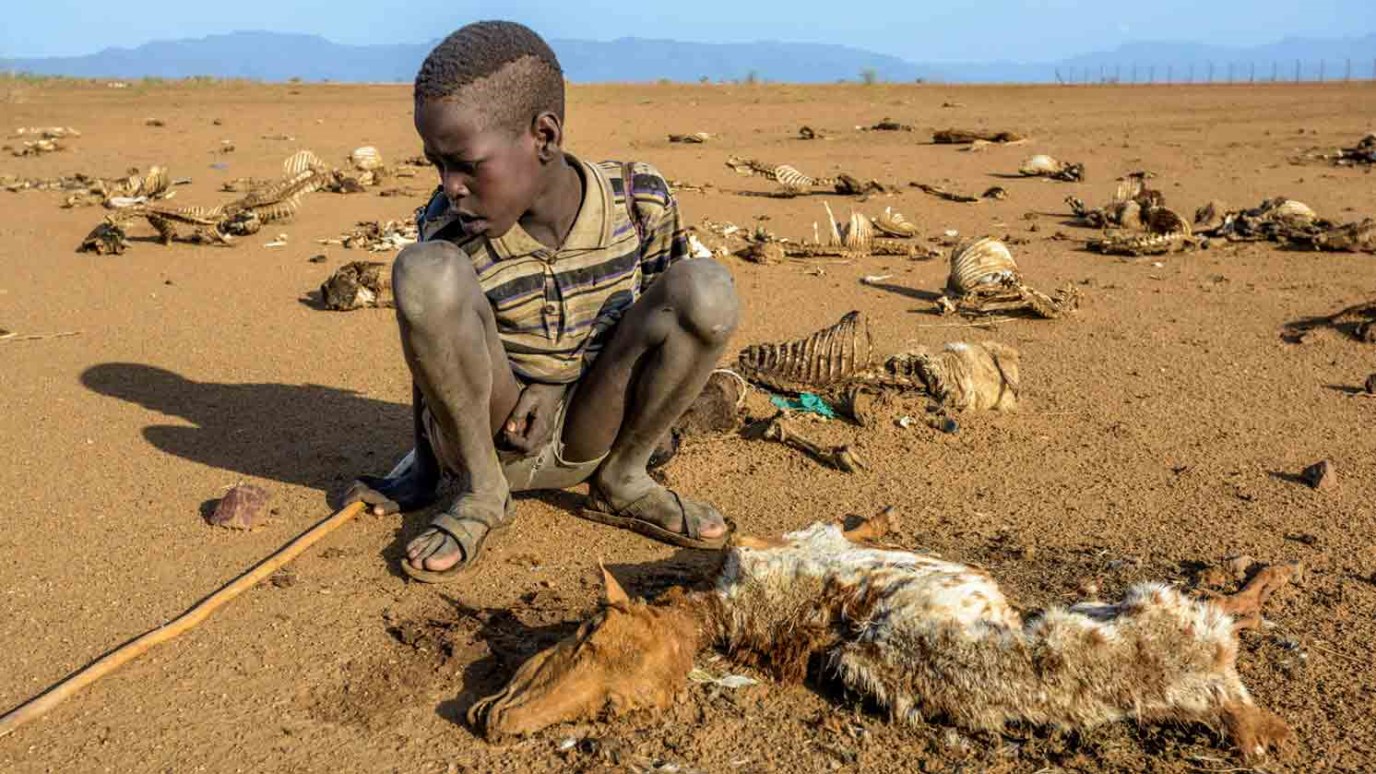 Ejiem lives in Nanaam, northeast of Lokichoggio. Nanaam means water but this area has none. The East Africa drought has caused the death of many animals like Merireng.

“Almost 100 animals died because of the drought,” says Ejiem. Ejiem’s animals began dying in January 2017. “There are so many dead.” Ejiem has never seen this before. Goat, cow, donkey, and sheep parts litter the landscape. “I feel sad,” he says. He does not go to school. He looks after the animals, which he loves. “What I like the best is meat and milk. There are no more animals.”

Merireng’s name comes from his color, brown and white. “He was beautiful,” says Ejiem. “When I found Merireng dead, I started crying. It was in the evening. I didn’t take care of the others. When this one died, I lost it. Of all of the animals, this was the one I loved the most.”

The community has been in prayer. “We have been praying to God. Our hearts are crying. When the goats die, we go hungry.” The family will stay hungry all week, eating when there is food at the church.

“When we have goats, we eat. When they die, we have nothing,” says Ejiem. “Today I don’t know what I’m going to eat. I ate nothing yesterday.” When Ejiem doesn’t have anything to eat, he asks friends or he walks to Lokichoggio, many kilometers away. There has been very little rain in Turkana, with drought cycles becoming more and more frequent.

World Vision Area Program Manager in Turkana, Joseph Adome, says that it rained just 100 milliliters in 2016 in the county. Normal rainfall is 500 milliliters. Immediate action is needed to respond to 276,200 people who face starvation in Turkana. Across East Africa, 25 million people are in crisis due to climate change and conflict. An alarming number of children—3.5 million—are malnourished.