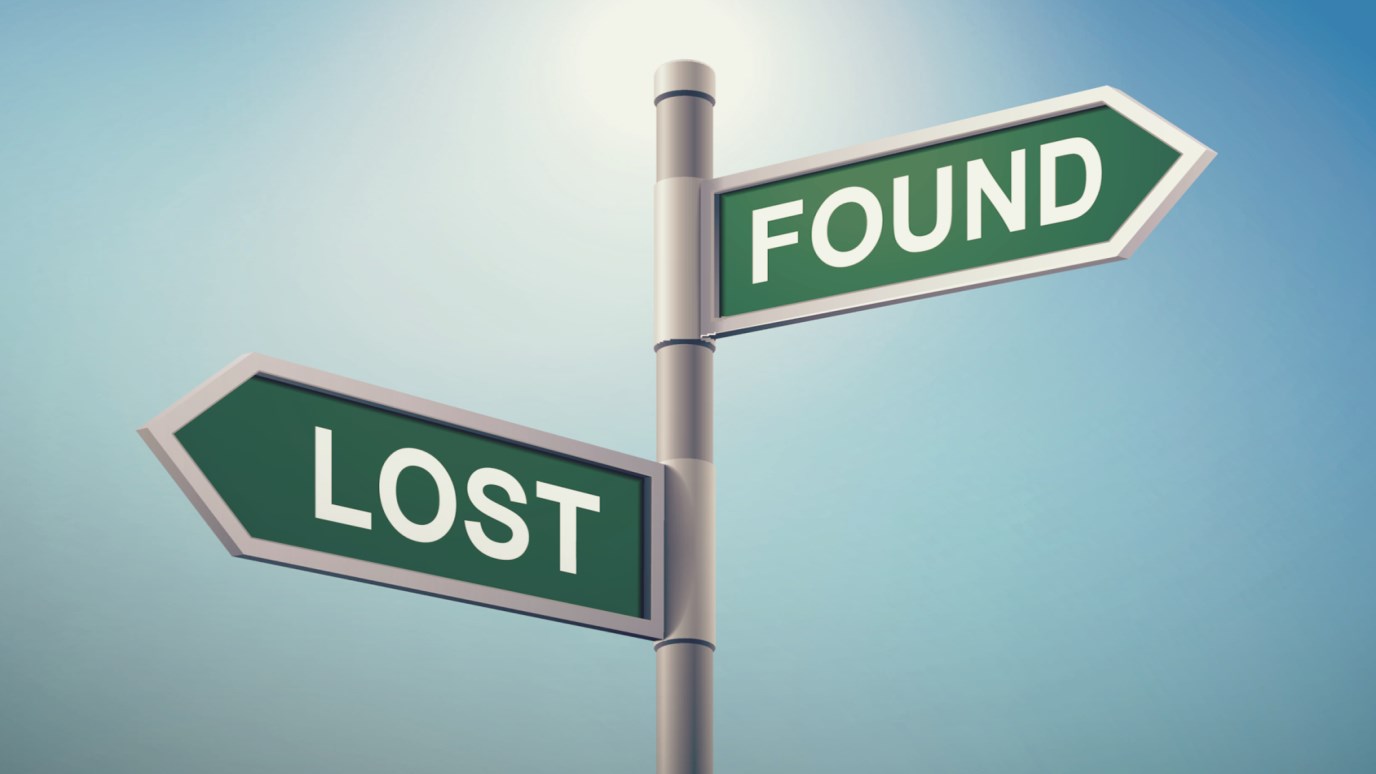 ‘Feeling’ lost is not the same thing as ‘being’ lost. The ancient Hebrew psalmist suggests that while one might ‘feel’ lost, one is never lost to God.

Growing up, I had a pathological fear of getting lost. It didn’t matter if it was in a nearby cornfield that bordered our burgeoning suburbia, or on the busy highways connecting the vast metropolis in which I lived. For me, getting lost was a fate worse than death. While I wish I could pinpoint the origin of this fear, I cannot. Sure, I had the normal mishaps in which I was separated from my family—and I certainly remember numerous times in which I got lost driving. In the days before GPS, I relied not only on hand-written directions, but also on my ability to interpret them when encountering the street-level reality. The twists and turns in the roads often seemed to contradict the directions I had been given! Even today, living in a world in which we have GPS and Google Maps, I can still be turned in the wrong direction. New construction and detours move cars around the city streets in ever changing patterns that conspire to make even the most sophisticated GPS system sputter and fail.

When I feel I am lost, there is a deep terror that seizes me. Gripped by a feeling of panic, I am prevented from anything like clear thinking. I feel constricted within, my mind swimming with all of the worst possibilities that will befall me because I am lost. I can only focus in on my terror and I lose all sense of perspective with regards to finding my way. Perhaps the deepest anxiety that accompanies those instances of feeling lost is that I am all alone. I am not only separated from my bearings, but also from anyone who knows me, loves me, or cares about me. In these moments of panic, I feel I will wander alone and wonder how or if I will ever be found.

In the life of people of faith, there is also the fear of being lost. What if believing the wrong thing leads one off course? What if wrong choices lead down a path from which one might never return? What if doubt separates one from all guidance and direction? Many times, we associate being lost with a deliberate turning away from faith by those who are rebellious, or who, like prodigal sons and daughters, desire escape to a far country away from the controlling gaze of those perceived to hinder freedom of movement in any way.

But what about those cases in which the directional equipment fails through no fault of those who seek their guidance? What about those unanticipated twists and turns in the road? What about the unexpected storm that arises and blows the ship far off course? There are certainly those times when disorientation, rather than rebellion obscures the path home.

Perhaps in these cases, ‘feeling’ lost is not the same thing as ‘being’ lost.  The ancient Hebrew psalmist suggests that even while one might ‘feel’ lost, one is never lost to God. Where can I go from your presence? Where can I hide from your love? In the midst of his own disorienting experiences, the psalmist found comfort in the fact that even while feeling lost and submerged in the remotest parts of the sea, even there your right hand will lay hold of me. When encompassed by utter darkness, the psalmist believes that the night is as bright as the day. The psalmist felt lost—disoriented by the forces that would obstruct the clear way. Yet, in the midst of these feelings, the psalmist affirms the abiding presence of God even in the most desolate places.

This image of the ever-abiding presence of God is extended in the ministry and teaching of Jesus. Jesus expands this image of the God who is especially near, not only to those who ‘feel’ lost, but for those deemed ‘lost’ by others. When the religious leaders of his day grumbled over the tax-gatherers and sinners coming near to listen to him teach, Jesus offered three images of a God who relentlessly seeks the lost in Luke’s gospel narrative.(1) The shepherd leaves the ninety-nine sheep in order to go after the one which is lost; the woman who has ten silver coins turns her house upside down in order to find the one coin she has lost; and the father of the prodigal son is watching and waiting such that he sees his once wayward son while he is still a long way off. In fact, Jesus summarizes his ministry as one that seeks and saves that which was lost. (2)

This gives me great hope, both for the times when I feel lost, and as I wander alongside many others who have indeed lost their way home. Though some of the directions I’ve tried to follow are indiscernible, and even though I have been turned around and disoriented, I have always found the way home. But, more importantly, even when I feel I have lost my way, I am not lost to the God who pursues me. Like the servant Hagar affirmed when she was lost in the wilderness, you are the God who sees.