Looking for the Light 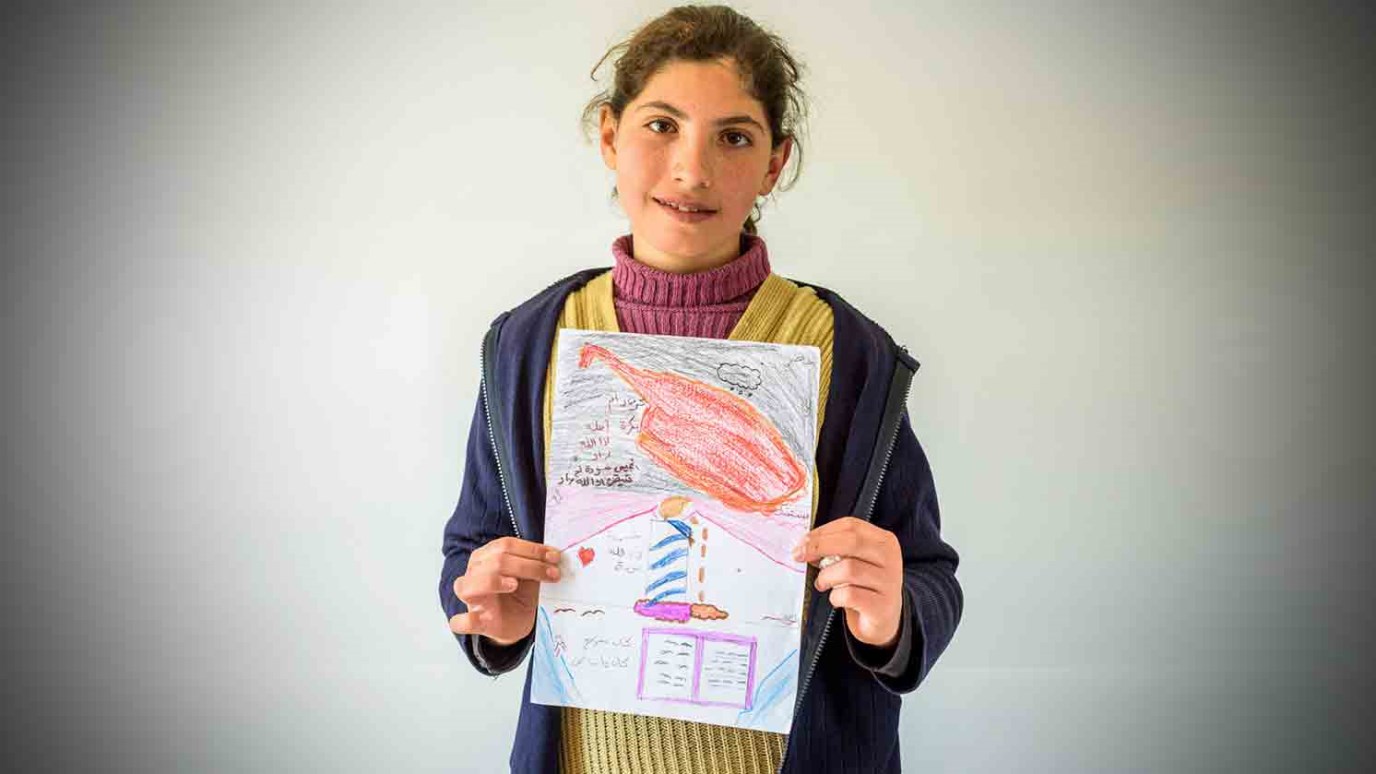 Marah, 12, a Syrian refugee, shows the picture she drew to depict her childhood past, present, and future. March 15 marks the day in 2011 when the Syrian civil war began.

Marah drew water and a book open to a story –her story -- at the bottom of her picture. “’Once upon a time…’ that’s my past story in Syria” she says. Her home country is represented by a dripping candle and a heart.

The present she represents by a “sea of blood and a dark cloud” in the middle panel. In the future she hopes the dark will fade.

“I hope the future will light up the world,” says Marah.