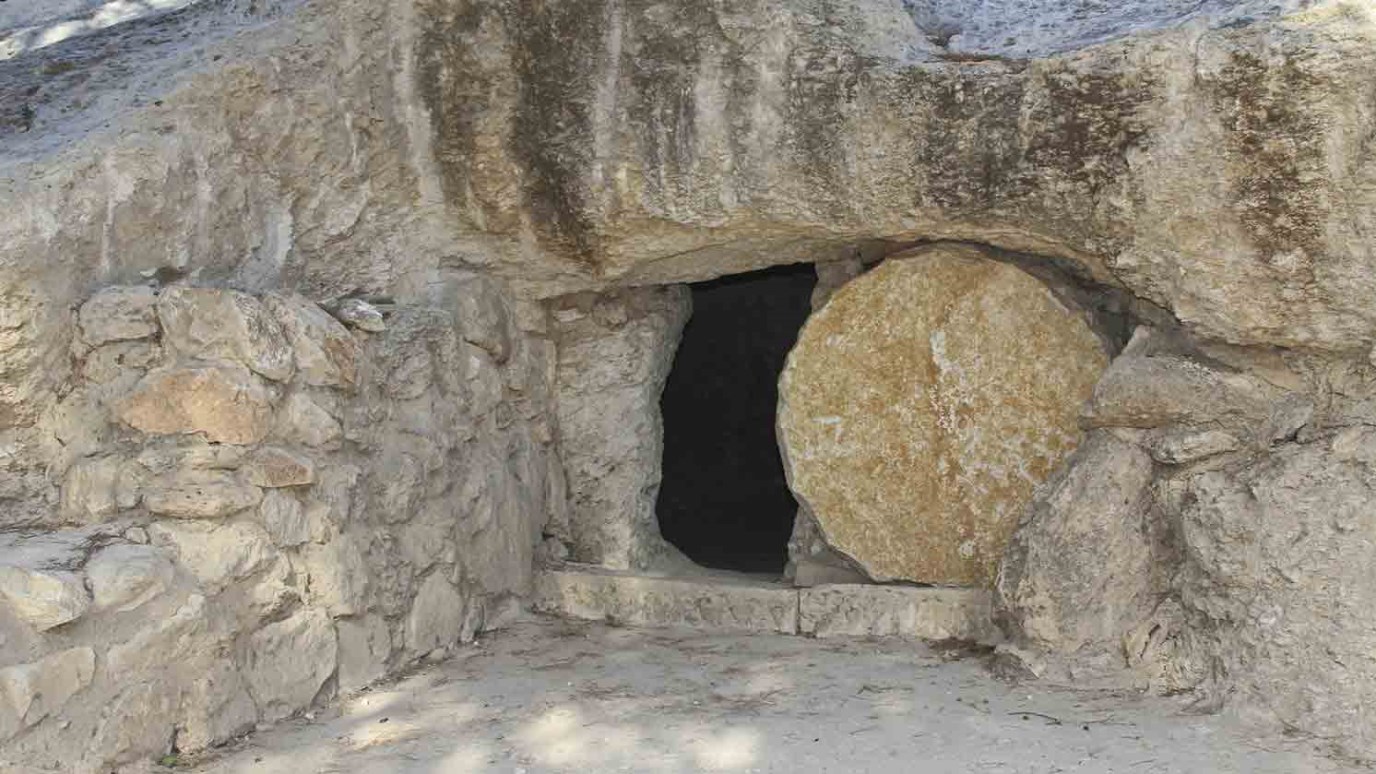 When Jesus rose from the dead, His resurrection proved that His sacrifice was acceptable to God the Father!

Charles Colson tells the story about how in 1990, as the Soviet Union was crumbling, their annual May Day parade of military might in Moscow was joined by protestors, including some priests from the Russian Orthodox Church with an eight-foot crucifix.

He writes, "Behind the tanks surged a giant crowd of protesters, shouting up at Mikhail Gorbachev ... The cross emerged from the crowd. As it did, the figure of Jesus Christ obscured the giant poster faces of Karl Marx, Friedrich Engels, and Vladimir Lenin that provided the backdrop for Gorbachev's reviewing stand. 'Mikhail Sergeyevich!' one of the priests shouted, his deep voice cleaving the clamor of the protesters and piercing straight toward the angry Soviet leader. 'Mikhail Sergeyevich! Christ is risen!'"

That message is the central hope of Christianity. Romans 4:25 says that Jesus "was delivered up because of our offenses, and was raised because of our justification." I like how the New Living Translation brings it to life: "He was handed over to die because of our sins, and he was raised to life to make us right with God."

When you are forgiven, you're right with God. There are three elements to forgiveness. First is the conviction of our faith. We have to believe in Him. Second is redemption from our sins. Jesus was delivered for our offenses; in other words, He died for our sins.

The third ingredient is His resurrection. Not only His death, but also His resurrection was needed to make us right with God. The resurrection and forgiveness go hand in hand. If He didn't rise from the dead, then you're not forgiven! 1 Corinthians 15:17 says, "If Christ is not risen, your faith is futile; you are still in your sins!"

If Jesus had just died, that would have proved nothing. Everybody dies. But this man Jesus said He was here to die for the sins of the world. Anybody can say that. What proof do we have that it's true? Put it another way: Is the death of Jesus Christ fully acceptable to God as the payment for sin for the entire world? Did God accept His death as atonement? The answer? Yes!

When Jesus rose, God was announcing, "This is the righteousness I will accept. And whoever believes in Him who died and has risen, I will accept that person as well." That's why the Bible tells us in Romans 10:9, "If you confess with your mouth the Lord Jesus and believe in your heart that God has raised Him from the dead, you will be saved." The risen Christ is the living proof that we can be forgiven by God.

Jesus is the King of Kings
Dr. R.C. Sproul

Message in a Minute: Baptized with Fire
Joe Cameneti
Follow Us
Grow Daily with Unlimited Content
Uninterrupted Ad-Free Experience
Watch a Christian or Family Movie Every Month for Free
Early and Exclusive Access to Christian Resources
Feel the Heart of Worship with Weekly Worship Radio
Become a Member
No Thanks