Living in an Unevenly Yoked Marriage 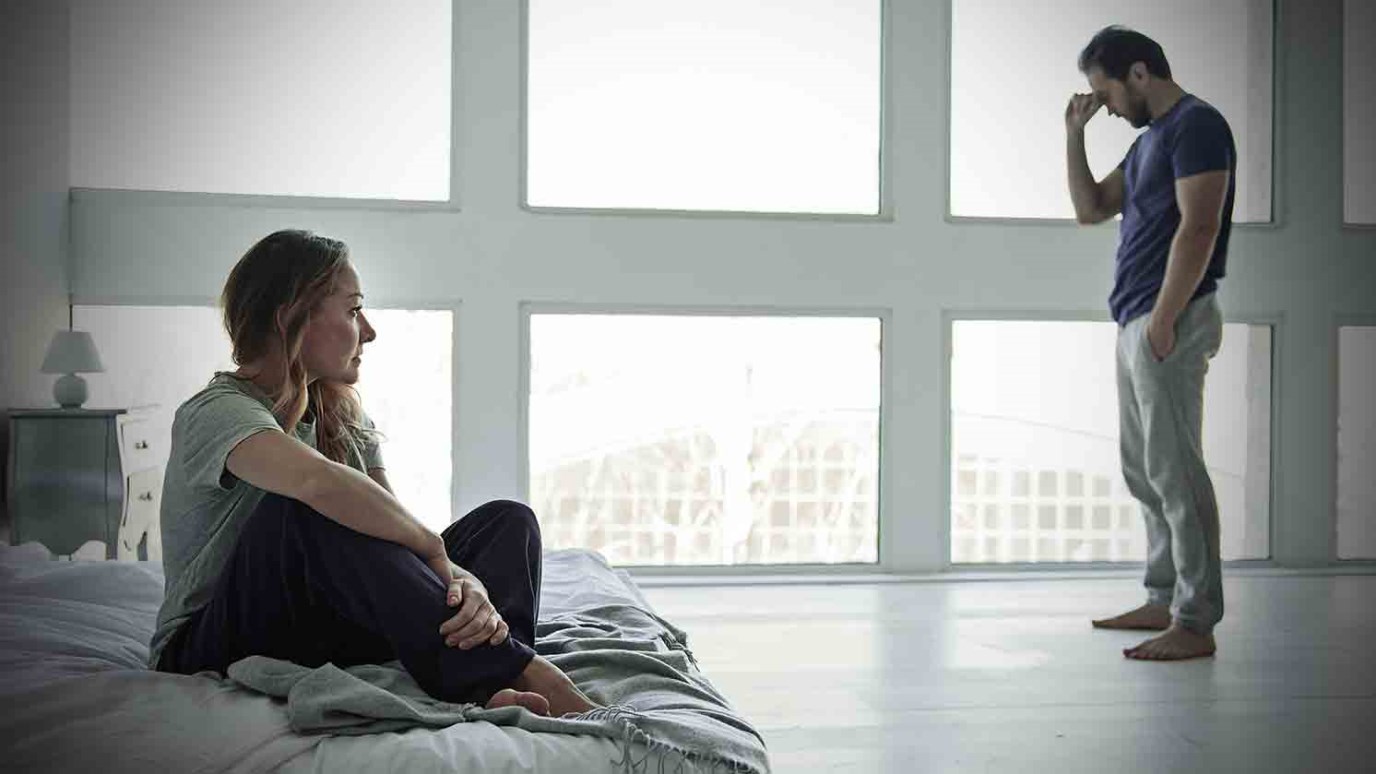 What happens when you find yourself in an unevenly yoked relationship after you've said the big “I do?" What’s a wife to do in such a situation?

You've come to Christ and found yourself completely enraptured by Him. You've grown to have a very personal relationship with Him. You read the word, you pray, you’re chasing Him with your whole heart and trying to become the woman He’s created you to be. You might even be highly involved in ministry. You and God have got a pretty good thing going.

But you've noticed...things aren't really moving in the same direction for your husband. You wonder if he even cares about this Jesus thing at all. It’s like you’re in two completely different worlds. In fact, sometimes you wonder if he’s ever going to change and become that "mighty man of God."

You’re always hearing about Christ being the center of a marriage and the man being the spiritual leader of the household, but it just feels like you’re the one carrying it all. Some days are frustrating. Some days are disappointing. Some days you see progress and then the next you’re back to square one.

So, Brittney, what happens when you find yourself in an unevenly yoked relationship after you've said the big “I do?" What’s a wife to do in such a situation?

Be the example. Now this can definitely be easier said than done. But with enough practice (as anything that requires habitual growth takes practice, including marriage), we can learn to become the woman God has intended us to be in our house and in our husband's life. Sometimes we forget that God also has a purpose for you in your marriage. You play one of thee greatest roles in your husband’s life. Its can be easier for us to be kind and Christ-like with strangers, friends and those we barely know or see. But what about the one who knows us the most, who gets under our skin the most and shares life with us on a daily basis.

Marriage is our first ministry. Before anyone else (besides God Himself, of course) he is our first priority. Remember, you two became one. And it’s possible that your husband might not fully understand what a relationship with God should look like, because he’s never had a solid example—very likely if there was no presence of a good fatherly figure to set the standard—to relate to. Be that example. Love him when he’s unlovable. Forgive the little things, and many times, the big things. Don’t hold a grudge. Let every day be a new day without holding onto yesterday's faults.

Stick by him faithfully when times get tough. Encourage him by uplifting his potential. Show him the love of God you've encountered so that it will draw him into a deeper understanding of who God is, which prayerfully will bring him into a closer relationship with God. Now He has something to relate to.

In the same way, you wives must accept the authority of your husband's. Then, even if some refuse to obey the Good News, your godly lives will speak to them without any words. They will be won over by observing your pure and reverent lives (1 Peter 3:1-2).

Stop trying to change him. I think the most successful advances my marriage has made was when I decided to work on myself individually (the way I talked to God, making Him priority, centering myself, etc.) rather than constantly pointing a finger at where he fell short. Because when he saw my progress and effort to be the woman he needed me to be, it challenged and encouraged him to try to become the man I needed him to be. Have we reached perfection? Not nearly. But I will say a nagging, self righteous wife will not only turn him off from you but also from God. Remember, you may be his best and closest example of what this Jesus thing is all about. Don't let your critical behavior turn him away from God even further.

One time I was praying for my husband to change and I felt God say, “Stop chastising him. You’re getting in the way of My work.” Instantly, I found myself dumbfounded. I was getting in the way? I thought I was just helping shape Him into a “Man of God!” Humph! Then my spirit revealed that I was wanting him to change on my time. In my way. And it was all focused on externals; pray more, read the bible more, stop this, stop that. But more importantly, God is taking him through his own journey in His timing. He is a work in progress just like you! It's my job to work on me and remain faithful to my calling as a wife and God’s job to do the changing.

Pray for Him. No matter where he is in his walk, your husband has been called to be the head of your household. And I will say this over and over again until I'm blue in the face: the enemy is out for our men. He’s been out for them since the days of Moses when Pharaoh threw all the baby boys into the sea. And he has a plan of action to take out your husband and disable the whole house. Mind you, he got married and all of the sudden became responsible for a family, called to lead in ways he may never had before, his job might be pressuring him, he may have thoughts of inadequacy and is being pulled in all kinds of directions.

It's your job to pray for that man. Fight for him. Cover him when he is weak and call out the potential in him. I can’t even tell you how many times prayer for my husband changed my attitude and heart toward him! It's even drawn me to him. Prayer activated by faith moves God's hand on this Earth and in the heart's of man. But we must also believe what we’re praying for. Believe in who we’re praying for and believe in the power of the One we’re praying to.

Pray together. Try asking, “Hey, can we pray together? Some things are really heavy on my heart and I’d feel so much better if you prayed with me.” He may feel pressured to say all the right words with you as his prayers might mostly have been in his head. So encourage him, “That was beautiful. Thank you!”

I've had women reach out to me about this more than once, and from personal experience, I can honestly say some days I've done well with these, other days I’m also a flawed human being— which is exactly why we all need patience and grace, including your hubby.

Who Sits on the Throne of Your Heart?
Wendy Blight

Liked: Lifelong Love
Jud Wilhite
Follow Us
Grow Daily with Unlimited Content
Uninterrupted Ad-Free Experience
Watch a Christian or Family Movie Every Month for Free
Early and Exclusive Access to Christian Resources
Feel the Heart of Worship with Weekly Worship Radio
Become a Member
No Thanks