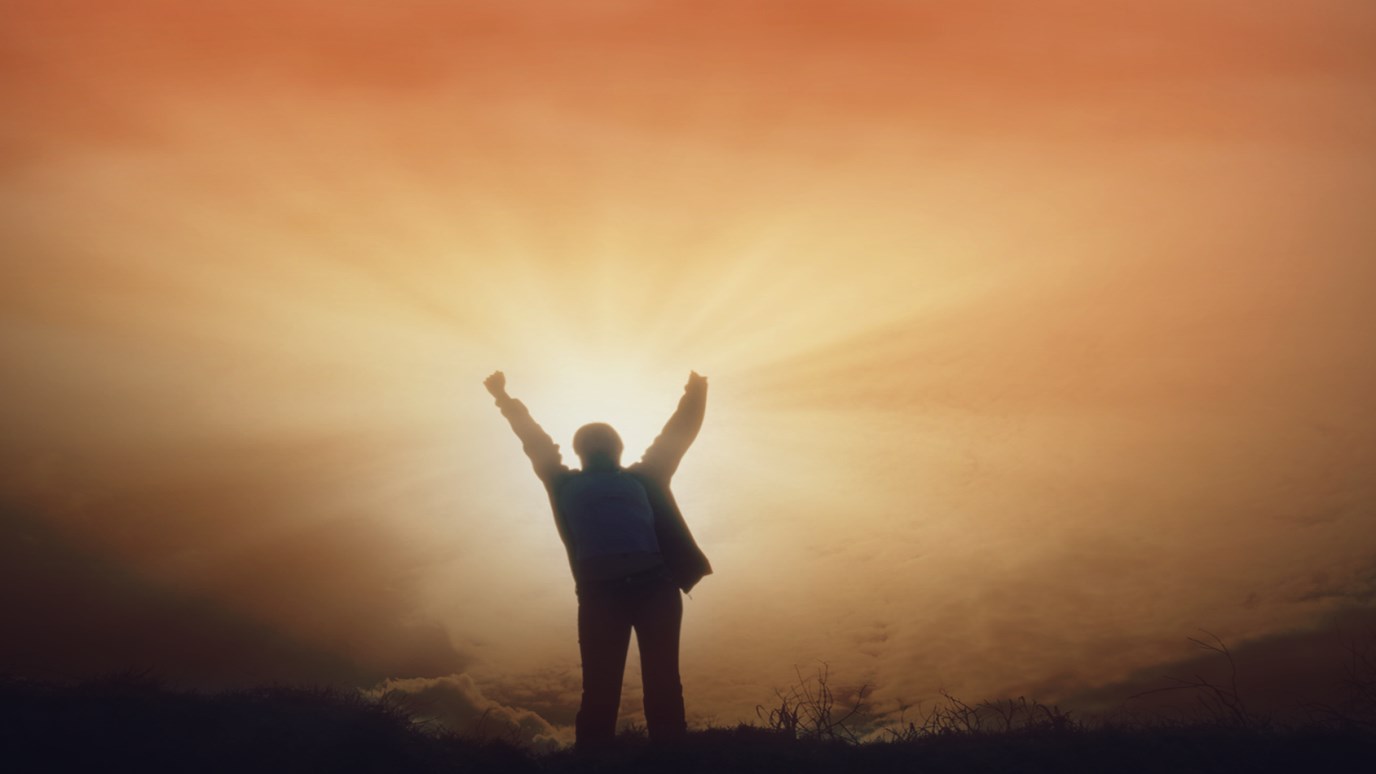 We must live by faith and trust that the Lord will provide as He says He will.

"Therefore I say to you, whatever things you ask when you pray, believe that you receive them, and you will have them." (Mark 11:24)

At a revival in Florida, God just really poured out a blessing at that meeting. It was late on a Saturday night, and I was returning through the South Florida swamps on a road back in "the boondocks."

I was driving an old Volkswagen that had an auxiliary tank you would use just in case you ran out of gasoline in the first tank. It didn't even have a gas gauge. That night, I had forgotten that I was already on the second tank.

It was about 10:30, and I was so happy. Oh, my soul was afire with revival spirit! I was just glowing, so happy, praising the Lord!

And then... I ran out of gas on that deserted road... why no one would ever come by! I was sitting by an old swamp and the bullfrogs were in the pond just singing to themselves.

I thought to myself, "How anti-climactic can you get? Here I am, right out of a revival meeting, and now I'm sitting by a swamp in a car out of gas listening to bullfrogs sing." And on top of that it started to rain!

I thought about it and prayed about it a little bit, and I said, "All right, Lord. I'm going to pray like I feel urged and led in my heart to pray that the first automobile that comes along will pick me up." And I said, "Furthermore, Lord, if the second car or the third car or the fourth car picks me up, it will not be an answer to prayer because I feel led to pray that the first car that stops will pick me up." I felt the faith in my heart, and I felt good about it.

So I saw the first car coming and I rolled down the window and leaned my head out and smiled a little to help the Lord. And, as he approached, he slowed down and just as he got parallel to my automobile, he put the pedal to the metal. He just took off with the rain kicking up from his wheels!

And I watched as two taillights disappeared into the darkness and the exhaust fumes dissipated in my nose. I was frustrated because I had believed God. I just knew that car would stop and pick me up. I said something I know sounds sacrilegious. I said, "Never mind, Lord, I'll get the next one myself."

When the next car came, I stuck out my thumb. Zoom! He went past. And the next one, and the next one! They weren't stopping for a guy like me on a night like that. I said, "Well, I'll have to walk!" And I got out of the car, in the rain, started to walk.

At that time, I only owned one fresh pressed suit. I planned to wear it the next day to preach and now I was walking in the rain in it! So, I was walking in the rain and an automobile came from the direction in which I was walking. The car came to a complete stop and shined its headlights on me. The driver leaned out and yelled, "You need a ride, don't you?" I said, "Yes, sir, I do." He replied, "Well, I came to get you." I said, "You what?" He said, "I came to get you."

I looked real carefully at that car. You know which one it was, don't you? The first car! I had to say, "I want to ask you a question. What made you come back and get me?"

Do you know what he said? He said, "It beats me. I stopped by here before." I told him that I knew he drove by earlier. He said, "I was afraid to pick you up." After a pause, he continued, "But you know, I got down to the crossroads and I stopped, and something told me I should come back and get you."

Of course, it wasn't something. It was Someone. I almost shouted, but the only thing that kept me from shouting was the thought, "Adrian, what a fool you are to get out and get your head and your only suit wet." You know, I felt like kicking myself! If only I had believed.

Meeting Jesus
Beyond the Ultimate

Anna LeBaron: Abuse, Suffering, and Scars
Life Today
Follow Us
Grow Daily with Unlimited Content
Uninterrupted Ad-Free Experience
Watch a Christian or Family Movie Every Month for Free
Early and Exclusive Access to Christian Resources
Feel the Heart of Worship with Weekly Worship Radio
Become a Member
No Thanks