Living Between Hope and Home 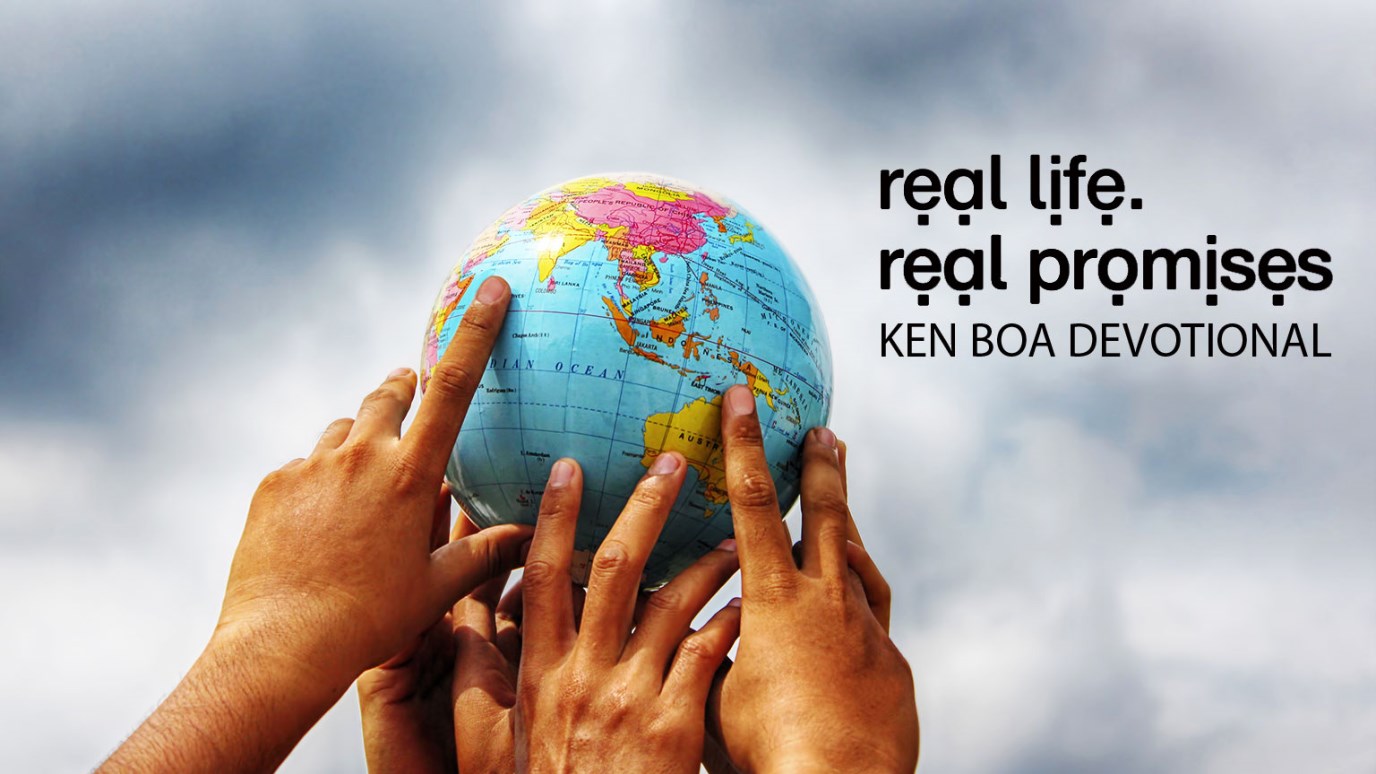 If straddling the boundary between heaven and earth gets difficult at times, don’t despair. The glory of Christ’s appearing will soon erase every trace of that line.

There are an infinite number of places in America where you can straddle a state line and be in two states at once. And you can be in three simultaneously in a surprisingly large number of places. But only where Utah, Colorado, New Mexico, and Arizona meet—the southwest’s famous “Four Corners”—can you (theoretically) bend over with a hand and a foot in each of four states at the same time.

This little bit of geographical trivia is almost as insignificant as the biblical truth which it pictures is significant—“almost” being a critical term. For there is little on earth that can adequately picture the Christian’s task of walking in two worlds at the same time. Yet that is the temporary reality we experience.

When human beings are born in this world, they grow up as citizens of this world alone. Our human nature, defiled as it is by sin, is attuned only to the sights, sounds, and impulses of this world. We were spiritually dead, Paul says, when we followed the ways of this world (Eph. 2:1). But when we came to know Christ, we were raised with him into a new world, the heavenly realms. Our status on earth changed from being citizens of earth to being “aliens and strangers” (Heb. 11:13)—our citizenship was transferred to heaven (Phil. 3:20). Therefore, Paul says, we are to set our hearts and minds on things above, not on earthly things. Our life as Christians is not unlike carrying out our business while straddling a state line. We’re here, but we’re really there. But a different day is coming, Paul goes on to say, when we will graduate to living where our citizenship is: Heaven. That will happen when Christ appears in his glory at the end of this age. At that time, there is a sense in which the boundary line between heaven and earth will disappear, and Christ’s glory will fill the earth, and we “also will appear with him in glory.” At that time our hope will become our home.

If straddling the boundary between heaven and earth gets difficult at times, don’t despair. The glory of Christ’s appearing will soon erase every trace of that line.

God’s Promise to You: “You are destined to live in the glory reserved for My Son.”

Our Father Helps Us
Daily Disciples

Spiritual Depression: The Dark Night of the Soul
Dr. R.C. Sproul
Follow Us
Grow Daily with Unlimited Content
Uninterrupted Ad-Free Experience
Watch a Christian or Family Movie Every Month for Free
Early and Exclusive Access to Christian Resources
Feel the Heart of Worship with Weekly Worship Radio
Become a Member
No Thanks