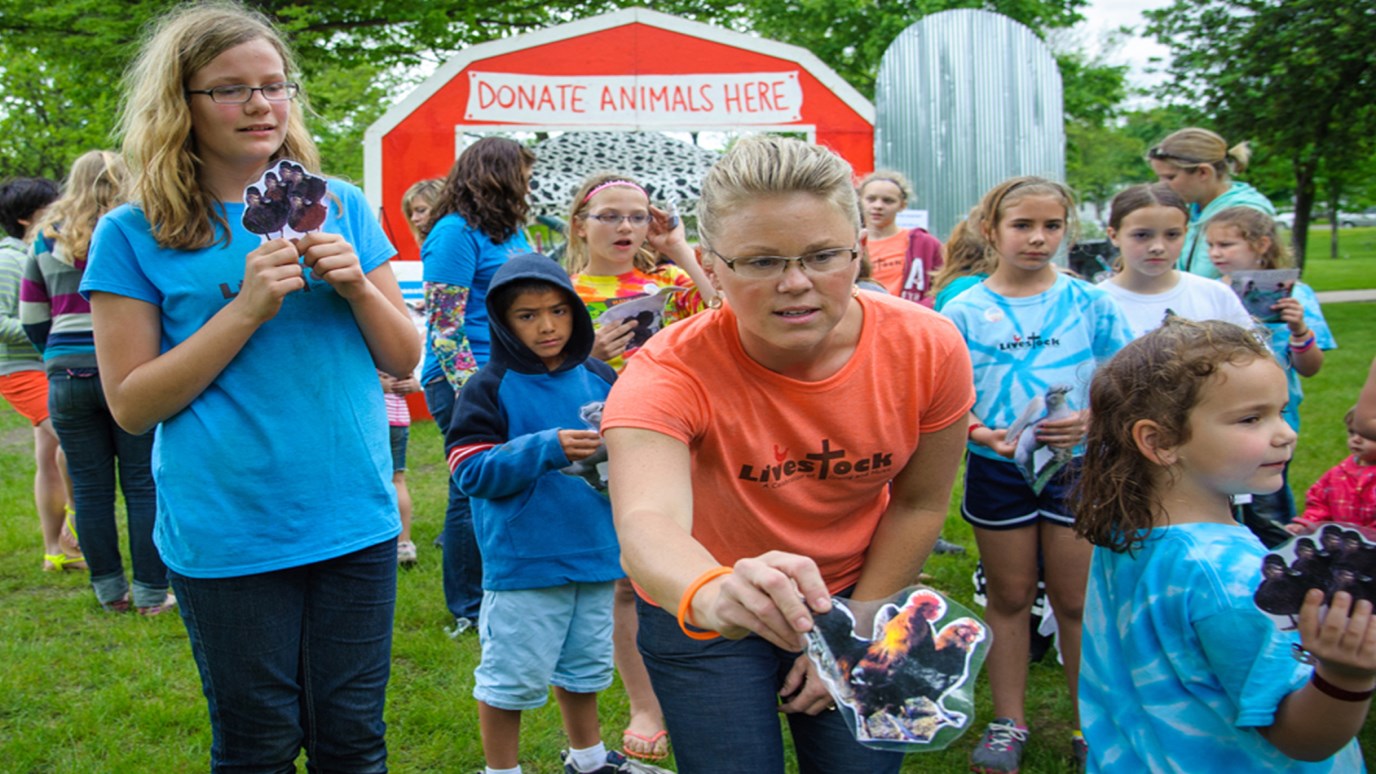 Read how a family’s financial distress inspired an annual festival for charity.

One cold Sunday morning, Jill Hass sat in church and sobbed. Her husband, Alex, was up front playing in the worship band. Her two children were in Sunday school.

From the outside, they looked like a typical, middle-class Minnesotan family. But, says Jill, “We were in a very dark tunnel.”

In the wake of the 2007 financial crisis, Alex had to close their family-owned mortgage company. “We had nothing left,” he says. “Sometimes we had no food.” Their power was shut off. Their dream home was in foreclosure.

Help came unsolicited. People dropped off groceries, paid electrical bills, and even paid their mortgage. “It made us feel like we wanted to give back,” says Jill. “But we had nothing to give.”

That Sunday morning at church, in the midst of her tears, “I felt like the Lord was speaking to me,” Jill says. “We need to give back. We need to have bands play in our backyard and raise money to help people.”

Earlier that winter, Jill was thumbing through the mail hoping not to find another bill. Instead, her eyes stopped on a World Vision Gift Catalog.

Her desperate situation had given her a new compassion for parents in need. “If we feel like this in America, when we have the world at our hands,” she says, “what about parents who have to watch their kids eat nothing and die?”

Two months later, “Livestock”—a playful nod to Woodstock—was launched in their backyard, with two bands, potluck food, and nearly 100 friends and family. The event raised $4,000 to provide animals for families in need through the Gift Catalog. Jill knew they were onto something.

Five years later, Livestock is one of the biggest events in St. Peter, their town of 11,000. The central park is filled with music, food trucks, merchandise tents, bouncy castles, and a petting zoo with alpacas, pigs, rabbits, and goats.

This year, Livestock raised more than $30,000 for the Gift Catalog. Jill also traveled to Sierra Leone to see how her town’s generosity is changing lives.

“What we are doing is working,” says Jill. “We give animals specifically because they are a gift that can continue to give. They are life-sustaining. Livestock animals can offer so many things: wool for clothing, milk to drink, eggs, or like a bull or oxen for working in the fields.”

As for Jill and her family, finances are still tight. But Jill runs her own daycare and Alex has a job in the Twin Cities.

“I’m not anybody special,” Jill says. “All it takes is a passion to make a difference in the world, really. It is simply just saying yes to something way bigger than ourselves.”