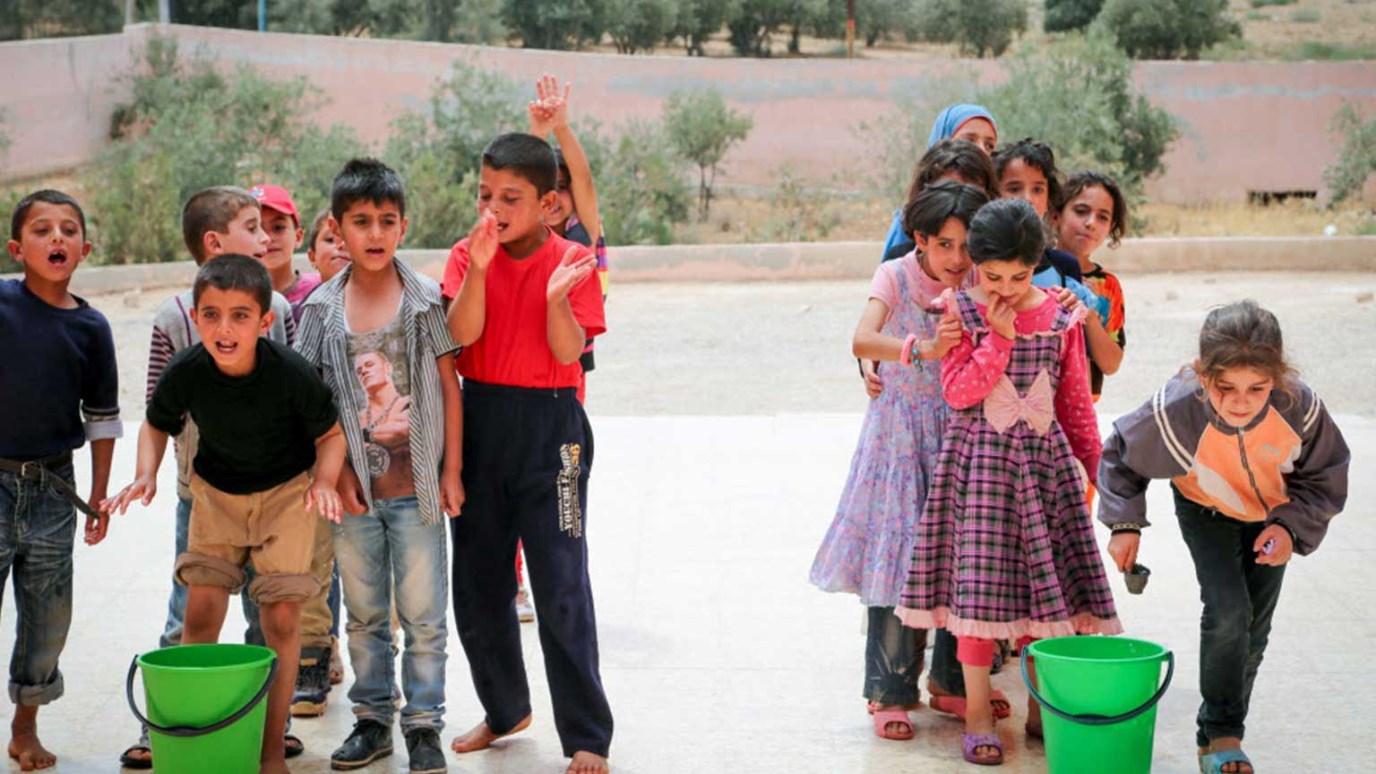 Children affected by the Syrian civil war play at a World Vision Child-Friendly Space in Jordan.

As the conflict in Syria enters its fifth year, a new poll finds most Americans still have no idea how many people have been affected by the violence. The reality is that more than 3 million Syrian refugees now make up the largest refugee population in the world.

A survey of more than 2,000 U.S. adults conducted online by Harris Poll on behalf of World Vision in February 2015 found that when presented with a list of prominent humanitarian crises over the past twenty years, 4 out of 5 Americans did not believe that the Syria crisis affected the most people. When asked to compare the Haiti earthquake, the Indian Ocean tsunami, the Rwanda genocide, Hurricane Katrina and the Syrian conflict, only 17 percent of adults correctly ranked the Syrian conflict as the disaster that has impacted the most people.

To date, the conflict in Syria has impacted an estimated 12.2 million people — more than Hurricane Katrina, the earthquake in Haiti and the Indian Ocean Tsunami combined. The continued violence has created the worst refugee crisis since World War II.

“Despite the enormous magnitude of the crisis, it’s far too easy to turn a blind eye and ignore the suffering as something that is happening ‘over there,’” says Wynn Flaten, World Vision’s Syria response director. “Children have lost homes, friends, family members and witnessed or experienced violence. It’s time to face the harsh realities of this war.”

Since the start of the conflict, World Vision has helped more than 1.8 million people in Syria, Jordan and Lebanon. Programs include food and cash transfers, safe spaces for children to play, health care, remedial education, and water and sanitation.