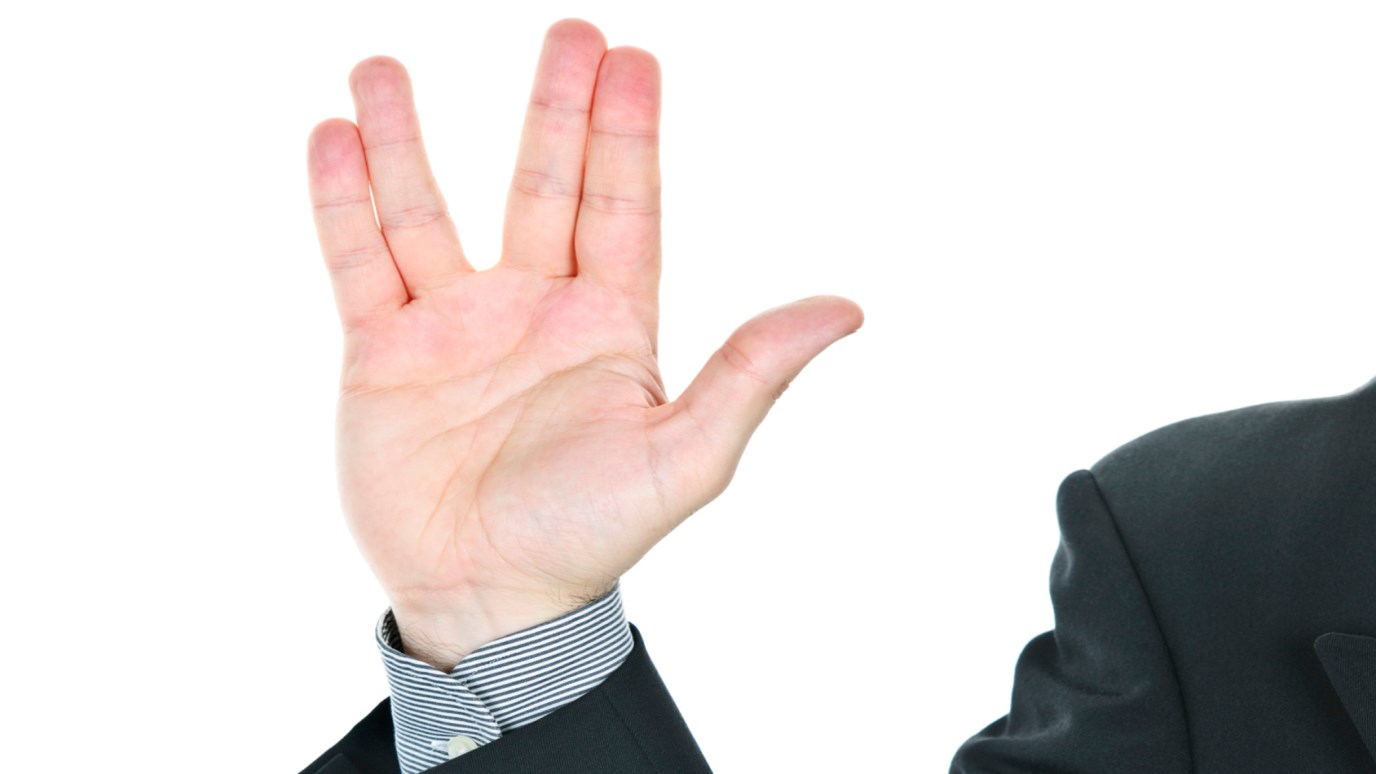 Dean Ridings offers 10 observations from Star Trek to encourage you as you lead your family to “live long and prosper.”

Mr. Spock has a lot of good advice for dads about parenting. No, not Dr. Benjamin Spock – Mr. Spock of the Starship . In fact, while the characters on various Star Trek TV series and movies are far from perfect, they do include some positive reflections on family.

OK, so I’m a Trekkie – “a fan of the science-fiction television program ‘Star Trek,’ ” according to Oxford Dictionaries. To be honest, I’m counting the days until the May 17 opening of the newest Trek film, Into Darkness.

Maybe you’re a fan; maybe not. Still, my guess is that you are just as concerned as I am about not skipping a beat on the home front and making Proverbs 22:6 a reality in your home: “Train up a child in the way he should go; even when he is old he will not depart from it.”

As we seek to do this, think about how the following common Star Trek themes can spur on a father (and husband) to “be there” for his family:

1. Mr. Spock showed us the wisdom of keeping our emotions in check and ensuring they don’t get the better of us.

2. Capt. James T. Kirk taught us never to walk away from a fight, no matter how bad the situation might be. He also felt the enormous responsibility of caring for his crew.

3. The crew of the was willing to sacrifice for one another for the sake of their “family.”

4. At Starfleet Academy, cadets went through a “no-win” training exercise designed to test their character. As dads, we, too, are concerned about building character and faith.

5. Capt. Jean-Luke Picard knew his faults and limitations, and did his best to face them and work through and despite them.

6. William T. Riker, Capt. Picard’s “Number One” right-hand man, was loyal to his friends – even to a fault.

7. In every episode and every movie, children were recognized to be of great value. The Starfleet crews did everything they could to protect them.

8. Capt. Benjamin Sisko was a single dad and a great father – one who allowed family responsibilities to take precedence over Starfleet duties.

9. Capt. Katherine Janeway knew the fine balance of sticking to her principles while making occasional compromises for the good of her crew and mission.

10. All of Star Trek is about adventure and risk-taking for the greater good, even to the point of “boldly going where no one has gone before.” We can see this in Jesus’ parable of the talents, as He commended the risk-takers, but not the one who “buried his talent“ (Matthew 25:14-30).

Again, whether or not you’re a Trekkie, I hope these 10 observations encourage you as you seek before God to lead your family in such a way that you all “live long and prosper.”