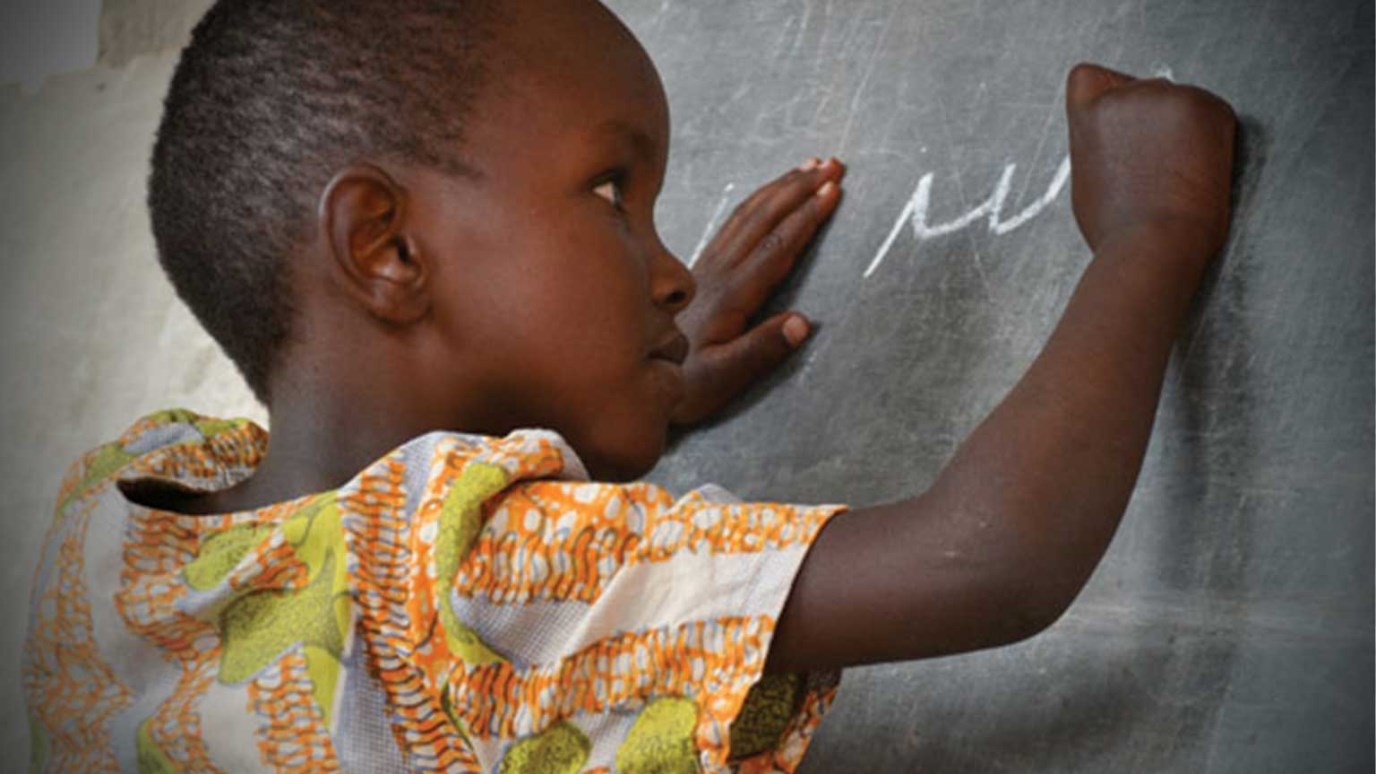 5-year-old Mugisha in Burundi learned to write and read before he began school through a World Vision reading camp.

5-year-old Mugisha in Burundi learned to write and read before he began school through a World Vision reading camp.

In eastern Burundi, an initial reading assessment of 560 school children revealed that only 26 percent of second graders are able to read and differentiate consonants from vowels.

For some children, this is changing. Mugisha, a five-year-old first grader, is one of them. He knew how to write and read before he started primary school, thanks to World Vision.

“Hey, Cynthia, guess! What is this letter written like this? Look!” 5-year-old Mugisha says to his older sister.

Marie, Mugisha’s mother, still remembers how her son learned to write and read: by repeating what he learned in a World Vision reading camp. It was also by giving puzzles to his sister Cynthia, who had already started primary school. Mugisha wrote in the air, using his small and short index finger, and asked his sister to guess which letters he was writing, Mugisha’s mother recounts.

“The first time I saw him, he was writing in the air the letter ‘m’.” His mother continues looking at her son with a look of appreciation.

Mugisha is a small boy living in one of World Vision’s communities in the eastern part of Burundi. He has small bright eyes that light up as he speaks. His story impresses his neighborhood: he knew how to write and read before he started primary school.

When he was four, he decided to follow his sister Cynthia to school, as she had already started attending primary school.

“It was bothersome to stay home alone,” their mother has realized.

His mother went to negotiate with the school authorities to allow her son to stay in the class where his sister studied. Staying in class was reassuring for his mother in terms of the boy’s safety.

Mugisha was not a regular at school; a cool morning would compel him to stay in bed. He would spend weeks without going to school. Maybe at his age he did not like the rigorous rules children have to abide by while in school, his mother thinks.

They found a more conducive environment for him in a reading to learn camp.

In partnership with Save the Children, World Vision Burundi started the Reading to Learn Project, known as Literacy Boost Project. Mugisha’s mother, who is a primary school teacher, proposed herself to be a volunteer teacher in a nearby reading camp. Mugisha followed her to the camp and was very interested in the games and songs they use to teach children. Some months later, his mother was astonished to find that her son was keen to learn.

“At first I thought that he had memorized the content of the book I found him reading. I became convinced when I realized that by changing books he still knew to read their content and I was astonished,” his mother says.

Mugisha is one of the many examples of children who are no longer experiencing difficulties reading and writing while in school. “It’s not children’s fault. Before World Vision’s Literacy Boost Project, reading materials were greatly lacking.”

“How would you expect them to know reading if they are not trained to?” asks Ruphine, headmistress of Cankuzo III primary school.

To help children to access reading materials, World Vision has already created 12,000 booklets that have been distributed in 42 reading camps already set in place. More than 2,300 children are now registered in the Project.

World Vision has also planned ahead for the future of this wonderful project. In partnership with World Vision, two libraries have been constructed, and children are meeting to read after school and on weekends.

Local authorities are consistently asking World Vision to spread that project in the whole province of Cankuzo.

“We realize that children who participate in the reading camps perform better in class than those who don’t. It is important to give that chance to more children,” says Salvator, the Provincial Director of Education in Cankuzo Province.

World Vision plans to scale up this project in five other provinces and hopes that in three years, more than 10,000 children like Mugisha will be enjoying the benefits of the Reading to Learn Project.

Mugisha is now in first grade and, having attended the Reading to Learn Project, finds that learning other lessons is easier for him.

“I know so far all the letters they teach in my class. Writing numerals is also easier for me because I am already used to drawing letters. Figures and letters are not very different,” Mugisha says.