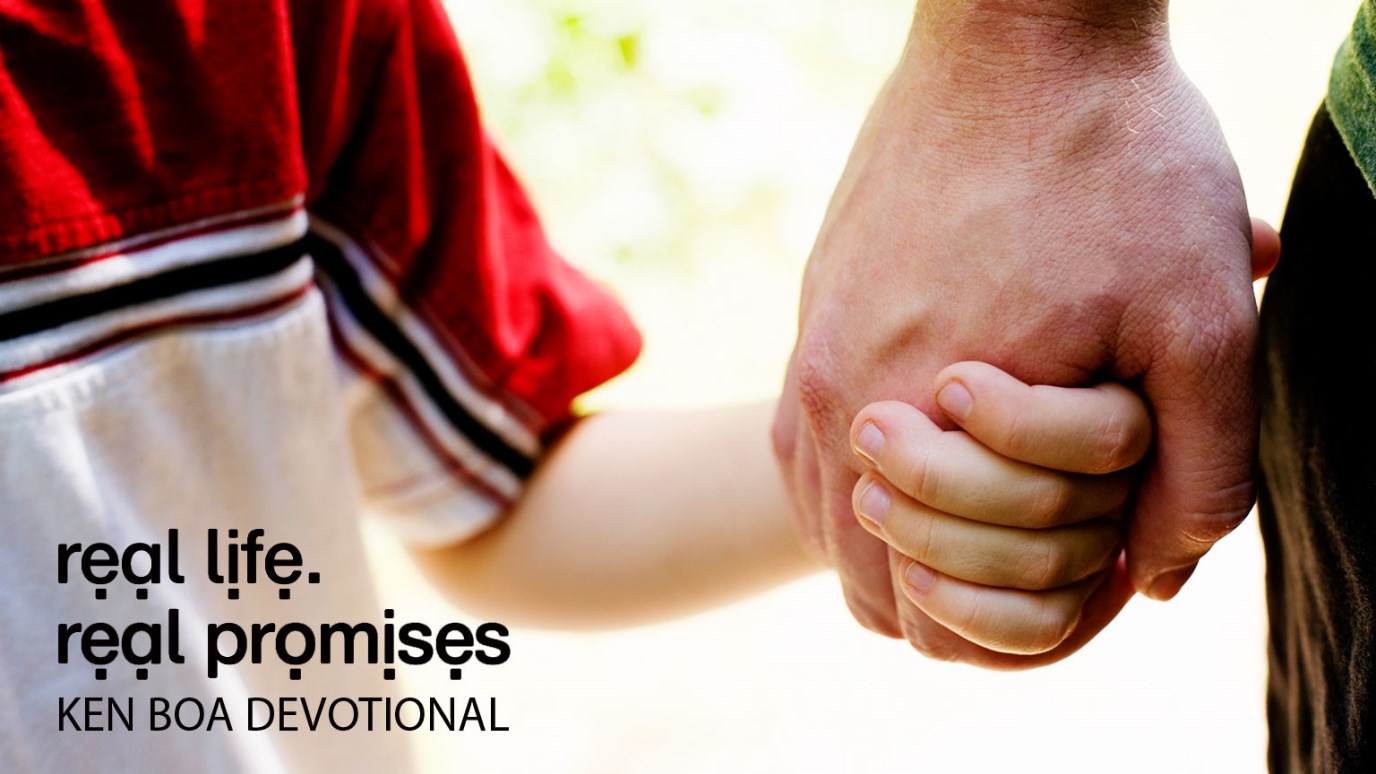 Eternal fire is not an attractive picture. But it shows how serious God is about righteousness.

A part of God’s creation order is that the young of the species go where their parents go. Granted, when salmon eggs hatch into a cloud of fry in the bottom of a flowing stream, they are on their own. But at least initially, find the parent(s) and you’ll find the child(ren). But in two cases, children stay with their parents forever.

Jesus discovered once that some of his followers didn't really believe in him at all (John 8:31, 47). The more they talked, the more he realized they were not hearing what he was saying to them—that they were speaking two different languages. Why? “Because . . . you belong to your father, the devil, and you want to carry out your father’s desire” (John 8:44). Conclusion? People who do not believe in God are the children of the devil. But some children of the devil are “born again” (John 3:3) into a new family, the family of God—and God becomes their father (Rom. 8:15-16). The apostle John summarized this distinction in one verse, dividing all humanity into “the children of God and the children of the devil” (1 John 3:10).

The testimony of Scripture is well known that Christians spend eternity in the presence of God their Father (Rev. 21:3). But Jesus also revealed a frightening truth about those who have rejected God—that they also will spend eternity in the presence of their spiritual father, the devil. In a parable, Jesus told about the division of the human race into two groups at the end of this age—the righteous and the unrighteous (Matt. 25:31-46). The unrighteous are sent “into the eternal fire prepared for the devil and his angels.” Hell was prepared for Satan and his demonic hosts, but those who belong to him from the human race will spend eternity there as well. Find the father and you find the children—in nature and in eternity.

Eternal fire is not an attractive picture. But it shows how serious God is about righteousness. As a child learns to heed a father’s call, every believer should “be all the more diligent to make certain about [God’s] calling” before that day (2 Pet 1:10).

God’s Promise to You: “I have permanent punishment prepared for the devil and his angels.”

Why a Millennial Kingdom on Earth?
Dennis Mock