Life Out of Death 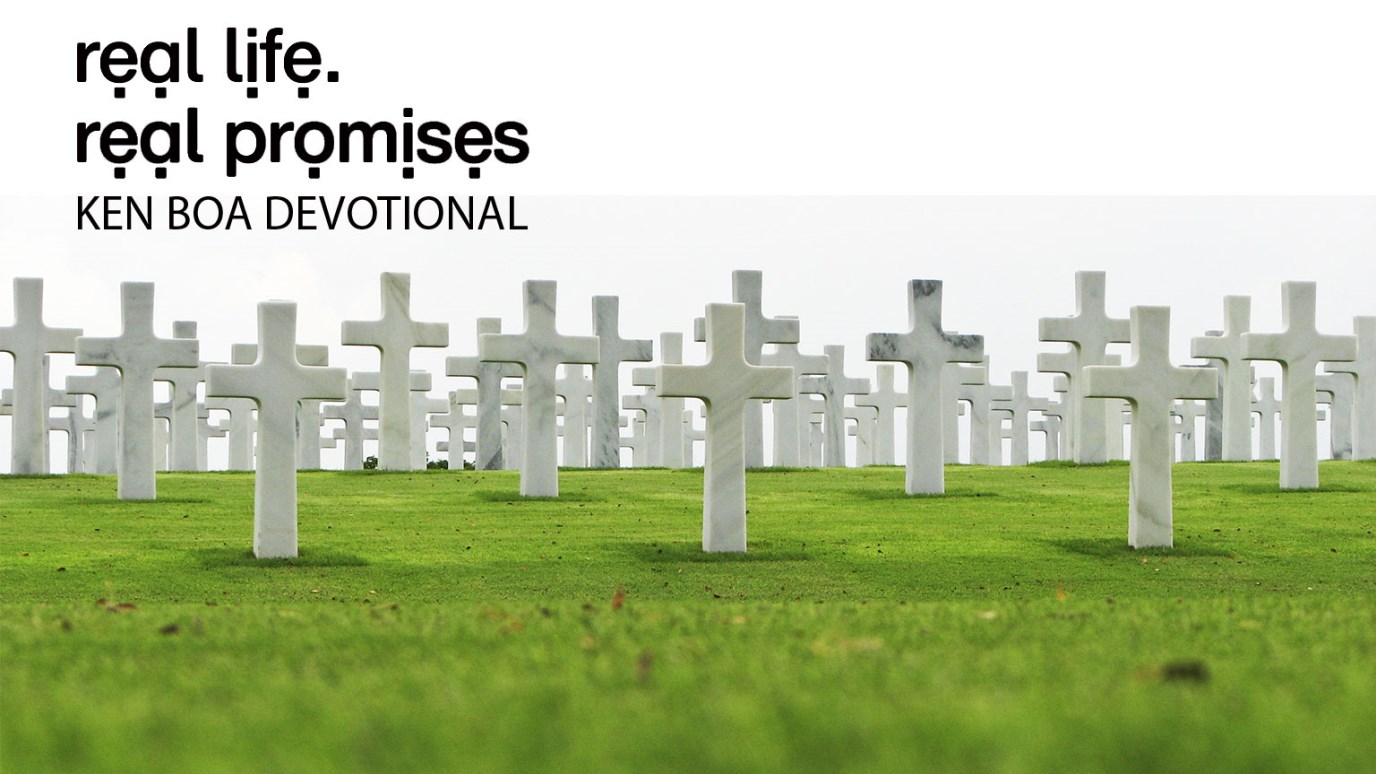 When Jesus died on the cross of Calvary, he paid the price for our spiritual freedom.

Normandy, a former province in the northwest of France, on the English Channel, is an agricultural region today. But on June 6, 1944, the beaches of Normandy were stained red with the blood of thousands of Allied soldiers who lost their lives in the D-Day invasion of World War II. On that terrible day, 176,000 troops, supported by the largest naval armada ever assembled, stormed Omaha, Utah, and other Normandy beaches. Within weeks, more than 800,000 Allied troops had massed in France for the purpose of freeing Europe, and ultimately the free world, from the grasp of Hitler and the fascist Axis powers.

It is not until one walks among the cemeteries that hold the dead of D-Day that the significance of that day becomes clear. Rows upon rows of gleaming white crosses mark the graves of the thousands who died for those who live free today. Looking at the crosses, one thinks, “As a person committed to freedom just as these soldiers were, I see myself dying with them at Normandy in 1944. Though I continue to live today, the life I live is in the same spirit of courage and fortitude that these men and women showed on that momentous day in history.”

On another wind-swept hill, thousands of miles from Normandy, and nearly 2,000 years before D-Day, stood another cross. Not the gleaming cross marking the grave of a fallen hero, it was a rough-hewn cross used for crucifying Roman criminals. Yet it was a cross of war none the less—a war for the freedom not of a continent, but of the entire human race. When Jesus died on the cross of Calvary, he paid the price for our spiritual freedom. When he was raised out of his grave on the third day, he assured that we could live free from sin, free to be all that God created us to be.

Some crosses represent the gift of political and economic freedom, and for that we are grateful. But regardless of our freedom in those arenas, one cross gives us the most important freedom of all—the freedom to move beyond the tyranny of sin into new life as the children of God.

God’s Promise to You: “My Son’s death and resurrection assures your freedom to live.”