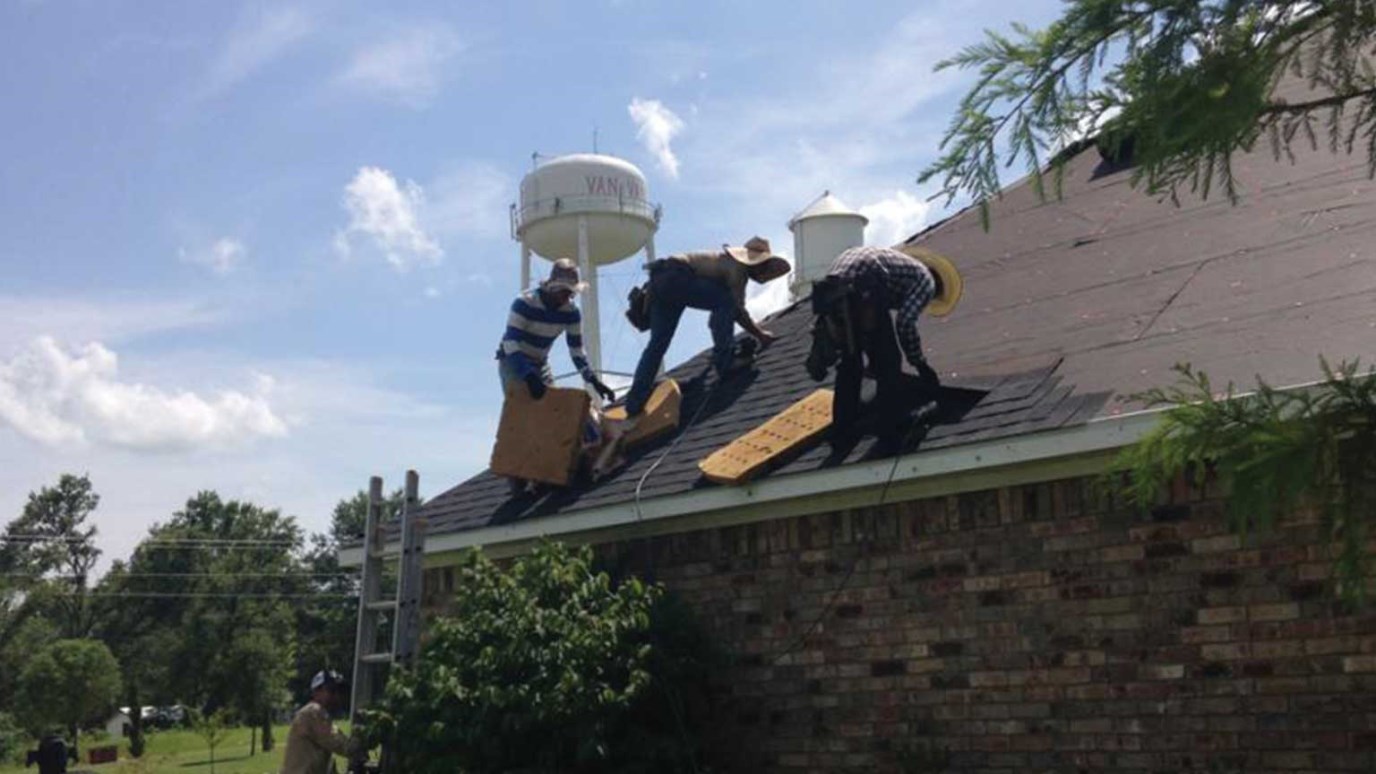 Workers replace the roof of a tornado-hit home in Van, Texas. Church volunteers are helping their neighbors, who were uninsured.

When Allison Young and her husband, Richard, heard the tornado warning siren on a May evening, they instantly dived into a closet.

“The tornado hit immediately. It was less than 20 seconds from hearing the alarm,” Allison recalls “It lasted maybe 10 seconds, and when it stopped, we could hear people yelling for help.”

Intense winds blew out windows, tore off portions of the roof, and collapsed part of the ceiling. Broken glass, insulation, drywall, and other debris filled their house, along with more than an inch of rain.

The Youngs survived the May 10 EF-3 tornado that killed two people in Van, an hour east of Dallas, then absorbed another blow: They learned their home insurance policy had lapsed earlier this year, a time when Allison had undergone major surgery.

“We already were in shock enough,” she says. “We prayed about it, and believed somehow we could come through this.”

Now the roof is replaced, thanks to volunteer workers using shingles, decking, and lumber provided by World Vision’s warehouse near Dallas.

The volunteers were organized by a World Vision partner in Texas associated with the Van Long-Term Recovery Committee.

Working to address the unmet needs of survivors, recovery committees are composed of local churches; nonprofit, volunteer, faith-based, and civic organizations; and state and local agencies

Volunteers have begun repairs on a second tornado-damaged home in Van.

World Vision also provided building materials to volunteers in Blanco, about 50 miles north of San Antonio, who will repair homes in Central Texas that were flooded two weeks after the Van tornado.