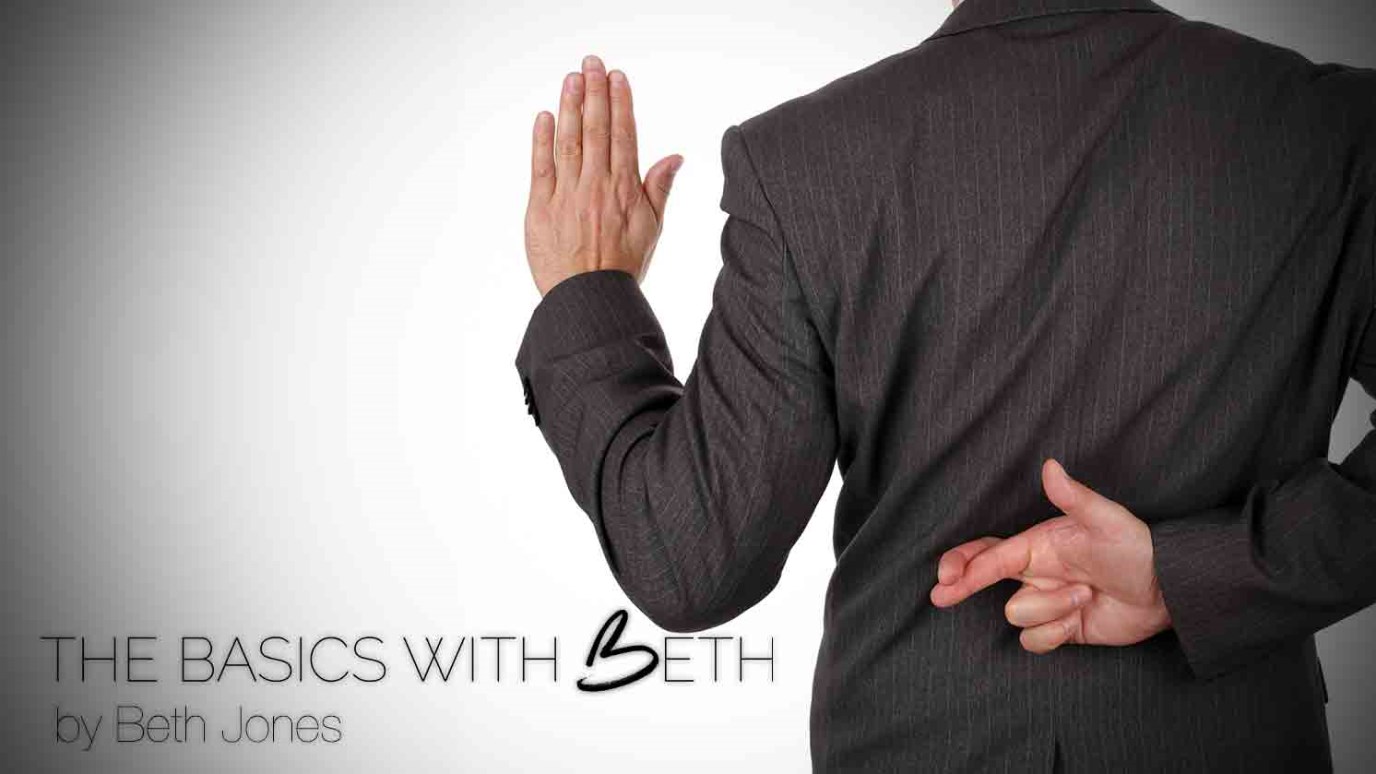 Know that whatever "truth" the devil tries to tell you is a lie. Today, resist the devil and his lies.

"You are of your father the devil, and the desires of your father you want to do. He was a murderer from the beginning, and does not stand in the truth, because there is no truth in him. When he speaks a lie, he speaks from his own resources, for he is a liar and the father of it." John 8:44, NKJV

Jesus was rebuking the religious leaders of the day when He made it clear: the devil is a liar. The devil always speaks lies. There is no truth in him at all. He’s a deceiver and the father of lies.

What does that mean to you today?

It means you can be encouraged in knowing that whatever “truth” the devil has tried to tell you – is a lie. He doesn’t have the ability to tell the truth. There is no truth in him. He could not tell you the truth if he wanted to. In other words, if the enemy has been telling you you’re a loser, the opposite must be true – in Jesus, you are a winner! If the devil has been telling you you’re going to die before your time, don’t embrace that lie; instead, rest in knowing that the opposite is true – by walking with the Lord, you’ll live a long life. If the enemy is telling you, you will never get the victory in this area or that – you can know the opposite is true. Through Christ, God always leads you in victory! No matter what the devil tells you – he doesn’t have the ability to tell you the truth, so you can absolutely rest in knowing the opposite of his lie is the truth!

The devil’s only weapon is deception. If the enemy can get us to believe and have faith in his lies, he keeps us defeated. When we believe his lies – our faith, behavior and actions follow suit and the next thing you know we are defeated, discouraged, disillusioned and in despair, and it was all the result of a lie! Untruths.

The Bible tells us that we are not to be ignorant of Satan’s devices; we are to resist the devil and his lies. In order to do that effectively, we must know the truth! Jesus told us that God’s Word is truth. That’s why reading the Bible and renewing our minds to God’s truth is such a huge deal. The more the truth dwells in our hearts and mind, the easier it is to recognize a lie. Truth always overcomes a lie in the same way that light always puts out darkness. We need to embrace God’s truth – His Word – and respond to the devil’s lies with our declaration of God’s truth. (James 4, John 10:10, 2 Corinthians 2:11)

The devil lied to Jesus during His temptation in the wilderness. Rather than getting into a mental or emotional debate on the validity of Satan’s lies, Jesus simply quenched those fiery darts with the truth – He took up the shield of faith and the sword of the Spirit when He said, “It is written…” and quoted the Word of God to the devil. (Matthew 4, Ephesians 6)

What lies has the devil been feeding you? What fiery darts have been bombarding your mind? What deception have you been tempted to follow?

Remember – the devil is the father of lies; every lie originates with him. Today, let’s do what Jesus did. Resist the devil and his lies. Let’s put on the armor of God, take up the shield of faith and the sword of the Spirit – the Word of God – and declare the real truth by saying, “It is written…” over every situation in our lives.

Say It: “Father, I can see that I have been listening to a lot of lies. The enemy has kept me discouraged, confused, disillusioned and defeated – all because of my faith in lies. Today, I resist the devil and his lies. I submit to God. I take up the shield of faith and the sword of the Spirit – the Word of God – to quench every fiery dart that has come against me. I take up the sword of the Spirit – the Word of God – and I declare the truth of the Word in my life. (Go ahead and declare, “It is written...” with the truth of God’s Word over areas of your life.) In Jesus’ Name. Amen.”