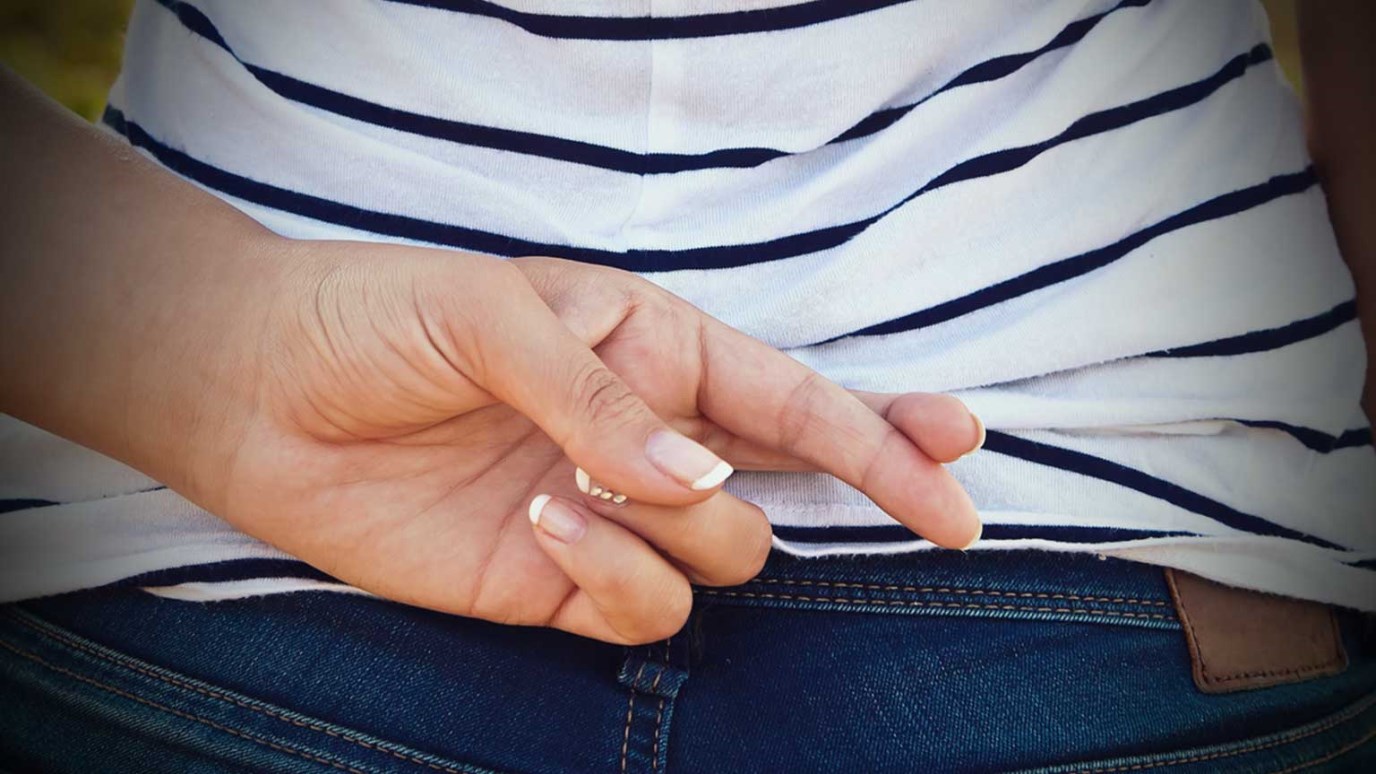 If dishonesty has become a way of life with your teen, it won’t go away with the mere passage of time. Deal immediately with every instance of dishonesty now to avoid bigger problems down the road.

"A lying tongue hates those it hurts, and a flattering mouth works ruin.” — Proverbs 26:28

There seems to be an avalanche of dishonesty across all sectors of our society today.  And when kids see dishonesty as a strategy to get ahead — as is the focus of most reality TV shows, or as a way to gain power — as it is in the political realm, it’s natural for them to emulate that.  Sadly, it’s hard to find an unimpeachably honest public figure or champion of honesty today.

Kids lie for the same reasons that adults lie … to lift themselves up, to get ahead, to destroy their competition or to protect themselves and avoid consequences.  When they spend hours daily making up puffed-up stories about themselves on the Internet, or using cruel dishonesty to tear down their enemies or competition, the lines between the virtual world and the real world begin to fade.  Kids being dishonest in a fantasy world are likely to bring that over to the real world, as well.

My friend Tim Kimmel says, “Parents should never be surprised that their children lied to them, because they gave birth to liars.  But, you cannot allow these to go on, because they will destroy somebody.”

It’s best to deal with dishonesty earlier in life, since it tends to grow incrementally with each lie that isn’t caught.  Never tolerate dishonesty when they are still young, and it will be less of a problem when they are older.  But if those days are come and gone, how does a parent deal with dishonesty in the teen years?  If you feel that your teen is lying, or if you have evidence of it, don’t attack them head-on by calling them a “liar.”  They’ll simply lie more to protect themselves, which only compounds the problem.  The better approach is to say something like, “I heard or saw this…” or “Someone said that you did this…so, why don’t we get together tomorrow to talk about it.”  Give them time to think about it and an opportunity to come forward with the truth without feeling attacked.

The first step in your meeting the next day is to let your teen know why you are confronting their dishonesty.  It is that you love them and want to help them avoid bigger problems later in life.  Demonstrate your respect for them by your demeanor, assuring them that you will move toward them in times of difficulty and struggle, not away from them.  Tell them that you can’t possibly love them any more than you do, and you’ll never love them any less, not even when they are at their worst.

Then, briefly describe the dishonest behavior.  Tell them how you feel that dishonesty is counter to your values and how destructive it can be to their future.  Affirm that you know they can do better.  Make them right the wrong, including confessing to whomever was wronged.  And finally, enforce appropriate consequences and make sure they know that you will be on the lookout for any form of dishonesty in the future.

Unfortunately, some kids may like the idea that they have become a pretty good liar, so you don’t want to build that up in them.  Rather, you want to begin to chip away at their ability to get away with lying, so they see the futility of it.  Make sure as much as you can that they never benefit from lying.

Don’t forget that requiring your teen to confess their lie, or their cheating or their stealing, to appropriate parties or authorities, and facing the external consequences for that, is often a better deterrent than any consequence you can levy.  So, tell your teen, “If you are ever caught, not only will you pay consequences at home, but you’ll be required to set the wrong right with whomever you have wronged.”

Most teenagers from good homes know that it is wrong to lie, cheat or steal (all forms of dishonesty), so if they’ve suddenly become dishonest, look for deeper issues that may be troubling them.  Peer through the smokescreen.  Look for reasons why your teen is suddenly living a double life, including the possibility that drugs or even sexual abuse are involved.  Nothing can justify dishonesty, but other factors may be why it is happening now and reveal how to correct it.

Some kids may fear that if they told their parent what is really going on in their life, they would lose the relationship.  So, lies build upon lies and dishonesty envelopes them.  In an immature way, they are really trying to protect the relationship by being untruthful.  Sounds wacky, but it can happen if your relationship is already rocky and the truth will put it over the edge.

Performance-based parents can also create an environment where lying or cheating is a form of survival for the teen.  Perhaps the parent is demanding more than their teen can bear.  So, to please their parents, they cheat on tests or plagiarize reports to get better grades, or take performance-enhancing drugs to perform better on the sports team, or go on dangerous diets to improve their appearance.

Laura, a girl who came to live with us at Heartlight, tried to keep up the perfect teen routine for her perfectionistic parents, but she suddenly snapped and took up lying and doing whatever she pleased.  I noticed as we attempted to help Laura that her parents seemed to criticize our every effort as well as hers.  I discovered just how difficult it was to please them, and I could see that Laura’s dishonesty was rooted in her feelings of frustration.  If you find yourself criticizing your teen’s every move, lighten up.  Don’t drive your teen to dishonesty just to please you.

So, where do kids learn integrity?  From you!  Good or bad habits nearly always rub off on your children.  If you’ve been dishonest, don’t be surprised to also see it in your teen.  Try to set things straight by first apologizing to your kids and show them how you’re working to be more honest.  Teens need their parents to speak the truth, at all times.  They know when you aren’t being truthful, so determine to be a loving, truthful parent, no matter how difficult the telling becomes and that will be a powerful legacy of integrity to leave your children.

If dishonesty has become a way of life with your teen, it won’t go away with the mere passage of time.  It needs to be confronted or it will reappear at significant stress points in their life, and that can land them in real trouble.  So, deal immediately with every instance of dishonesty in your kids today, and you’ll be avoiding bigger problems tomorrow.