Letting Go of Our Poverty Myths 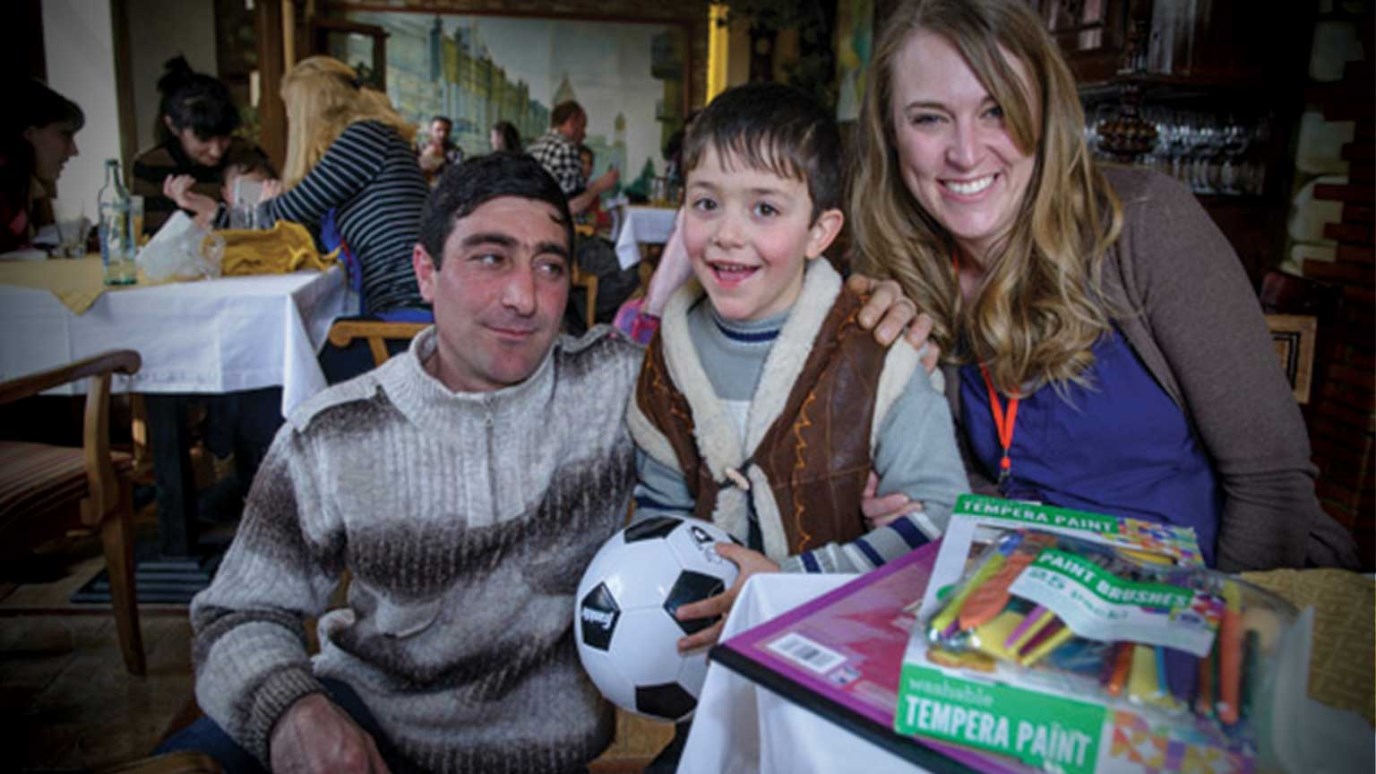 When blogger Addie Zierman traveled to Armenia this winter, she carried with her myths about what poverty was and what it would look like when she met the boy she sponsored.

When blogger Addie Zierman traveled with us to Armenia this winter, she carried with her myths about what poverty was and what it would look like when she met the boy she sponsors.

Read what Addie learned about the truth of poverty, and what it means to a five-year-old boy.

Most of what I know about poverty are myths.

What I know about poverty is wide-angles and broad strokes. It’s filtered and fictionalized. I know the story of the good, hard-working, honorable poor, against whom the deck has been stacked. I know, too, the story of the ignoble poor—alcoholics who can’t keep jobs, drug addicts and prostitutes, high-school drop-outs who keep getting knocked up.

I am a white, middle-class girl from an affluent Chicago suburb. I live now in another suburb near Minneapolis, and though my husband and I have, at times, struggled to make ends meet, we’ve never known poverty. The shades of it. The nuances of it. All the secret and hidden feelings; the way it bleeds through all the lines and fictions we use to define it.

I came to Armenia thinking that I understood. I came with my glossy photo of my sponsored child, and I had invented a story of mythic proportions of what all this would be like. The details were fuzzy, but I knew that my fictional sponsor child would be sweet, grateful, and a little dirty around the ears. He will love me immediately, I thought. He will be speechlessly grateful over the gifts I’ve brought him. He will crawl in my lap, and I won’t miss my boys so much.

He is also kind of a rascal.

He spends the first fifteen minutes of our lunch meeting on Saturday with his face hidden in his vest, ignoring me in spite of his father’s pleas. When he comes out at last, he is sassy and wild-hearted and not about to snuggle up his brand new World Vision sponsor for a cute photo-op.

I give Aleksandr the soccer ball I brought him, and he kicks it across the restaurant and laughs loudly when it glides behind the bar. “He’s a little bit naughty,” his father says with a shrug and a wistful smile. “My boys, too,” I say with a grin.

Aleksandr roundly ignores the plate full of food in front of him. “My children are picky eaters, too,” I tell the father, and he shakes his head and gives Aleksandr a woeful look. “Now that Alie’s father is back for a little while, they cannot be parted from each other,” the translator tells me. Every now and then, Aleksandr’s father shovels a spoonful of something into his mouth, and he sighs and accepts it.

Along with the soccer ball, I give Aleksandr a set of paints and paintbrushes and suggest that he share it with his friends. “ALL IS MINE!” he says, then he does that crazy laugh again. The translator whispers to me. “Aleksandr is an only child. He is still … learning … to share.”

He never does give me a hug, but we karate chop at one another for a while, and he tells the translator that he plans to break my airplane so I can’t leave … so I think that means he likes me?

Today is Sunday. I spent the afternoon wandering around the city of Gyumri, thinking about myths and poverty and beauty and reality. It’s the first day of Spring here, and the snow is starting to melt, leaving the streets wet and muddy under my boots.

We pass the blown-out windows of an old textile factory, and there are snow pants hanging from a ledge. I wonder if someone lives there, in that crumbling place. On that same street, there is a gaggle of Armenian teenage girls in high-heeled boots and blown-out hair. In the park, young boys play soccer, and old men play backgammon on benches, and the lines that define “poverty” for me are washing out, changing, becoming indistinct in this broken, beautiful old city.

The truth is, poverty is not a myth, and it’s not a stereotype. It is not the primary definer of a life—or at least it shouldn’t be. It’s not just a backdrop of some heroic tale. It’s not a personality trait.

This is not some story about “The Westerners” coming to help “The Poor.” This is a hundred thousand different stories. This is about Andranik and Janet and Nikol and Ani. It’s about Anahit and Vahan and Mariam and Margarita.

This is about beautiful, broken people who are happy and sad and noble and petty. This is about real people who get grumpy and frustrated and ecstatic and sleepy. Who make mistakes. Who spoil their children sometimes. Who give up every now and then … and then get back up and try again. It’s about the ways that the community is learning to come around each other, and the ways that organizations like World Vision are helping with that.

It’s about Aleksandr, who is not a caricature of my imagined version of “poverty”—but a regular, wild, five-year-old boy. He likes Power Rangers and he misses his Dad and he’s going to school for the first time this fall. He doesn’t really know what to say about any of this. A few years from now after a couple dozen sponsor letters from our family, maybe he’ll understand what this day was about and why we were there. But for now, he karate chops me in the arm and grins an impish grin … and for a moment I am part of his complicated, beautiful, many-faceted story.

It’s a story of poverty and joy and love and hope and life, and my heart fills up with it all as I watch him put on his hat and gloves and walk out the door.