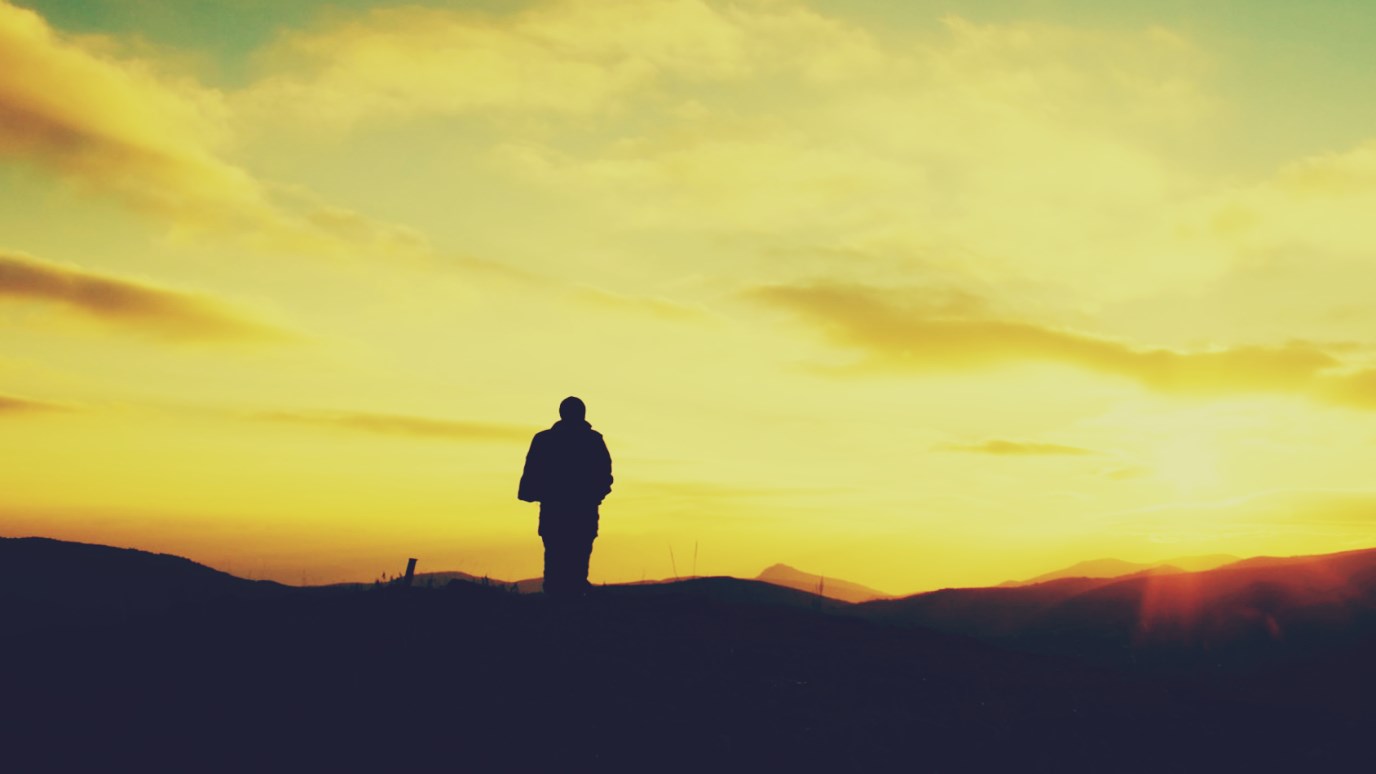 Angela Yuan shares her struggle about letting God have His way in her son's life.

The phone rang as I finished the paperwork for one of Leon’s patients. I picked up the receiver, and my heart skipped a beat as I recognized a familiar voice that I hadn’t heard in a while.

“They want to expel me. I’m meeting with Dr. Johnson next week. He said I’m out of second chances.”

I could hardly breathe. “You said ‘expelled.’ Do you mean dismissed? Like before?”

“But we just got a letter about your graduation,” I said. Just last week, Leon had received an invitation to be part of the graduation ceremony and place the doctoral hood on Christopher. We were making travel arrangements, planning to attend the commencement ceremony in a couple of months.

“I know. Can you believe that I just ordered my cap, gown, and hood?” Christopher asked. “But it doesn’t matter anymore. The associate dean has had it in for me since I got here. I’m gone.”

“But you’ve already passed all your national board exams.”

“Can you believe they’re doing this to me? And I’m so close! I guess when you’re the associate dean, you can do whatever you want. They could have done all this sooner, but then they wouldn’t have gotten four years of tuition out of me. Now there’s eighty thousand dollars in student loans down the drain! How am I supposed to pay those back if I can’t practice dentistry?”

I sat in silence as I realized my dreams for Christopher were drifting away. I’d wanted to be a grandmother to his children; that would never happen. I had hoped he would work in our new office as a dentist; now that possibility was gone too.

So many times I had prayed, Lord, do whatever it takes to bring this prodigal son out of that far country to you. Maybe this was the answer to my prayers—the rock bottom I was waiting for. Could this be the one thing that would cause Christopher to surrender to Jesus? Still, my heart broke to see him going through this. And to think of him without any career, degree, or future—my soul ached just thinking about it.

“There are so many students in school who are worse than me,” Christopher started up again. “This is a personal vendetta... Dr. Johnson hates me... It’s so unfair!” Christopher’s voice took on a different tone—not of remorse or repentance, but one that was shrewd, even deceptive.

“You know, Mom, a few years back there was another student who was also going to be expelled. His dad is a dentist. Pretty well connected in the dentistry world.” I had an idea where this was going.

Christopher continued. “The guy’s dad came down here and demanded to speak with Dean Robinson, Dr. Johnson’s boss—and he threatened to sue the school.” I was uncomfortable with the tone of Christopher’s comments, and yet this was his future. Leon and I sacrificed so much to come to America so our children would have a better life. “You know, Christopher, a lot is at stake here. I need to talk with Dad about this. Can I call you back later? Will you answer the phone this time?”

I started fasting and praying, asking God for wisdom and discernment. I had no idea what it would look like, but I had a clear sense that Leon and I needed to step aside and get out of the way so that God could work in Christopher’s life.

A week later, Leon and I flew to Louisville to meet with Dean Robinson... In the past, I would have been full of shame that my son was in such trouble with the school. But since coming to Christ and realizing my own brokenness and need for forgiveness, I knew that Christopher’s rebellion was really no different than my own sins. It was just that Christopher’s were more obvious. We’re all sinners, and knowing that helped me stop worrying about what other people thought.

In the waiting room, Leon and I sat next to each other and across from Christopher. Wearing a suit and tie, he was looking his best, hoping to make a good impression on the man who had the authority to end his dental career before it even got started. Christopher was tense—I could see it in his face as beads of sweat gathered on his forehead. But he acted as if he would win this battle with the school, especially now that his parents were at his side.

Leon, after all, had taught at Loyola’s dental school before it closed in 1993—and was now considered an adjunct clinical instructor at Louisville’s dental school. He knew one of the associate deans here, a man who had moved down from Loyola. It wouldn’t be hard for Leon to put pressure on the administration—enough pressure to let Christopher graduate with a DMD in May.

The room was silent, except for the ticking of a clock on the wall. More waiting. It seemed that I was always waiting. Before, waiting would drive me crazy, and I would strive to do whatever it took to make things happen. But now I began to appreciate the discipline of waiting. A few days ago during my morning quiet time, I read in Psalm 46: “Be still, and know that I am God.”

As hard as it was, I knew I had to quit striving and trying to make things work my way. But rather, I had to let God do things His way and in His timing. I just hoped the time had finally come.

I knew Christopher would have to hit rock bottom before turning around. I had hoped his dismissal in 1994 would serve that purpose. Later, I had hoped his breakup would be the turning point.

Now I hoped that this situation—the threat not just of dismissal but expulsion—would be the catalyst that would cause Christopher to surrender his life to Christ. I didn’t want things to get any worse.

At last Dr. Robinson’s secretary said we could go into his office. Dr. Robinson was dean of the dental school, Dr. Johnson’s superior. He met us at the door and greeted us with a cordial smile and handshakes. “Dr. Yuan, Mrs. Yuan,” he said, “it’s a pleasure to see you again.” He nodded at Christopher and shook his hand too. “Chris.”

Dr. Robinson was a gracious and dignified man. The situation could have been very uncomfortable, but he was polite and civil. Still, there was tension in the air. The last thing the dean needed was a lawsuit against the school.

He invited the three of us to take a seat, and he sat down behind his desk. “Dr. Yuan, Mrs. Yuan,” he said, “as you know, Christopher is an adult. And it is unorthodox, indeed, for me to meet with the parents of an adult student to talk about his academic situation.” He tapped a pencil on the edge of his desk. “But... I’m sure we can find a way to talk through this respectfully and productively.”

“Yes,” Leon agreed. “And I really appreciate you taking the time to meet with us.”

I spoke up then. “Dr. Robinson, it’s a very serious thing to expel a student only a few months before he graduates with a doctoral degree that has taken him six years to earn—two years at Loyola, two years here, and then repeating another two years as a result of his dismissal.”

Dr. Robinson said, “Yes, Mrs. Yuan, I realize that, but....” Leon chimed in, “Dr. Robinson, I know you are aware that Christopher has incurred huge student loans for his past four years as a student. Without a professional degree, he will have no means to pay back the loans.”

Dr. Robinson opened his mouth to speak, but I continued. “Dr. Robinson, I have prayed long and hard over the last few days, and I think it’s important that neither Leon nor I get in the way of what God might do in Christopher’s life.”

Dr. Robinson gave us a puzzled look and seemed not to understand what I had just said. Christopher was glancing nervously between Leon, me, and the dean.

“What I’m saying, Dr. Robinson, is that we should not try to influence the school’s decision one way or the other. We know that you and your administration would not make a hasty decision, and that you would look over all the information and do whatever you think is right. Christopher hasn’t told us all the details of why the school is expelling him, but we trust your administration will make the correct decision.”

Dr. Robinson was uncertain of what to say. There was a pause, and I continued. “I’m sure that few parents have met with you who didn’t try to influence the school’s decision. But we want to do what is right for Christopher.” I took a deep breath. “Actually, it’s not important that Christopher becomes a dentist. What’s important is that Christopher becomes a Christ follower. Leon and I have flown down to Louisville to tell you”—I looked over at Leon—“that we will support whatever decision you make. I only pray that my son will turn to God.”

Dr. Robinson just looked at us. He was speechless. Christopher’s face began to turn red. Anger painted his eyes as he gripped the armrests on his chair.

Although my heart was breaking over Christopher’s renewed anger toward us, I was at peace that we were not getting in God’s way and enabling our son. Instead, we expressed our position and gave witness to the priority of a life surrendered to God above all else—even one’s career.

As a mother, I didn’t want my son to experience pain or difficulty. But God’s ways are not my ways, and sometimes letting a child face the consequences of his own actions is the only way to show true love. In fact, just that morning I’d read Proverbs 3:12: “The Lord disciplines those he loves.”

We walked through the office doors and took the elevator to the ground floor, where we exited into the bright March sunlight. Christopher walked in front of us, still fuming about what had just happened.

“Yeah, me too,” he answered, squeezing my hand. “I just hope that this is it and that things don’t get any worse.”

Living Out Your Influence: At Home
FullFill