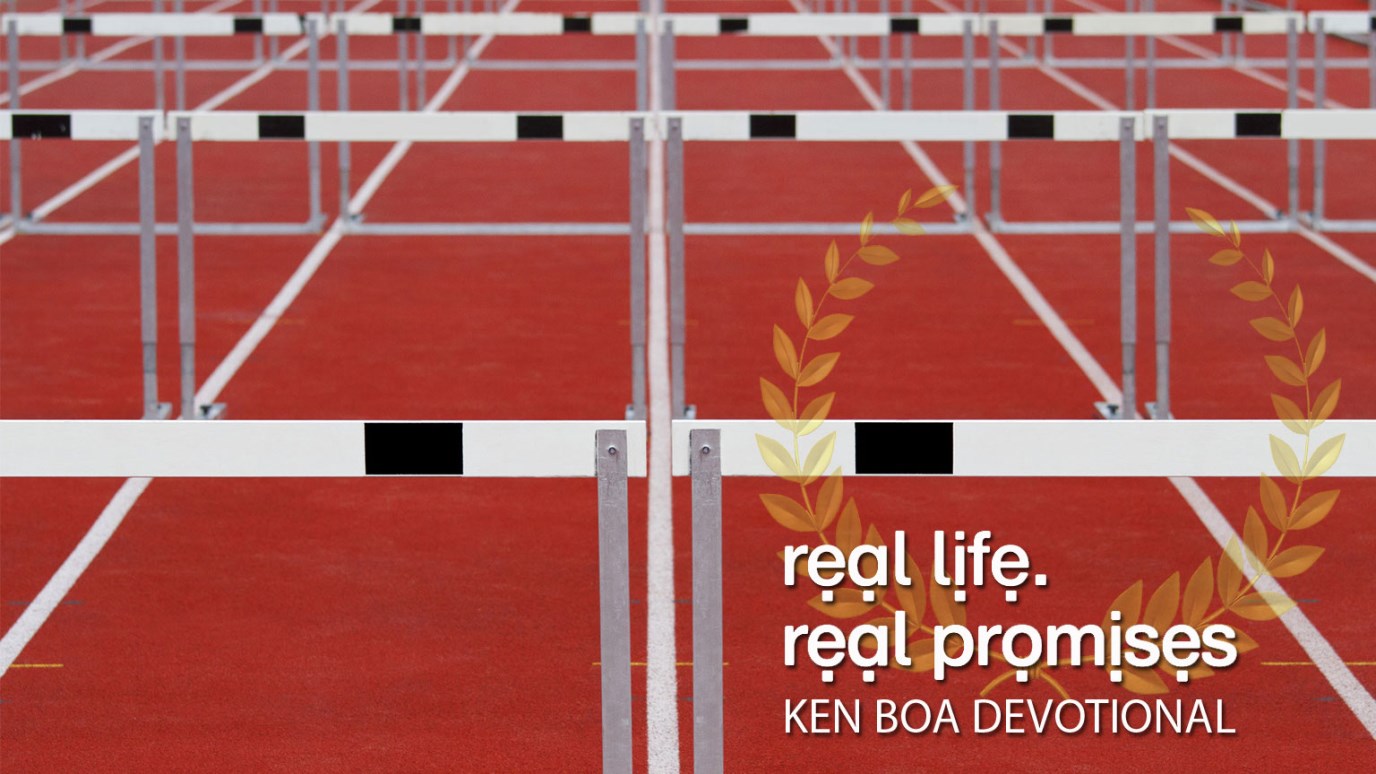 When your spiritual life becomes a test of endurance, think of the crown of everlasting life God gives to all who persevere.

Regardless of how their success rewards them later in life, during the games Olympic athletes are supposedly motivated by a purity of devotion to their sport. While their gold, silver, and bronze medallions are modest rewards, they make the original Olympic “medals” look pale in comparison.

From the 8th to the 3rd centuries B.C., the Olympics developed into a showcase of self-discipline and athletic skill. The human body, tuned to perfection, was a thing of great glory to the Greeks. As a result, Greek athletes punished themselves for the privilege of winning, and wearing . . . a crown of leaves! That’s right. Years of pain produced nothing but a garland of oak, ivy, parsley, myrtle, or olive leaves—a prize that would wither and shrivel within days of its attainment. The image of a crown of leaves became a well-known symbol of the prize for endurance, devotion, and self-discipline in the ancient world. And it became a point of contrast for the New Testament writers.

The apostle James told his readers, who were undergoing spiritual rather than athletic tests, that if they persevered they would receive, not a crown of leaves, but the crown of life. In fact, the anticipation of enjoying life in heaven forever should make them “blessed,” or contented, in the midst of their trials. For their trials would eventually cease, but eternal life will never cease. It was for that reason that Paul contrasted the Greek athlete’s crown—a crown that would not last more than a few days—to the crown God gives “that will last forever” (1 Cor. 9:25). Likewise, Peter called the reward for faithfulness given to church leaders a “crown of glory that will never fade away” (1 Pet. 5:4). But regardless of the differences in the value of the crowns, saints and athletes do have this in common: Crowns are given only to those who endure and win the race.

When your spiritual life becomes a test of endurance, think of the crown of everlasting life God gives to all who persevere. If it helps to picture an athlete’s crown, make sure you picture it with leaves of gold—a crown of the highest value that will never fade away.

God’s Promise to You: “Those who endure to the end I reward with life that never ends.”
More Sermon Clips Add To Library Add to My Devotionals Favorite Share Like 3

Not to Worry
Dr. Ken Boa

Hope Came to Us
NewSpring Church

Come Home!
Martin Manser
Follow Us
Grow Daily with Unlimited Content
Uninterrupted Ad-Free Experience
Watch a Christian or Family Movie Every Month for Free
Early and Exclusive Access to Christian Resources
Feel the Heart of Worship with Weekly Worship Radio
Become a Member
No Thanks