Learning to Lose and ‘Dropping the Rope’ 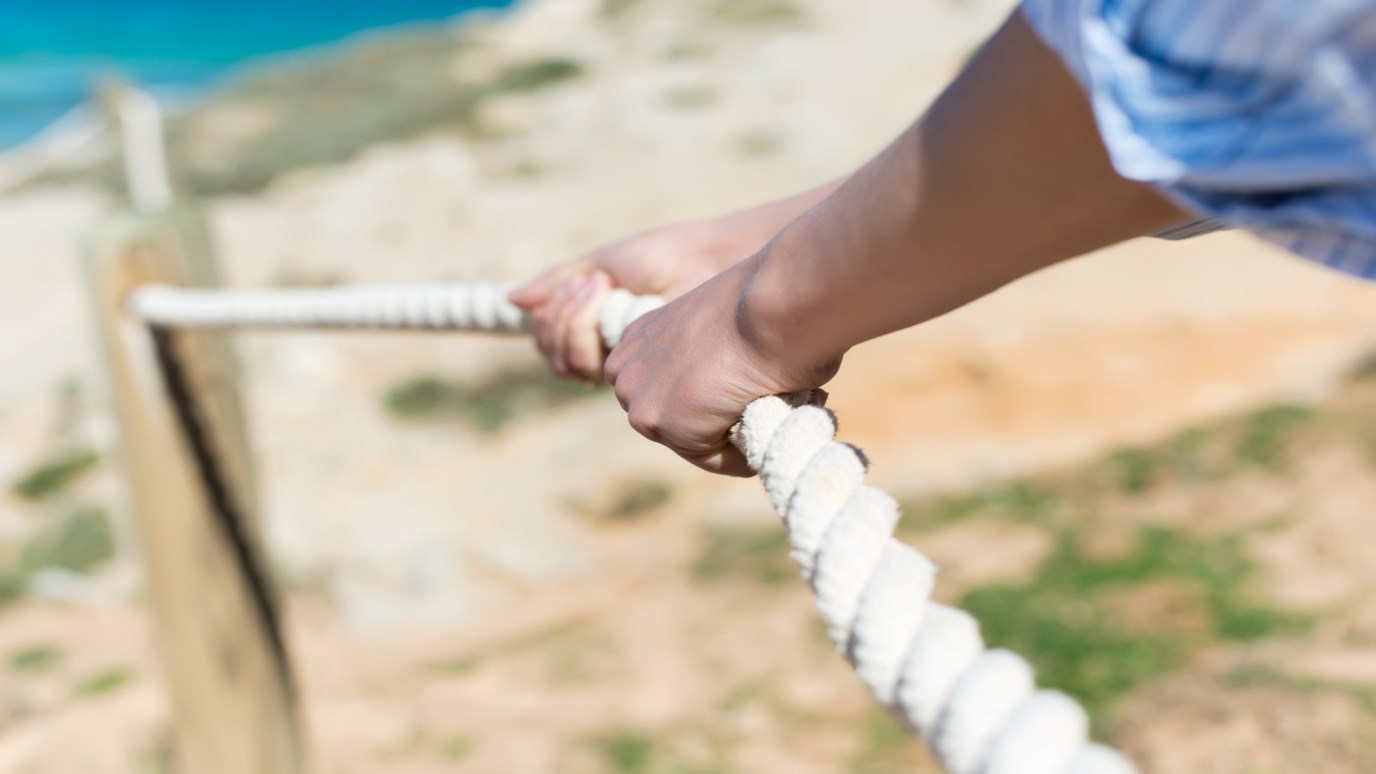 Conflicts with your wife should never be about winning and losing. If they are, you’ll lose every time.

No one likes losing, but ‘learning to lose’ might just help your marriage.

Let’s talk about conflict, and conflict with your wife in particular.

It begins in that moment you realize you just crossed the line. You’ve struck a nerve, or she’s struck one in you. It goes downhill from there.

Both my wife and I have a hard time holding our tongues when something’s said that’s wrong. I speak, trying to explain the truth to her and vice versa. It’s on. I think she’s ALL ‘feelings’ and she doesn’t think I have any. She can say anything in the world about me and never think for a moment how it sounded or how it made me feel. And I talk to her like she’s a fifth grader, insulting her intelligence with my rational ‘facts.’

Even if the facts get researched and what you thought to be true was true, you still lost. You made her feel bad. You feel bad, even if you’re vindicated with facts. You lost even though you won.

Assuming you “step in it” often, either by putting her on the defensive or defending yourself, what do you do? How can you learn to lose?

Husband-and-wife conflict has two dimensions… the content of the conversation and the emotions being felt at the time. The content usually doesn’t matter. The emotions do. What I’m about to share is about the emotional piece.

The most helpful idea I’ve heard is called “drop the rope”. A friend of mine authored this concept and its helped a lot of people.

Imagine a tug of war. You’re holding one end of the rope and she’s holding the other. As soon as you feel her tug, you drop the rope. You don’t resist. The facts are still the same, but the emotional pressure never materializes. You simply refuse to tug back. You opt out of an emotional response.

You can’t let this turn into the ‘silent treatment.’ That’s no good.

And you can’t be dishonest or disingenuous. You don’t have to lie or compromise your ideas or your view of the truth. You simply drop the rope at the first tug and disarm the emotional grenade that’s lying pinless on the floor.

The people who win at tug of war go a step further. They pay attention to the other side and anticipate when the big tug is coming. If you’ll learn to pay attention to your wife, you can learn to see stuff coming and be ready to drop the rope before it’s tugged. Better still, you can learn not to tug the rope yourself. (They used to call this “pulling her chain”, but that doesn’t sound good.)

Understand… I’m not a psychologist. I’m a business guy who’s recovering from a serious case of defensiveness. Couple that with a critical spirit and you’ve got a man who’s very hard to be married to and get along with. So I don’t share out of my strength. It’s out of weakness.

And the stuff you’re in conflict over, the old saying “Don’t sweat the small stuff” is useful. What they forgot to say is “It’s all small stuff”. Counselors are constantly amazed at the petty things that start huge fights… fights that lead to contempt and (ultimately) divorce.

Next time you feel tension building in the conversation, try ‘dropping the rope’.

Question: ‘Dropping the rope’ and ‘giving grace’ are the same thing. True or false?

Giving Yourself Up
Great Commandment