Learning to Count At Age 15 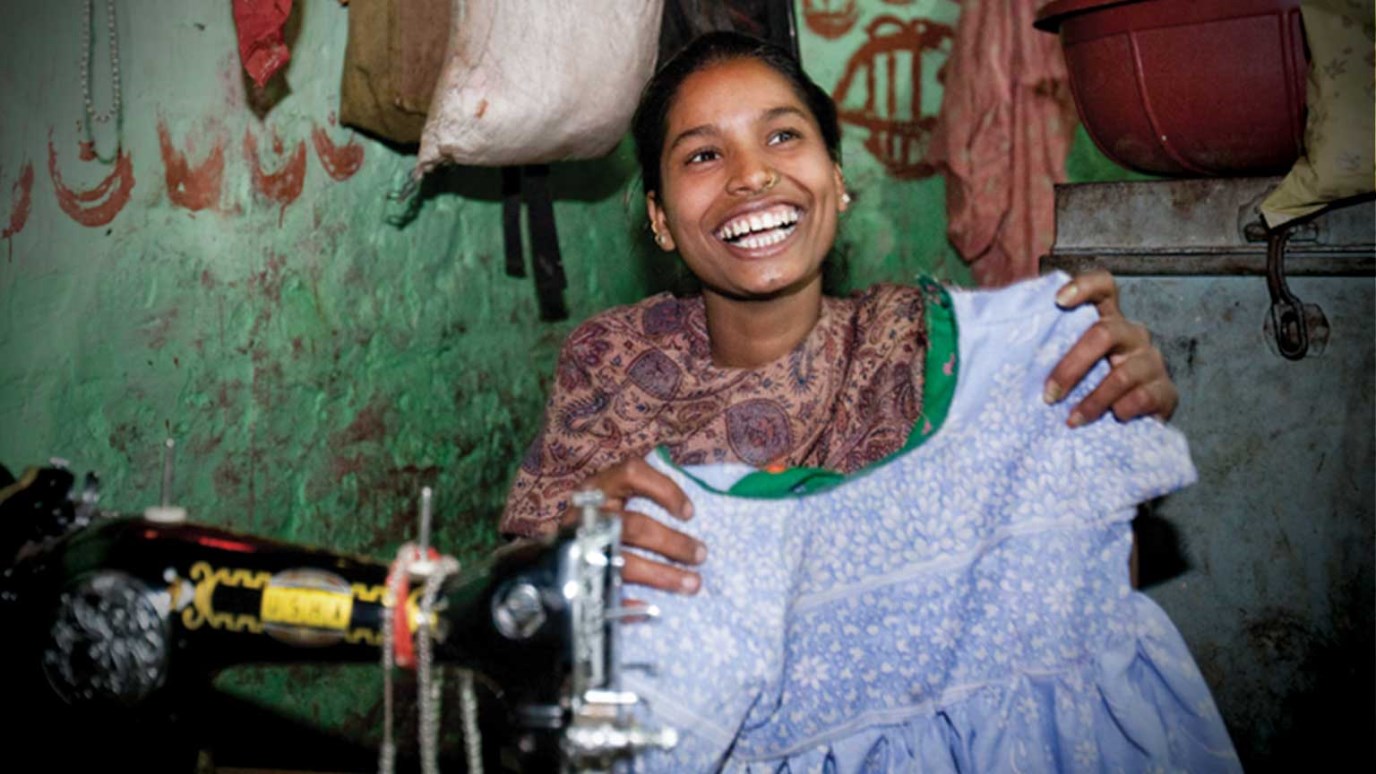 Sonam's family struggled to make a living, so education wasn't a priority for the children. World Vision focuses on improving the quality of education in schools in India and has started remedial classes for approximately 7,500 students.

Today's story comes from the slums of New Delhi, India. Sonam's family struggled to make a living, so education wasn't a priority for her life. In many developing countries, this is a reality faced by young girls, as depicted in the film Girl Rising.

Eka…do…tina. The first three numbers in the Hindi language now come naturally to Sonam. Her dimpled cheeks and childlike smile reveal her pride.

At age 15, Sonam has just learned to count.

Sonam and her family live among the most impoverished populations in her slum in India. About 10,000 people call it home. Situated behind an underpass, heaps of decomposing trash line its entrance.

Inside, a maze of narrow pathways leads to the one-room dilapidated homes where many of her community members live. With no running water and little income, many survive on meager meals once a day.

Many people in Sonam’s community migrated to New Delhi in search of work. But with few options available, begging and rag-picking became staples for survival. Sonam spent her days rummaging through trash for plastic and metal to resell. In her community, rag-pickers are mostly girls.

Aside from selling chili and lemon garlands -- traditionally thought to ward off evil spirits -- Sonam’s father has no work. He relies on Sonam’s support.

Because girls are especially at risk of exploitation, World Vision helps them find alternative ways to earn money while keeping up with their studies. World Vision gave Sonam a sewing machine and helped her enroll in tailoring classes.

“If we were not in the community, I’m sure many of the girls would be married by now,” says Raifiel. Although the legal age for marriage is 18, Raifiel adds that uneducated girls can be given in marriage as young as 11.

Through eight drop-in centers, the child restoration project offers informal education to more than 1,000 children like Sonam in slum areas throughout New Delhi.

When World Vision began working in Sonam’s area in 2009, most of the children and adults were illiterate.

“When we first came into the community, no one was going to school,” says Raifiel. “It didn’t occur to people that they could take a different direction.”

Dreams for the future

Looking back at her former way of life, Sonam says, “When I woke up, I would go to pick rags. I only had one meal a day. Now, I collect sticks for fire, cook, and go to the tailoring center to learn.”

Through the child restoration project, Sonam participates in drama skits that highlight the benefits of education and warns against the dangers of child labor.

“It’s important for 5- and 6-year-olds to understand the importance of studying, and I encourage them to study,” says Sonam.

Today, the bright teenager has high aspirations for the future. “I want to become a doctor,” Sonam says. “I want to help poor people who don’t have money for medical care.”

Adds Raifiel: “More than anything, our project has brought in hope.”