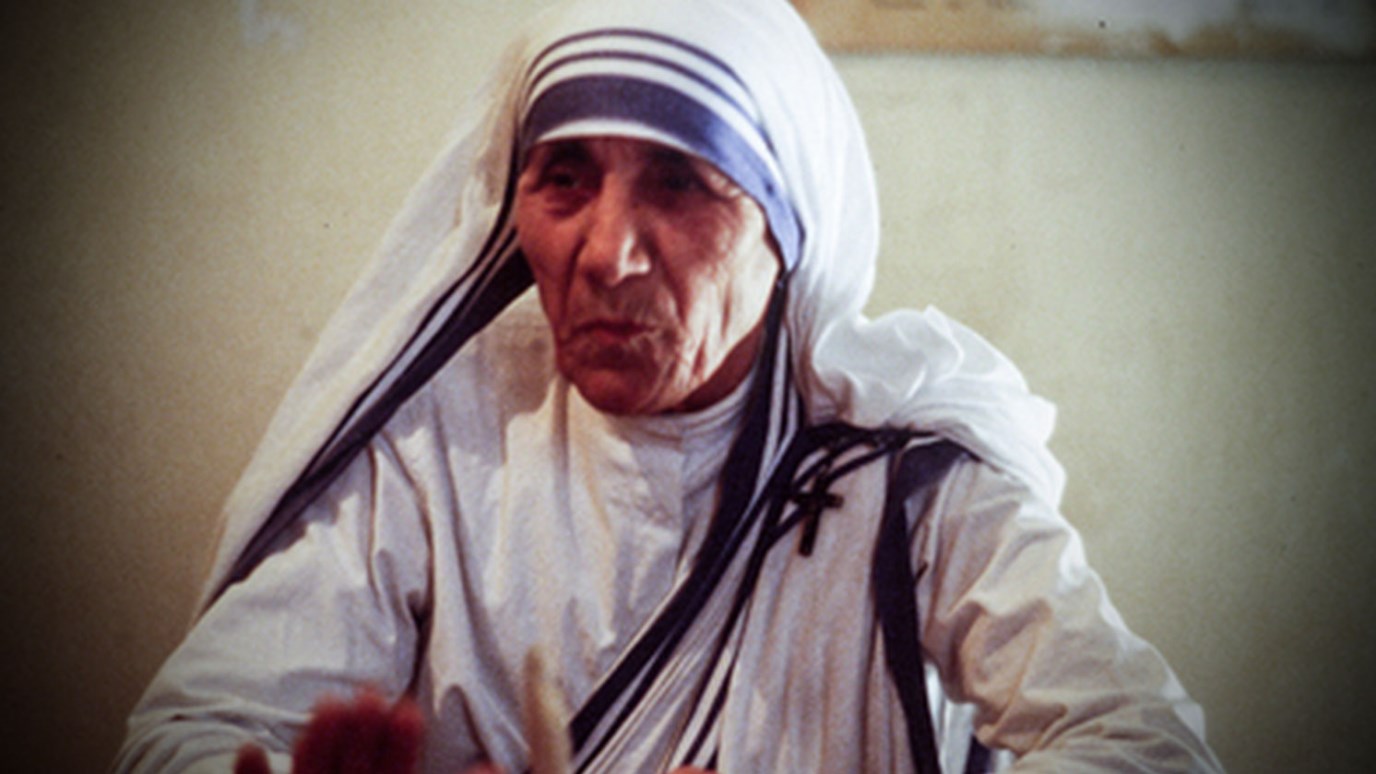 No wonder the world celebrates Mother Teresa! She was admired universally for her unselfish concern for the poor.

Mother Teresa was canonized as a saint by the Catholic Church. It is remarkable that this humble woman who stood barely 5 feet tall became a global celebrity, sought out by heads of state and venerated by just about everyone on the planet. What attracted people to her was the quality of her character and her remarkable ability to love the unloved. And yet, the Christian faith that Mother Teresa so embodied has become increasingly scorned by non-religious Americans in the 21st century.

In a column in The New York Times, Nicholas Kristof asked a very provocative question: “What Religion Would Jesus Belong To?” Kristof contrasts the cultural and political battles that Christians have been known for over the past several decades with the character of Jesus and opined that if only Christians would seek to be more like Jesus, they would inspire and attract a watching world.

Kristof writes that he finds nothing inspiring in the trappings and rituals of religion, but the selfless believers sacrificially serving others in the world’s toughest places “fill me with an almost holy sense of awe.” He adds, “Now that’s religion.”

He makes a good point. Christians today in America are more often known for harsh judging, stridently enforcing doctrines, and seeking political power to legislate Christian values. All the things Jesus wasn’t about.

No wonder the world celebrates Mother Teresa. When someone was in need, Mother Teresa didn’t see race, gender, creed, or economic status; she saw a brother or sister to help and love. She never judged people. She wasn’t even trying to change society. Her compassion for the destitute and dying launched the Missionaries of Charity, now active in 139 countries, but her focus was on individual action — a smile, a kind word. “We can do no great things,” she said, “only small things with great love.”

If all Christians, or even most Christians, acted like Mother Teresa, letting their love and the character of their lives demonstrate their beliefs, our Christian faith would be more attractive and compelling.

I’m not saying we all join religious orders and move to the slums. But there’s plenty of room for improvement in how Christians resemble Jesus, the source of love and proof of love, who never judged or labelled people and never allowed himself to be dragged into the politics and power plays of his day. While continually speaking about his Father’s love, Jesus healed, included, and encouraged the “lost sheep” — no matter what kind of lives they had lived.

What would Jesus do?

The key is simply to more deliberately imitate Jesus. We need to be better at love — especially loving those who may not seem worthy of our love.

If Christians were to embody the verse 1 John 4:19, “We love because he first loved us,” how different would our communities and world look? A lesson from Mother Teresa is that there is a constant need for “small things with great love” in our daily lives. This can start with being kind to the retail clerk and the coffee barista or serving in a soup kitchen or women’s shelter just across town. It can extend to giving to support children and families living in extreme poverty around the world.

Loving like Jesus starts with seeing every person as made in the image of God and precious to the Creator. Just that — leaving our biases, fears, and politics aside. And it is practiced by following Jesus’ straightforward directions in Matthew 25: feeding the hungry, giving the thirsty something to drink, welcoming the stranger, clothing the naked, visiting the prisoner. Mother Teresa saw Jesus “in the distressing disguise of the poor,” and we can also see him in the refugee, the former child soldier, the AIDS sufferer.

In a world of conflict, inequality, and rampant distrust of “the other,” Mother Teresa’s brand of humble yet radical love is in short supply. It’s not just for saints and Nobel Peace Prize winners. The more we Christians demonstrate our faith through acts of love, the more we reflect the compelling love of our God, who “so loved the world that he gave his one and only Son, that whoever believes in him shall not perish but have eternal life” (John 3:16).

More Than a Misfit
Revive Our Hearts

Helping Those in Need
Dr. Charles Stanley
Follow Us
Grow Daily with Unlimited Content
Uninterrupted Ad-Free Experience
Watch a Christian or Family Movie Every Month for Free
Early and Exclusive Access to Christian Resources
Feel the Heart of Worship with Weekly Worship Radio
Become a Member
No Thanks