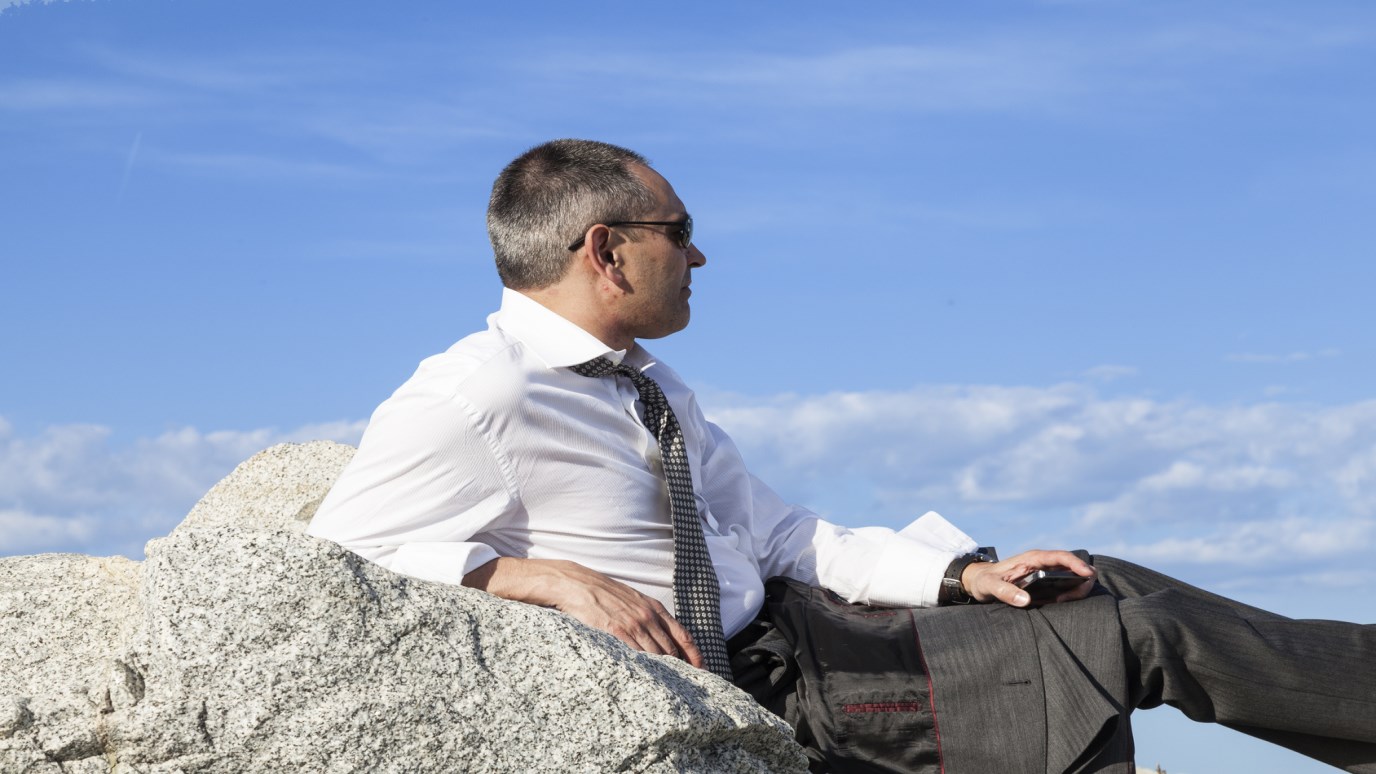 Ask yourself, “What’s my price? What would it take for me to disobey God?” Hopefully, your commitment is non-negotiable.

Along with the costs of leadership come many opportunities—some positive, some negative. Many leaders have access to information or financial resources that they could use to their personal advantage. Others travel widely and almost anonymously, and have ample opportunity to compromise their purity. Still others use their position to unethically crush the competition—whether internal or external. Whether the temptation is money, sex or power, many leaders sell themselves out. We read about the higher profile cases on the newspaper headlines every day.

Every leader should periodically ask, “Do I have a price?” A godly leader’s commitment to God should be such that he or she will obey him no matter what he or she is offered to compromise. Unfortunately, Saul—the leader who had everything a nation could want—lacked such commitment.

When the pressure was on, instead of obeying God’s command to completely destroy the Amalekites, Saul spared the king and the best of the livestock (v. 9). That was Saul’s price—a defeated king to gloat over and expanded wealth through owning animals, one of the major contemporary wealth indicators. Later, when Samuel confronted the king, Saul feebly explained that he had saved the best for the Lord. Instead of owning his sin, he rationalized it.

So ask yourself, “What’s my price? What would it take for me to disobey God?” Hopefully, your commitment is non-negotiable. Such commitment is a crucial element in the character of a leader. Reread this tragic story of Saul’s disobedience to God and think through the tragic consequences of his failure.

Obedience to God and Who God Is

A brief overview of Israel’s history shows that the fundamental problem of God’s covenant people was their repeated failure to obey God’s commands. God always blessed their obedience, but their habitual disobedience was the cause of their misery and their eventual downfall. Clearly, there is a basic principle here that applies to our own lives as well. Read Deuteronomy 10:12-13 to see God’s loving requirements for His people.

God’s requirements in this passage relate to trust and the obedience that flows out of trust. Since our natural disposition is to trust in the visible rather than in what we can’t see, we will engage in a spiritual conflict as long as we walk this earth.

In one sense, God’s requirements of us are quite simple: fear him, walk in His ways, love him, serve him, obey His commands. All these things are facets of one thing: a growing personal relationship with the God who has already demonstrated His unflinching commitment to our best interests. Note well the stated purpose behind the commands in this passage: they are for your own good. The more we realize in our thinking and experience that God always seeks our good, the more we will be willing to trust and obey Him in what He asks us to do and to avoid. Do you really believe that everything the Lord commands you to do is for your own good, as the passage indicates? If so, what mental process is going on when you decide to pursue a course of disobedience? What is the connection between knowing God and obeying Him?

Obedience to God and How I Think

When obedience to God is costly, why be obedient? All of us had better have an answer to that question before we find ourselves in the vise of a tough decision. Three young men put their lives on the line rather than disobey God. We see why in Daniel 3:16-18.

Most of what God requires is so easy and beneficial to His followers that we do it without even thinking about it. A smaller number of commands require discipline, commitment, accountability groups -- some intentional decisions and maintenance. But periodically the leader finds himself or herself backed into a corner. That’s when it’s crunch time: “Obey God and lose the deal,” “Obey God and kill the chance for a promotion.” For these three young men it was, “Obey God and lose your life.”

For Shadrach, Meshach and Abednego -- and for all of us -- obedience at that level requires a clear conviction. At that level, obedience is never based on what’s at stake, what’s to be gainedor lost. It is only based on what’s real. To these three men the furnace was real. The threat on their life was real. The choice they faced was real. But, more importantly, so was the Sovereign God.

For these three young men, this issue was highly focused. Although two conflicting orders were given, the issue wasn’t so much “What was the order?” but “Who gave it?” For these three, the order of a king who could take their lives would never  take precedence over the will of Almighty God. Their story of courage has inspired untold numbers of believers who have faced the fire -- both literally and figuratively -- over the centuries. Let their courage work its way into your life as well.

Obedience to God and What I Do

There will be times when obedience to God means saying no to our personal desires. Jesus modeled such obedience in the Garden of Gethsemane. Author Vernon Grounds helps us appreciate the mindset that enabled Jesus to obey His Father even when it meant going to the cross.

This is the ultimate statement of obedience. What Jesus wanted at this moment was not in line with what His Father wanted. Following the Father’s will led Jesus to an agonizing death and unimaginable separation from God. Jesus was fully aware of that, yet He still professed His conviction that God’s will was best. Although no human will ever know the depth of suffering that Jesus faced in that quiet garden, His statement in this moment of decision should be every leader’s response to the Almighty God. Vernon Grounds calls this attitude of obedience  “the Gethsemane mindset” (p. 42).*

The Gethsemane mindset is the attitude of trustful self-surrender demonstrated by Jesus as He prayed to the Father, not what I want but what You would have. It is the renunciation of our own human feelings, desires, hopes, dreams and ambitions so that God’s purposes may be accomplished. We develop this mindset as we follow Jesus’ example. We set our minds on doing the will of God, obeying Him even though obedience involves denying self and surrendering anything that would interfere with the fulfillment of the divine purpose. We do this in the confidence that, as we  follow our Lord’s example, we are going to experience beyond loss and loneliness and pain the joy and blessing and glory which mean unimaginable self-fulfillment.

Jesus Christ ultimately fulfilled His glorious purpose only through obedience to His Father. The ultimate test of any leader is his willingness to obey the same Father to whom Jesus entrusted Himself.